When you think of Luis Figo, what’s the first thing that comes to mind? For me, it’s the inhuman-sized cojones of the man to make this happen …

Early on in his career, Luis Figo seems to be the predecessor of a certain Cristiano Ronaldo – in that he worked his way up through the ranks back home with Sporting Lisbon [‘Sporting Clube de Portugal‘] before making his way to the ‘big time’. Only, where ‘CR7‘ had his route to Spain diverted by a brief (and beautiful) stop-over in England, Figo went hell-for-leather and signed for FC Barcelona once they showed interest in 1995.

Although they aren’t the team of today, nor did their name hold as much gravitas as it did now, FC Barcelona were a fantastic side by the time Figo was able to mature into his role on the wing. In fact, I mention in an earlier ‘Ultra Stories’ article that Barca (then managed by Sir Bobby Robson) came close to signing Alan Shearer but had to ‘settle’ for another option.

Well, yeah they did! An ‘option’ nicknamed Il Phenomeno!

The team was completely stacked with Robson at the helm and, though he was only there for a single season (thanks largely to the backroom politics lingering at the Camp Nou), it helped set the tone for a largely successful era for the Catalan giants.

So much so, that it prompted their Madridian rivals to take action in as vulgar a way as possible. And this we enter their infamous ‘Galactico’ period.

The first of two, apparently!

Yes, I’m aware that it’s not even a real world but, at its core, this Galactico policy involved Real Madrid using their exorbitant wealth and notoriety to buy themselves a ‘super team’ – comprised of nothing but the best and most expensive players available on the market; no matter how much they cost nor who they played for. And as it turned out, FC Barcelona’s very own Luis Figo was at the top of their wish list!

” I thought that Barcelona were not treating me properly by not paying me according to my importance at the club. The chance of joining Real Madrid came up but the directors of Barcelona assumed I was bluffing them.”

Luis Figo
on his move to Real Madrid in 2000

Well, he wasn’t bluffing – not one bit … and neither were Florentino Perez or Real Madrid. €62 million later and Luis Figo was presented as the very first Galactico, and whilst much has been written about his time at the Santiago Bernabeu and how this policy came to fruition, I’d prefer to focus on something which doesn’t get spoken about nearly as much as it should.

What this image represents is something far greater than any football statistic can illustrate, and in fact we need to delve a little more into the worlds of commercialism and finance to understand its effect. Firstly, this proved once and for all that Real Madrid had an indelible heir of superiority over their rivals – both in a monetary and alluring sense.

Secondly, being able to obtain a seemingly ‘invincible‘ player only helped to heighten the overall gravitas of the club – thereby expanding their fanbase and implying that not a single player around the world was truly resistant to their attraction; not even their fiercest rivals.

Most importantly, the sheer simplicity of this doctrine was something that any kid or young fan / footballer could get on board with – therefore placing Real Madrid atop their Wishlist whenever a new shirt came out, or their trials were taking place.

And the signing of Luis Figo lit the touch paper for this.

In my opinion, this stands out as being perhaps the most audacious and groundbreaking transfer of all time – and one where the social media pincers of today would have worked overtime to keep under wraps. It was cunning, outrageous and simply … galactic!

At Ultra United, we love to debate! So, What do you think about the Luis Figo deal? Share this post on social media and tag us in your response! 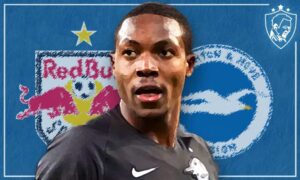 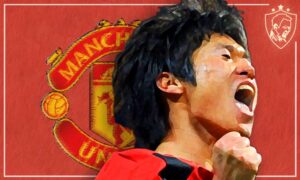 I pride myself on my desire to heap praise upon those who deserve it most – (even when the wider media fail to do so). 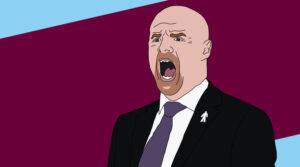 In other words: Has Sean Dyche reached the ceiling with Burnley? Or has their new takeover changed things for them? Burnley find themselves just above 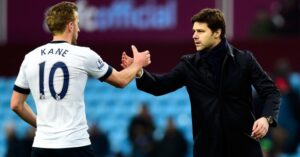 He is … the ‘adopted Scouser’. The machine in Benitez’s attack. The underwhelming acquisition who went on to become an undisputed fan favourite in the 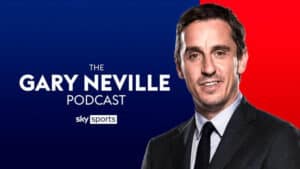 Given his rise through the media punditry ranks at Sky, it seemed as though the invention of ‘The Gary Neville Podcast was nigh-on inevitable! As