Are We Seeing the End of the ‘El Clasico’ Dynasty in Spain? 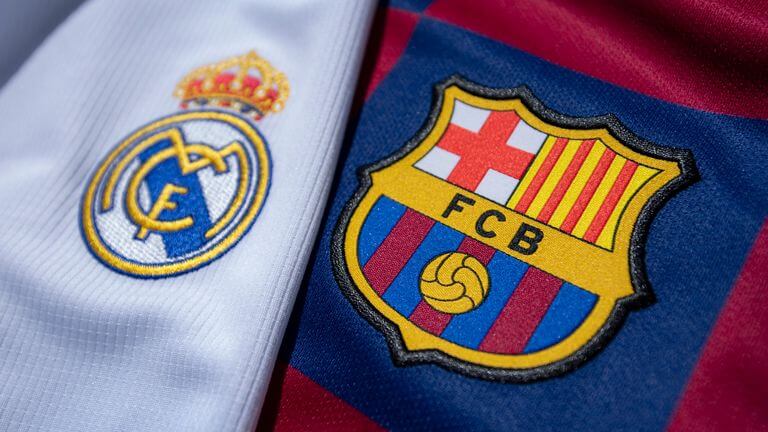 Best clubs in the world? Two names instantly come into consideration, rolling off the tongue without a moment’s thought. How could they not? Barcelona and Real Madrid have ruthlessly dominated world football for the past decade and a half. 8 Champions Leagues in 13 years (2005 – 2018), 5 Club World Cups in a row (2014 – 2018), every La Liga title since 2004 bar one. It’s hard to question the efficiency of their operations.

Yet, with Atletico likely to win the La Liga title and both clubs stuttering in Europe, many are beginning to do just that! It could easily be dismissed as a blip, a season gone wrong. But, scratch a bit deeper and the long-term signs don’t look so favourable …

Barcelona, after the embarrassing Suarez and Messi melodramas of last summer, really needed some positives on the pitch to distract from their backroom disasters. Sitting in 3rd, 8 points off Atletico, those distractions are not coming. Saddled with overpaid ageing stars and a gross debt of €1.4 billion, it is hard to see the positives for a club that couldn’t even afford the €230,000 upfront costs for Eric Garcia in January. Not what you’d expect to see from the more conservative half of the ‘El Clasico‘ derby.

After years of disastrous mismanagement under Rosell and Bartomeu, the incoming president will have to start his term by raising €200 million in funds this summer. Unable to spend and desperate to offload, it’s not the usual recipe for success. A fact worsened by the likelihood of losing a player that regularly scores at least a third of their goals. For free… Even with Messi’s finishing, the last three years have seen a steady decline from the dizzying heights of 100+ goals a season between 2011 and 2017, with the club only managing 86 last time out.

A lack of goals is an even more pressing concern in Madrid. Since Ronaldo’s departure, they have struggled to replace his attacking prowess. The club’s 100+ heights of 2009 – 2017 fell sharply to a total of 63 and 70 goals in the past two La Liga seasons. Sergio Ramos was the only player other than Benzema to net 10 or more goals last season. Compare that to 2016/2017 when seven players were on that list. Or 2017/18 when Bale and Ronaldo scored 65 goals between them. Benzema may have stepped up to the plate but, the supporting cast in Hazard, Rodrygo, or Vinicius Jnr have not.

Mbappe, a quick fix for the Galactico’s failing forwards? A gross debt of €901 million might get in the way of that. It’s not quite the dire straits at the Nou Camp but, Florentino Perez’s €525 million vanity project to redevelop the Bernabeu has put their finances seriously off-course. Perez is a man who rarely gets the criticism he deserves. His success is undoubted but, at what cost?

Players wages are partially paid in €200 million loans, the presidency is so undemocratic that you have to raise €75 million just to stand against him and the club is run like a racketeering squad. Politicians, media moguls and mafia bosses all entertained for the benefit of Perez’s sovereignty.

Both ‘El Clasico‘ clubs look bereft of a long-term project, only focused on the short-term solutions that have caused these financial crises. Perez’s decades of unsustainable spending, to develop his ‘Galacticos‘ brand, is finally coming to bite. Bartomeu, in trying to emulate Perez’s Galacticos, has brought a well-run club, steeped in Catalan values, to the brink of bankruptcy and corruption. And perhaps the return of Joan Laporta may go some way to remedying his faulty principles – but only time will tell on that one …

If there is any hope of either club maintaining their place on the world’s top table, a back to basics approach is needed. No more wasteful €100+ million signings on Coutinho, Dembele or Hazard to plug the gaps. Then again, they can’t afford it even if they wanted to. The solution: focus on the wonderkids, build back the neglected academies that have given the world so many stars. It may not bring instant success but, it will no doubt create a more sustainable future than they have now.

Positives? The promise of a new presidency at Barca and Koeman’s willingness to play exciting youngsters like Fati is hopeful. Perez’s immovable grip at the capital less so. If they really believe Mbappe is the only solution, it’s going to be a long road ahead. But if any teams were capable of pulling off such developments, it’s this lot!

What do you reckon? Is this the end of the fabled modern-day ‘El Clasico’ saga? Let us know in the comments below!