How & Why Jadon Sancho is a Great Manchester United Purchase! 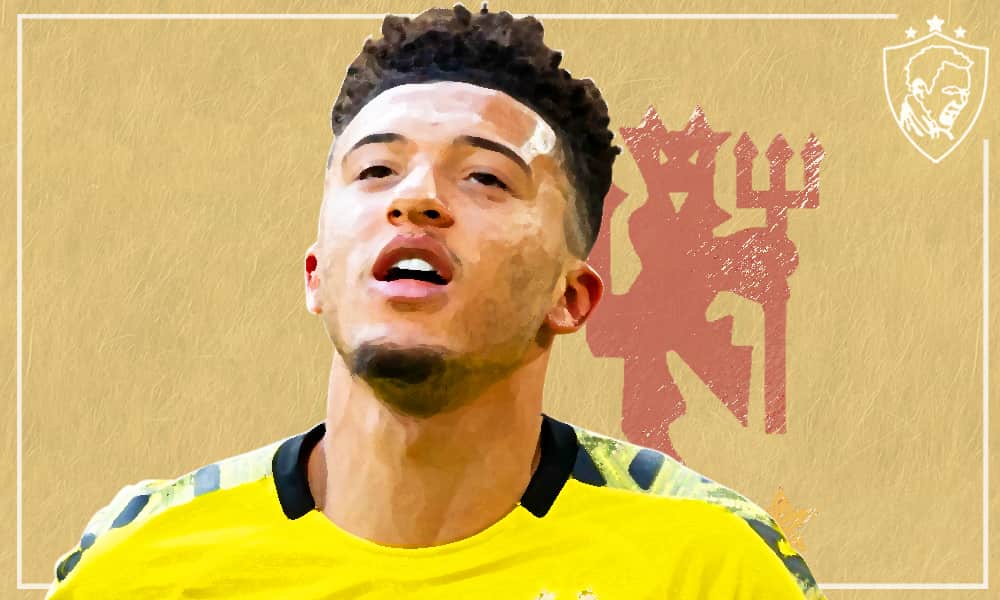 Though he may not have featured much for England at Euro 2020 (for whatever reason), United fans worldwide can rejoice whenever this deal gets over the line.

Given all of the hype and build-up in the lead up to this, I’ll never actually believe that Jadon Sancho is a Manchester United man until he’s officially revealed by the club. For now, with his deal agreed ‘in principle’ with the Dortmund board, let’s just assess how this could look in reality whenever the formalities are satisfied for him to join.

On the face of it, the actual deal itself looks like a pretty fair one. Coming off the back of three stellar seasons at BVB, the club are set to recoup a handsome profit for the youngster they purchased from the other side of Manchester. For United, a rough £75million fee is a pretty solid investment. Not just when you think that fee was almost doubled last season, but also in the light of his current talents and potential long-term gains.

For a past couple of years now, United have been incessantly linked with the signing of Jadon Sancho. In fact, the lack of deal has been some of the driving force behind the fans’ #GlazersOut message for their inability to spot talent and put some strong faces behind the footballing development of the club. But with John Murtaugh and club favourite Darren Fletcher installed at the forefront of this, Sancho’s signing couldn’t be anymore welcome.

In terms of his own ability, Jadon Sancho has racked up an astounding 36 goal involvements in 44 appearances for Dortmund in all competitions – with 16 coming courtesy of a strike from his own and the remaining 20 in the form of assisting teammates like Haaland, Reyna and even Bellingham. Keep your eye out on that latter lad, btw!

His style is something akin to your atypical winger of present day. Unlike the Daniel James-type figures on that side of the forward trio, Sancho doesn’t appear to be the type of winger to get his head down, go to the by-line and simply put the ball across. Sure, he’s able to do that, but that’s probably his Plan B operation.

Instead, his style is one where onlookers ought to come to expect the unexpected. Casually drifting into the middle and able to switch sides with his opposite number, Jadon Sancho is your archetypal, effective and explosive ‘Inside Forward’; capable of shifting onto either foot, going at defenders and wriggling out of tight spaces to unlock formations and set his team in earnest on goal. And that’s exactly the type of player Manchester United need.

Currently, the Red Devils front-line roster are as follows from left-wing, through to centre-forwards and the right-wing: Marcus Rashford and Anthony Martial, Edinson Cavani and Mason Greenwood, Amad Diallo and Daniel James. A lot of the time, some of the aforementioned players (especially Martial and Greenwood) have had to vacate their preferred spots on the pitch to make up for the lack of depth the squad possessed on either flank.

So, with the arrival of Sancho, you’d imagine that the club are looking to him to make that right-wing spot his own. In such a state, Rashford and Martial can aid each other in collectively certifying their efforts from the left, and Greenwood can grow into that centre-forward role under the pupillage of the soon-to-go Edinson Cavani.

Moreover, Jadon himself could soon find himself in a teacher-like role of his own. With James and Diallo still with some top-level development to do, having some healthy competition on their side could do wonders for how they settle in United colours. All in all, this could be a phenomenal piece of business from the Reds if all goes well …

How do you reckon Jadon Sancho will fare under the expectations that come with being a Manchester United player? Let us know in the comments below!

previousEnock Mwepu: A Salzburg Starlet w/ a Big Opportunity in 2021/22
nextCarlos Tevez: The Illegal ‘Hammer of the Year’ for 2006/07