When Rafael van Der Vaart Surprisingly Came to Spurs in 2010 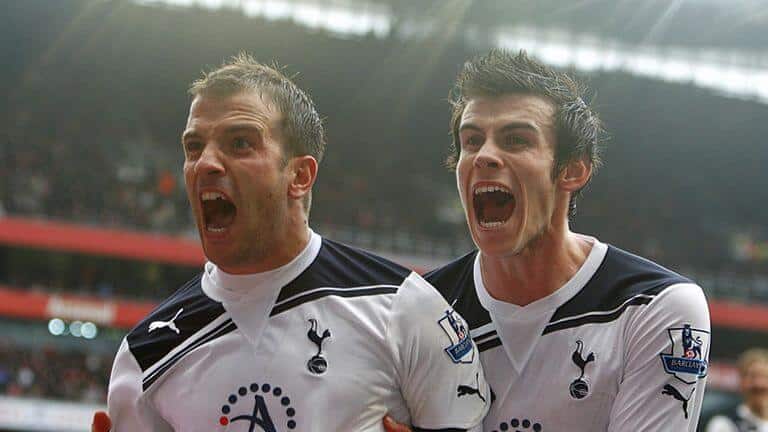 It’s an expectable career progression, right? Breaking through the famous Ajax system. Being poached by Real Madrid. Before being shipped off to Spurs. Yeah … completely expected.

When talking about some of my favourite playmakers growing up Rafael Van Der Vaart is high up the list for me. An attacking midfielder who oozed class, possessed an exquisite first touch, vision and an impressive left foot, the guy had some serious tekkers! Where his lack in outright physicality was outweighed by his envious quality.

Coming up through the Ajax ranks alongside Wesley Sneijder and labelled “the new Johan Cryuff” he was certainly an exciting young prospect to watch in the early to mid-2000’s. When YouTube first came about, he was one of the first players whose skills, flicks, tricks and dribbles for Ajax and Holland I would sit and admire (watching him link up with Snieder, Van Persie and Robben was a thing of beauty btw!) envisioning what club would end up requiring his services often bringing him to whatever side I was managing on career mode on FIFA. Ah, good times!

After a strange stint at Hamburg which left fellow fans the world over perplexed at the choice. He joined Real Madrid in 2008 at the age of 25. A side going through a squad overhaul as you would call it with the famous Galactico era well and truly over – Madrid attempted to fill the void with Dutch talent that had been impressing around Europe. Altogether including the mentioned Sneijder, Arjen Robben, Klass-Jan Huntelaar and now Rafael.

Enduring an underwhelming spell in Madrid where he suffered some injury issues, along with the fact that Real were struggling in the shadow of Pep’s Barcelona, the club invested heavily in Cristiano Ronaldo, Kaka and Karim Benzema which meant Van der Vaart’s playing time was fairly limited, and was subsequently made surplus to requirements in the summer of 2010 (not long after coming runner up in the World Cup against Spain).

Newly appointed Real Madrid manager José Mourinho was given the task of bridging the gap between them and their Catalan rivals. Keen to rebuild his squad, Jose wanted to make way for young future stars Ozil, Khedira and Di Maria to the further expense of the gifted Holland international, it’s a surprise that not more clubs were sniffing around Van der Vaart as he was only 27, and surely still had a lot to offer in top tier football.

This is where the genius of Harry Redknapp came into play. Never someone to turn down an opportunity for good business as well as a mercurial talent who’s fitness had to be worked around to the benefit of his teams (Kanu and Merson spring to mind), a very late attempt was made to bring Rafael Van Der Vaart to White Hart Lane.

With Champions League football in the bag, Redknapp and Levy flexed some of Spurs’ newfound European pedigree and set their sights on the out of favour Dutchman on deadline day.  After an apparent deal between Madrid and Bayern Munich for Rafa had broken down, the duo saw an opening to try lure him to North London. On the last two hours of the window Spurs made Real Madrid an offer of £8 Million. A real bargain by today’s standards!

Due to some computer issues, Redknapp had to request special dispensation from the Premier League to allow the transfer, and Spurs eventually they got their man in the very early hours of the 1st of September! As an Arsenal fan and Rafael Van der Vaart admirer, I can’t have been the only one green with envy when all this came to pass …

With a great team around him, having the likes of Modric in midfield, a solid Kaboul leading in defence a young and pacey Gareth Bale on the left wing and not to mention there being Robbie Keane, Defoe, Pavluchenko, and Crouch to choose from up front, it looked as if he could be the missing piece of the puzzle in Redknapp’s exciting side. And so it proved to be, that with the motivation to prove Madridian doubters wrong, he didn’t take long to hit the ground running in North London. Even earning him the Player of the Month award for October in their No.10 role.

Spurs’ debut season in Europe wasn’t one to forget either, with Rafael Van der Vaart key in assisting their navigation through a tricky group. He scored an excellent opener getting on the end of a Modric through ball and lashing it into the net as Spurs beat holders Inter Milan in a 3-1 masterclass that also saw Gareth Bale rip Maicon a new one.

Tottenham also ended up knocking out a stacked A.C. Milan side, before (ironically) falling to Real Madrid over two legs in the quarter finals and a poor run of form in the League, which saw Spurs lose out in the top four race in the end. Despite the negative results towards the tail end of the season, Rafael Van der Vaart ended his first season with 13 goals and 9 assists in the Premier League – not a bad haul for £8 Million is it!

The 2011/2012 season saw Crouch replaced with Emmanuel Adebayor and Van der Vaart’s form was just as special as the season previous. After another incredible goal and victory against Arsenal, Spurs went on an early purple patch going unbeaten in 11 games and winning 10 of them. The Dutchman was especially fruitful in this run scoring 6 goals in 5 consecutive games (the majority of them bangers!) to re-affirm his quality to the viewers.

By early March Spurs were comfortably 3rd in the league with Champions League qualification well within their sights. After a slight drop in form in March and a winning streak going on across North London, Spurs had been leapfrogged by Arsenal and were sitting in 4th at the end of the season still in a qualification position. Fortune was not on the side of Tottenham that year as Chelsea went on to win the Champions League and because the West London side had finished outside of the top 4 Spurs’ spot was given to Chelsea … and they missed out again.

Harry Redknapp was sacked in the summer of 2012, as the club sold Modric to Real Madrid – using his proceeds to finance replacement moves for: Moussa Dembélé, Gylfi Sigurdsson and Clint Dempsey. Meaning that once again Rafael Van der Vaart’s playing time looked limited. So, before he was ushered to the White Hart Lane door, he manufactured how own exit with a move back to Hamburg before the transfer window ended.

Recently, Rafael Van der Vaart has admitted that he was happiest when living in London and he was playing his best football while at the club, claiming that joining Harry Redknapp was the best decision of his career. For such a cheap acquisition and what they got out of him in the 2 years he was there, signing him has to be considered one of the best decisions of Redknapp’s career also.

When Spurs needed some quality, he was their big game player. Although he did not spend long in England, his name will be spoken with nothing but fondness not just by Spurs supporters but by English football fans in general as we got to see an absolute baller work his magic in the Premier League.

What do you remember most about Rafael van Der Vaart at Tottenham Hotspur? Get your memories down in the comments below and share this if you liked it!