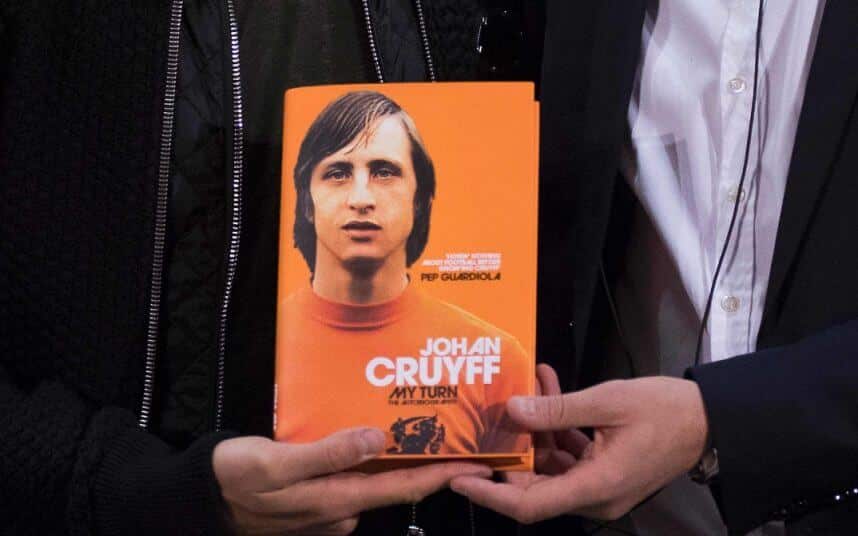 IMO, all books should have you feeling some kind of way. And for biography lovers, this Johan Cruyff production is one of the best!

If you’ve been a regular visitor to the Ultra UTD site, then first let me express my ‘thanks’ for your support so far, whilst simultaneously accepting your praise for what an incredible journey it has been for you. More to the point, if you have had the opportunity to check out some of our other articles before, then you might understand the kind of football I like. In short, it’s the one that was typified by the great Johan Cruyff. I’m a big fan of his by the way – in case that wasn’t so painfully obvious. Utter God.

As mentioned in an earlier article where I wax lyrical about his incredible legacy in the game, it was while reading this book that I became truly enamoured by Johan Cruyff. Even the fact that it was whimsically labelled ‘My Turn’ – a double entendre which encompasses this idea that it’s ‘his turn’ to speak and one which pays an homage to his incredible ‘Cruyff Turn’ skill move – just bravo! And once I got passed the front cover, I just couldn’t help but get stuck in and watch the pages drift by … generating a wind through my hair with every wistful flick of the wrist!

With frightening detail, Johan Cruyff recalls pretty much every section of his career as if he was there writing it hours before release. Sure, I get that he probably spent ages going through each part and referencing it with others nearby to corroborate the story, but the devilish understanding of what happened and how he felt during that time typifies the other section of the legacy which overall comprises Cruyff. Not only was he a footballing genius, but off the field – a complete, unadulterated strategist.

In case you don’t know too much about Johan Cruyff, then let’s just say that his career is an absolutely fascinating one – and I reckon that very few will be able to shadow the man in terms of his overall effect on the game. On the pitch, he became the figurehead for a nouveau style of football which soon became legend and an example to follow. Of course, I’m talking about ‘Total Football (totaalvoetbal) ‘ – the philosophy which guided a young AFC Ajax and FC Barcelona team to super-stardom throughout the ’70s.

After which point, instead of resting on his laurels, he ventured over to the United States to see what this ‘American Dream‘ fuss was all about, before returning home with Ajax and Feyenoord (major tea to spill on the last one) and allowing his twilight years to usher in an equally successful managerial career. The thing is though, in any industry, you don’t usually get your way to the top without some jealous mouths allowing their envy to overcome common sense in an attempt to derail your success. Just ask Johan Cruyff!

Better still, Johan was an expert at dealing with situations in the face of adversity. Lest we forget, the man has had his fair share of media coverage throughout his career – both voracious and salacious. And in ‘My Turn’, Mr. Cruyff has no issues with revisiting awkward situations and letting us know exactly what he thinks about it all! It’s quite literally like getting inside the mind of a genius. Easily the greatest book I have ever written, and one that I think you absolutely need to get for yourself!

Click HERE to be redirected to the ‘Johan Cruyff: My turn’ Amazon Listing to get a copy of your own!