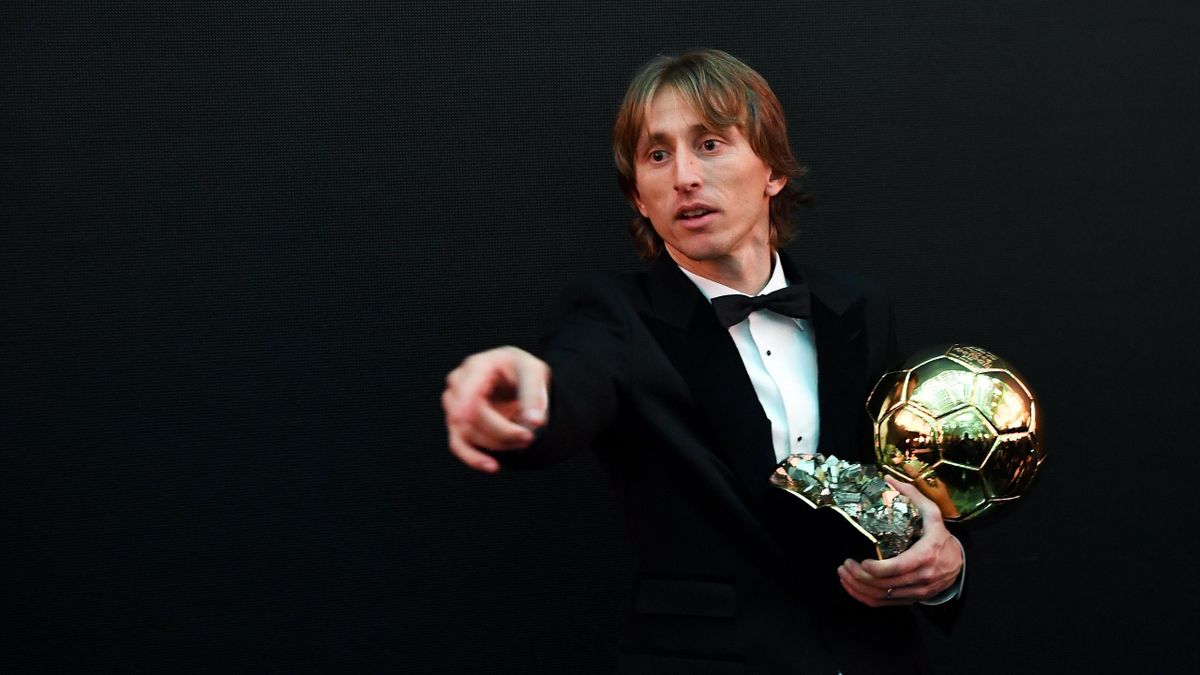 If you ever need some reason to generally reject some of the garbage the wider media throws at you, then this is for you.

Over time, Luka Modric has proven himself to be one of the greatest midfielders we’ve ever seen. Perhaps unfortunate to have formed his own CV alongside the likes of Paul Scholes, Xavi and Andres Iniesta, there was a real possibility that he might never get the respect he truly deserves.

Mercifully awarded the coveted Ballon D’Or award in 2018, to commemorate an outstanding club and international campaign for the magical Croatian, it seems strange to think that its recipient was ever doubted throughout his illustrious career. Yet for those who doubted him long before he ever really got the chance to ‘prove himself’, the mere notion of him ever being in contention for anything like this prize was alien in itself.

Originally picked on for his appearance and diminutive frame, it took great mentality to overcome some of the earlier struggles in his career. Back home with Dinamo Zagreb, he stood out as one of their better players, but was tasked with seeing if he could do it at a more competitive level when he moved to Tottenham Hotspur in 2008.

Apparently courted by the likes of Manchester City and Barcelona at the time, his lack of immediate impact at White Hart Lane was highlighted from the outset. With many claiming he didn’t possess the stamina, strength, or even the overall quality to be good enough for their top-four ambitions in the league.

Almost as quickly as he was doubted, Luka Modric soon outgrew his Tottenham stay, with Barcelona and eventually Real Madrid returning for him four years after signing. His life in London symmetrically juxtaposing each other with two years of ignominy followed by a couple of truly outstanding seasons in that Spurs midfield.

Approximately £30 million was what it took for Luka Modric to become a Real Madrid player, where the vultures really started to circle. Remember, this is the same press group which were calling for Sir Bobby Robson’s head after one of FC Barcelona’s best ever seasons. So, this idea of ‘immediacy‘ we touched upon briefly at his time in Spurs was magnified ten-fold under the bright lights of the Santiago Bernabeu.

For reason’s uncontrollable for our favourite little Croatian, Luke Modric wasn’t afforded the game time he needed to justify his price tag that season. With Jose Mourinho opting for his favourite Sami Khedira, Xabi Alonso and Mesut Özil trio in midfield, there simply wasn’t enough room for him to make the impact he knew he could.

Following Mourinho’s departure and even after his breakdown in relationship with Özil, Luka Modric seized his chance to become a mainstay in that midfield. Especially once the balance of that area was assured for years to come with the arrival of Toni Kroos a couple of years later. Modric soon became a hero in that Madrid midriff and was pivotal in re-claiming their dominance in Spain along with that famous ‘La Decima’ win in 2014. Not bad for a player who Marca claimed was the ‘Worst signing of the 2012/13 Season’. Pathetic, that is.

Have you ever had to silence your own haters like Luka Modric silenced his? If so, get your experiences in the comments below and share this if you liked it!