Sometimes, it pays to just do the ‘simple stuff’ well. And barely anyone did this better than the Spanish maestro himself.

In an era where FC Barcelona evolved into one of the greatest outfits ever formed, it takes a lot for even someone like Xavi to stand out. I mean, they had some of the strongest defenders in the world, their midfield oozed class and some Argentinian lad up front was proving worthy of all those growth-enhancing drugs that they broke a neck to go and get for him.

And yet still, Xavi stood out. Well, he did to me.

It’s strange, as a kid (which I was at the time), you’d imagine that I would be overcome by some of the ‘overt‘ abilities of his team members. In other words, ‘me likey football … and football = goals’.

But no. Even back then, I found something really beautiful about the ‘boring‘ stuff.

The unsung heroes in the squad. The ones who keep the team going. And without Xavi, you always got the feeling that this Barca squad were lacking his presence whenever he was unavailable for selection – which was rare!

What’s more, is that Xavi had to undertake this role while overseeing and helping to construct the greatest evolution ever seen in the club’s history. At the time, they went from putting out the team that you can see in the video above – with all the Ronaldinho‘s and Deco‘s of the world, to one which focused more on their fabled La Masia academy.

In doing so, Xavi (who was an academy graduate himself) had to grow up quickly. Think about it, how was this new young team ever going to gel and focus on the task at hand if there wasn’t somebody there to learn by example? While I want to say that the team were inherently mature enough in themselves to take on this responsibility, that simply wasn’t the case.

When they first went out with Andres Iniesta, Seydou Keita and a young Yaya Toure alternating in midfield, there was no balance in the midfield. And more to the point, they never seemed to know when the transition was supposed to take place? When do they run forward? When should they track back?

They didn’t know. But Xavi knew. He always knew.

He was combative, assured in his passing, kept everything simple and allowed the flashy stuff to be done by those ahead of him. He never craved media attention and has mercilessly escaped it during Barcelona’s golden era. But at Ultra United, we shine a light on impacts of players like Xavi.

And the fella was remarkable.

Even as a youngster, Xavi’s standard and proficiency in passing the ball was commendable. As time went on, he grew more confident to switch the play when he wanted to organise a more ‘route-one’-style counter-attack. But under the tiki taka rules of Barcelona, this was a rare occurrence, and their general ‘pass-it-one-more-time’ doctrine played right into their midfield maestro’s skillset.

Inevitably however, he would need someone near him (given the short nature of the passing that they preferred) to break between the lines and search for that pass through defensive walls, and he had that in Andres Iniesta.

Together, they spearheaded the club through the midfield and into the dangerous parts of the pitch to assert their dominance of the era. So, I guess you could say that without Iniesta, Xavi might now have been as good. And I agree.

But for sure, Iniesta (and indeed Barcelona as a whole) would have been a shadow of their impending success without Xavi.

Remember to share this post on social media and tag us in your reply … What did you think of Xavi??

Certain players mean a lot to certain teams. And fewer cases have been truer than with the Leeds fan base’s obsession with a certain South 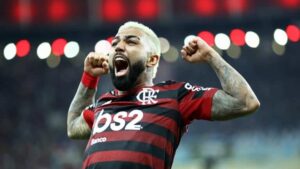 Who is the Famous ‘Gabigol’?

Flamengo’s talisman is a household name in Brazil, but not so much in Europe – so today we provide an answer to a very important 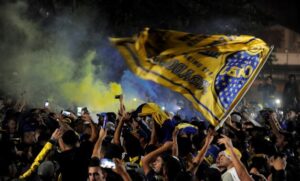 So, there I was, just watching a Copa90 Documentary on my way from London to Birmingham, and then … I saw it. Compared to the

Anyone who’s met me (even for a little bit), will understand by true feelings towards this guy. And it’s stories like this which, for me, 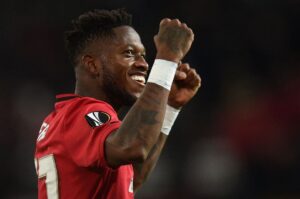 As things stand Fred appears to be Manchester United’s biggest (and easiest) scapegoat! So while I can understand why many fans may not be too 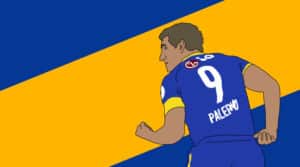 Things could have been very different in the world of Martin Palermo. But ‘destiny’ is a funny ol’ thing in football, isn’t it! You know,