God, that’s pretty much a decade ago! But it was a simpler time, wasn’t it? Sitting back, witnessing a baby-faced Jack Wilshere teaching Barcelona how to play Tiki-Taka football. Glorious Scenes!

I was scrolling through Twitter a few nights ago (as I have done every night since last March) and I came across fresh new Bournemouth signing Jack Wilshere enjoying an online Q&A with his fans. One of the questions caught my eye, referencing that night at the Emirates in 2011, where the Gunners produced one of their most famous victories in the UEFA Champions League against an outstanding Barcelona side.

“Who did you learn the most off? Xavi, Iniesta, Busquets?” an insightful fan asked. Wilshere’s reply? “Couldn’t learn much, they all spent the night in my pocket.”

Now I am not one who cares for disrespect towards legends of the game, BUT, this isn’t disrespect. This is fact. Almost a decade on from the night in question, the 19 year-old kid from Stevenage still remains at the forefront of all spectators’ minds as the ‘main man’ in and amongst some of the greatest midfielders of that generation.

And if outshining the aforementioned trio wasn’t good enough, he also out-performed his colleague, in club captain Cesc Fabregas as well! Sure, all of these guys were perhaps more technically gifted on their night, but Jack’s energy and exuberance set him apart.

This was his time to shine!

Dave down the pub was impressed, Pep Guardiola on the sidelines was in awe. Jack Wilshere was going to be a future Ballon D’or winner! Wilshere’s undoubted potential was clear for football fans across the continents to see; with rumours floating around that Barcelona were interested in signing the main man to be heir to the ageing Xavi and Iniesta. Though as we’ve come to learn from multiple cautionary ‘wonder-kid‘ tales in the game we love, things don’t always pan out as one would expect.

You may find yourself wondering what on earth happened to one of Englands most promising players of all time? Well you’re in the right place to find out, at Ultra UTD we are proud of our extensive knowledge of the beautiful game, the ins and outs of players and all the history behind it.

So what happened to Jack Wilshere was; erm, you know, he kind of just, well I don’t really know what happened. Does anybody? Jack suffered an ankle injury at the start of the 2011-2012 season that kept him out of action for practically a year. A few minor setbacks followed, that inevitably halted his growth and match experience, which is part and parcel of the game.

However, for a player with so much natural ability it should not have affected him that badly. He had more finesse in his big toe than the rest of the England midfield did at the time! Yet he just couldn’t seem to get back into the swing of things in the Arsenal midfield he once stood out from and was eventually shipped out on loan to Bournemouth in 2016.

Another forgettable season with Arsenal the year after meant that Jack would be leaving the club at the end of his contract. Wilshere decided to stay close to home and signed for boyhood club West Ham United. This was designed to be a fairytale – where Jack would find his feet and get back to his old self!

In a 2-year spell, Wilshere played 19 times for the Hammers and had his contract terminated towards the end of 2020. Not quite the fairytale stuff we were looking for, was it? Stick Wilshere’s name next to Ravel Morrison‘s in the ‘just didn’t quite make it’ Hall of Dame – and with a bit of luck he can provide us with some more world class performances before he hangs up his boots … though time is quickly running out!

What did you honestly think of Jack Wilshere’s incredible UCL performance? Let us know in the comments! 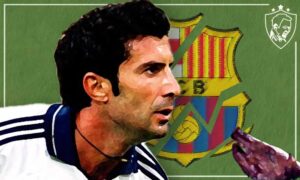 So, you think you understand what a ‘hostile atmosphere’ looks like? Believe me, you don’t know the meaning of the word unless you’ve seen this! 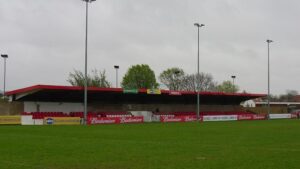 Welcome to Vale Farm: The Home of Wembley FC

In the shadow of the famous stadium’s ark located about two miles away, lies the humble abode of amateur side Wembley FC. Unlike the majority 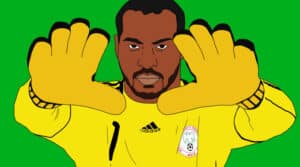 Certain things just become routine in our lives. Eating. Sleeping. Buying Vincent Enyeama on FM ’07 … repeat! Out of all the Football Manager games

Now, I’m all for someone just taking opportunities when they come, especially when any financial gain involved doesn’t directly negatively impact other people. But this 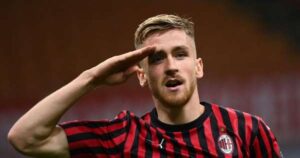 When we think about the Belgian national team, currently number one in FIFA’s world rankings, we throw out names like Kevin De Bruyne, Youri Tielemans and Axel Witsel, for example. And that’s

I mean, all you have to do is watch a Shearer clip of more than five minutes to find out about this. But let me