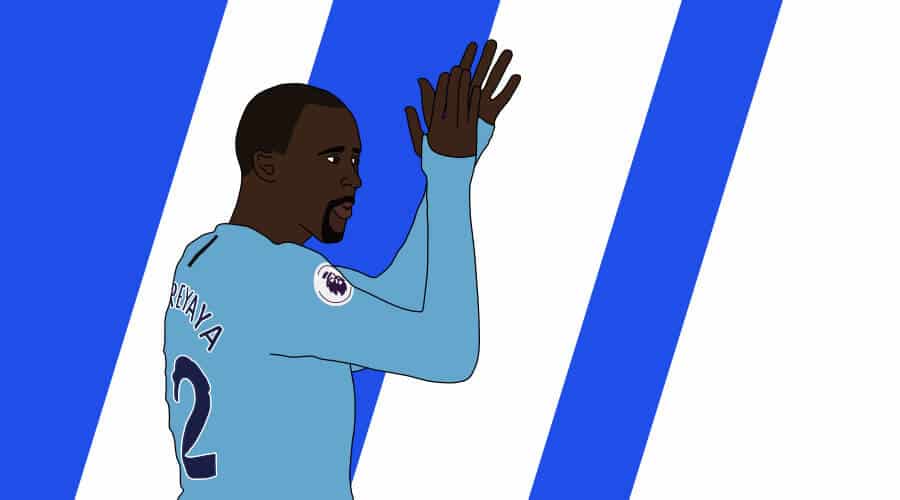 Is Yaya Toure the most important signing in the history of Manchester City? Well, there’s definitely a case to be made for it!

In a previous article where we discussed the importance of Robinho’s signing from Real Madrid to Manchester City in 2008, we looked at how his arrival might not have enabled the club the access they needed to the Abu Dhabi-funded portfolio of Sheikh Mansour. But then after he came and went, the club needed to actually be successful in order to appease their UAE master, and this is where Yaya Toure comes in.

More recently, Manchester City have become a hub-of-sorts for some of the best players in the world – or, at the very least, a viable destination for the greatest and most in-demand players in the world. Be it David Silva, Sergio Aguero, Lionel Messi or Kaka – they’ve even been strongly linked to the club, have already played for them, or still might in the future. But where did this ‘star quality’ come from?

Money in football isn’t as straight-cut as people think. For where a lot of people might think that a player’s arrival at a big club is down to their history, players or bank balance, sometimes they work as a tripod where you need a mixture of the three to stand on its own legs and survive. So, with Manchester City by around the 2010 mark, they had some good players, a great financial statement and a limited history, and they needed some big arrivals to come in and shake things up. This began with David Silva in the 2010 window, shortly followed by Yaya Toure.

The big Ivorean had fallen out of favour back with his previous club FC Barcelona – who were undergoing an extensive transformation under Pep Guardiola, with his La Masia graduates at the forefront of the refurb. And somebody as supposedly cumbersome and brash as Yaya Toure didn’t fit that ‘pass it cutely and make a cheeky run’ mantra of Pep and his new youngsters. But their loss turned into City’s gain, who were looking for somebody influential to bind their new-look team together.

Re-defined as a defensive midfielder from his more defensive role in Catalunya, Yaya Toure became the epicentre of everything that was good in the world of Manchester City around this time. He was powerful, dominating in the centre of the park, knew how to communicate with his teammates and could even release a fearsome shot toward goal if needed. But beyond all of that conscious stuff, he was having somewhat of an unconscious impact on the club’s business side – as his arrival and influence on the team playbook was beginning to look alluring from afar.

” Once we signed Yaya [Toure], everything began to fall into place for us on the recruitment side of things. I remember we tried to sign Kaka and [Dimitar] Berbatov, but they fell through without the prospect of playing with players of a similar calibre. I can only imagine how things would have changed is Yaya were there. “

As Gary Cook goes on to explain – and something which I feature heavily in my debut book, ‘The Football Spider Web’ – signing Yaya Toure was like bringing in a ‘Pied Piper’ to summon players of a similar quality into the Etihad. And their eventual signing of Sergio Aguero in particular is a testament to that fact. Leave alone their miraculous 2011-12 ‘fairytale’ Premier League win which only added some gravitas to the presentation which usually feature Yaya so clearly.

Of course, it’s silly of me to think that Yaya Toure’s arrival at the club was the main reason for their eventual success, but it’s impossible to undervalue his impact when it came to their recruitment directive. In one fell swoop, they were able to reinvent the cultured midfielder into the eventual domineering presence that he became, and his influence on future signings in the forthcoming years featured heavily in the club’s ascent to the top before Pep came in and jazzed things up again.

Are you a City fan? If so, share this and tag us in your own opinion of Yaya Toure!

4 thoughts on “Yaya Toure: ‘The Pied Piper’ of Manchester City!”