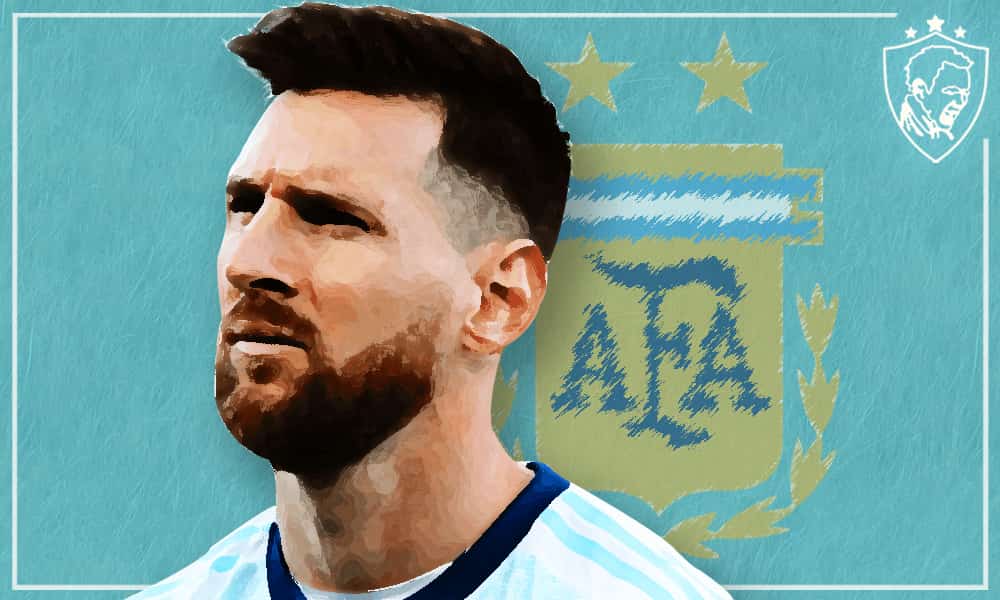 Ever since Cristiano Ronaldo won the Euro 2016 Championships with Portugal, the conversation between the two has slipped in favour of the Juve star. But come this Sunday, the seesaw could be realigned …

An opportunity many see as Lionel Messi’s ultimate chance to silence the haters, Argentina now hold a position in the Copa America final against Brazil, set to take place in less than 12 hours from now!

The nation reserved their place in the final after overcoming Colombia in the semi-finals in a 3-2 penalty shootout win after 3 miraculous stops from Aston Villa’s Emiliano Martinez. Thus, entering their first major tournament final since that devastating defeat to Germany in the World Cup in 2014 – the less said about which, the better.

A squad consisting of star players such as Kun Aguero, Lionel Messi himself, Angel Di Maria and Lautaro Martinez (to name a few) prove the squad’s capability in bringing home the ever-elusive Copa America title, however, their close-to-home opponents can’t be overlooked, given their own individual qualities throughout their roster.

Brazil’s own journey to the final centre on players like Gabriel Jesus, Richarlison, Thiago Silva and Neymar, who will play imperative roles in leading the trophy charge. Difficult as it is to split the two sides, I believe Argentina could come out on top, with this concept of ‘redemption’ potentially proving pivotal to the outcome. Not to mention the intentions of six-time Ballon D’Or winner Lionel Messi. Who might come into this game with a point to prove.

Despite having broken a multitude of records during his 17-year career at Barcelona, Messi is still overlooked as the greatest due to his incapability of performing on an international stage.

On the other hand, Messi’s counter-part (and forever-rival) Cristiano Ronaldo has an international trophy under his belt after Portugal came out as victors of the 2016 European Championship after a shocking win over the formidable French. In addition to this, Ronaldo swooped up the UEFA Nations League in 2019; adding to his tally of international trophies and shadowing Messi with regards to the ‘leadership’ needed to achieve such a feat.

Regarding club football, success of either footballing greats is unequivocal, however on an individual level, Lionel Messi outshines Ronaldo by holding the record for most goals scored in a calendar year (91) and in a single La Liga season (50). Ronaldo comes close by holding 46 goals in a calendar year and holding 5 Ballon D’Ors but evens out the charts with his ability to shine in the English Premier League and La Liga.

Ronaldo left England having won the elusive treble in 07/08 season and fresh off three Premier Leagues in a row. However, after coming short in the 2009 Champions League final against Pep Guardiola’s Barcelona, Ronaldo decided to embark on a new challenge by joining Real Madrid in the summer of 2009. He then went on to win 4 champions league with the club, including three in a row under Zinedine Zidane.

Given their notoriety in current times, it’s easy to forget the great names of yesteryear. But once we remember that part of history, we realise that there remain many other players who can be involved in the conversation as to who is the greatest footballer of all time. Among them from the preceding century; Diego Maradona and Pelé.

Pele is predominantly known as the player to win the most world cups with a tally of three and having won it at a record-breaking age of 17. In addition to this, the Brazilian legend played an imperative role in Brazil’s golden age and became football’s first millionaire. In his day and age, individual talents were not recognized and hence is absenteeism in the list of Ballon D’or recipients.

Diego Maradona’s world cup victory in Mexico 1986 was crucial to his role in football. Himself and Pele were joint recipients of player of the 20th century and their greatness is undeniable. However, football is far more competitive today and individuals reaching the success of Messi and Ronaldo is shocking. The two players dominated world football with their admired skills, vision and finishing, with the pair racking up 11 Ballon D’ors in 12 years.

Maradona and Pele had great success, however, there were many other talents from Johan Cruyff to Alfredo di Stefano or Bobby Charlton. These players competed with Pele and Maradona and hence (IMO) it impeded their dominance of world football compared to the dominance of Cristian Ronaldo and Lionel Messi. Their inability to dominate world football, I believe, gives the upper hand to Messi and Ronaldo.

So, the stage is set, the goal is in sight and Lionel Messi has a great opportunity to add greater weight to his side of this almighty conversation. What do you think will happen??