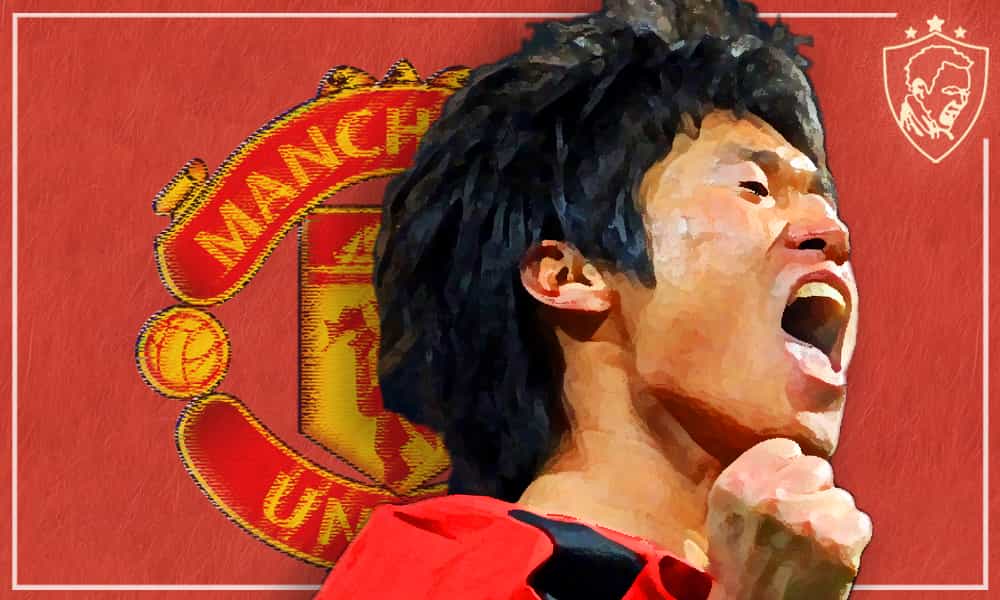 I pride myself on my desire to heap praise upon those who deserve it most – (even when the wider media fail to do so). So, let’s talk about Park Ji-Sung …

A player whose rise to glory is as uplifting as it is inspiring, Park’s story joins a specific list of South Korean stars who were presented with an opportunity and ran with it. Where, after three strong years at Kyoto Purple Sanga back home, the battery-operated midfielder was given the chance to represent himself on the European stage with PSV Eindhoven in 2003.

While in Eindhoven, Park Ji-Sung was instrumental in their resolute standing atop the Eredivisie before being swiftly introduced to the world of Champions League – the most elite level of competitive club football available today. And quite frankly, Park took to the entire competition with aplomb; proving equally adept at sustaining his league form on your typically intense European knockout night. And there was one particular outing against a certain Manchester United which would completely alter the direction of his career.

As mentioned, PSV had been monitored very closely from around this time given their various European exports since the turn of the millennium, and a fixture between Eindhoven and United gave the Red Devils clan the most ideal opportunity to take a closer look at the South Korean export.

Then, duplicate appearances shadowing United red gave Sir Alex Ferguson great cause to launch a permanent bid for the buzzy midfielder – promptly signing him for only £4 million in 2005. Where, though it may have seemed a rather innocuous deal for the Devils at the time, Park Ji-Sung understood that this was a once-in-a-lifetime gig; and one that he mustn’t spurn. And United fans all over the world are rather glad that he took things so seriously …

The biggest thing for Asian players to remember is the football style is different in Europe – as is the culture – so they have to accept that. Mentally, they need to be ready and very strong.”

Park Ji-Sung
reflecting on signing for Manchester United in 2004

From that point on, Park Ji-Sung prided himself on keeping his feet on the ground … and running a hell of a lot while they were planted. Moreover, his innate versatility across the deeper and advanced midfield lines proved a valuable asset throughout his term in Manchester – particularly so on the bigger occasions when it came to neutralising the opposition and providing the energy needed to provided some of United’s famous ‘last minute’ resurgence.

A few crucial goals here and a ‘man of the match’ performance there, and Park Ji-Sung has proven to possess a plethora of characteristics that would be key to United’s continued development today. Namely, given how his embracive attitude afforded him the versatility required to remain useful to the side when called upon, and where his all-out dedication to the profession aligned with a positive attitude which never diminished both on and off the pitch. Both of which are evidenced by many fellow player testimonials for him, as well as his age-defying performances in red.

But most of all (in my opinion), I adored how Park never directly needed to place himself under the limelight in order to feel wanted. Almost better than anybody, he understood his role in the team and worked tirelessly to ensure that whatever he did was for the benefit of his colleagues far more than to his own egotistical stats.

I mean, all you have to do is check out his performance against A.C. Milan in the Champions League (2010), and you’ll quickly understand what I mean. A true masterclass in the art of dedication and selflessness from Park Ji-Sung and, no less, against one of the most influential playmakers of our generation in Andrea Pirlo.

Tally all of this up, and the South Korean clearly possessed a number of attributes that would be of great benefit to any United side, not least our current line-up under Solskjaer. Especially, with the recent addition of Bruno Fernandes signalling a positive direction for the overall attitude of United’s midfield, you’d think that somebody equally as positive in Park Ji-Sung behind him would be the ideal person to have re-setting that equilibrium in the middle of the park (no pun intended!).

Not to mention the fact that the lad was a pretty decent winger when he wanted to be! And as we’re blessed up-top with enough pace to choke your mother, then his dynamic presence would’ve proven to be an additional option to threaten the opposition back line. So, if we were to let him flourish on the right-hand side when required (not too much to halt the impact of Mason Greenwood coming to the fore), then his potential partnership with Aaron Wan-Bisakka on that flank would neutralise even the most prolific of wingers!

Altogether, in case you hadn’t noticed, I’m a massive fan of Park Ji-Sung, and where it’s easy for us United fans to wish for the second coming of a Cristiano Ronaldo or Eric Cantona, I sincerely wish that we could reverse time to have a prime Park on our books once again. Criminally underrated throughout his career, it’s time we stand up and recognise how much of an incredible asset he was to Manchester United.

He’s definitely gotta be one of the icons for Ultra Asia, but to the footballing world as a whole, he ranks as an Ultra Cult Hero for sure – somebody who escaped notoriety from the media in exchange for a place in United hearts.

Park Ji-Sung, we love you!

Sincerely,
Your Friends at Ultra UTD

Get into the comments and let us know your favourite moments from the Manchester United-based career of Park Ji-Sung, and let’s just reminisce, shall we!