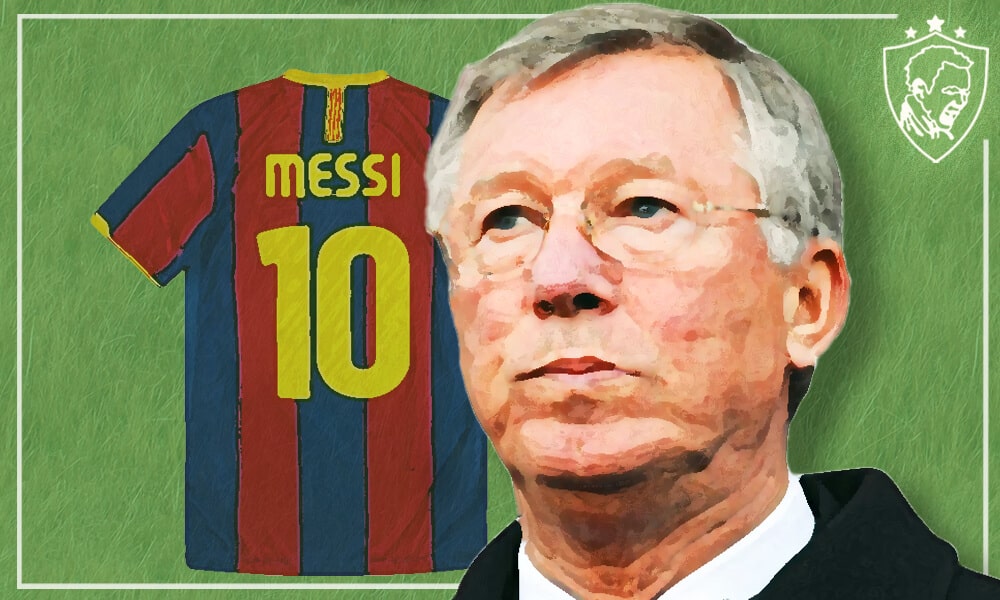 I remember watching this little Argentinian even in his early days and thinking there’s no way to halt his progress, though maybe this is a way.

Ever since I heard of the game known as ‘football’, I immediately held a reverence for the great Sir Alex Ferguson. Mostly due to my love of Manchester United and the success he held there – which is all you really care about when you’re young and wanting your team to win. But it’s a feeling that’s only grown with time.

Throughout which, I’ve spent a limitless amount of time soaking up everything I can about Sir Alex and how he conducted himself in the world of football. Right from his underrated playing days as a somewhat-respected Scottish striker, to his initial struggles and eventual success as a manager. Yet, never mind what way fate swayed in his life, a couple of his psychological traits rang true: being resilient and learning from your mistakes.

The latter of which was even a highlight in Sir Alex Ferguson’s famous retirement speech at Old Trafford by the end of the 2012/13 season. Where he explains that ‘even the defeats‘ were crucial in making sure his Manchester United side were able to achieve both long and short-term successes during his tenure in the dugout.

But it was while watching a Sport Bible video on YouTube, where it was revealed for the first time (to me anyway), that there was one defeat in particular which taught the great Scot more than he could ever have expected. One which involved a certain Lionel Messi running his side ragged in the UEFA Champions League final in 2009.

Only the year before, United themselves claimed the coveted big-eared trophy by defeating Chelsea in a last-gasp penalty shoot-out in Moscow. En route to re-claiming that success, they faced an eager, fresh-faced Barcelona side looking to avenge their semi-final loss the season before with a Paul Scholes special to send the Devils through.

This time, their eventually-famous tiki-taka-ing side was ready to finally show the world what they were capable. A system where the midfield trio of Sergio Busquets, Xavi Hernandez and Andres Iniesta appeared to exist for the sole purpose of servicing Lionel Messi up top. And to devastating effect – as they claimed a simple-looking 2-0 win.

Nevertheless, out of the straitjacket that is such a high-profile defeat, Sir Alex Ferguson has since had time to reflect on how he could have done things differently in that game. Interestingly enough, it wasn’t a ground-breaking tactic, nor a squad overhaul needed to contain the overwhelming talent ensconced within the Blaugrana home kit on that occasion. Instead, it was merely a single player who he believed could contain Messi’s incredible talent.

A player by the name of South Korean and Manchester United hero, Ji-Sung Park. We’ve spoken of his influence and legacy in the red of United before on Ultra United, and it’s clear that the boss shares such sentiment. His work rate, industry and determination in midfield was, as he saw, fit to stand strong in the face of what that little Argentinian was capable of. Of course, it’s not a guarantee that this is how it would have gone. But from Park’s own perspective, compliments don’t really come much greater than that.

What do you make of Sir Alex Ferguson’s comments about Ji-Sung Park containing Lionel Messi in the UCL Final? Let us know in the comments and share this if you liked it!