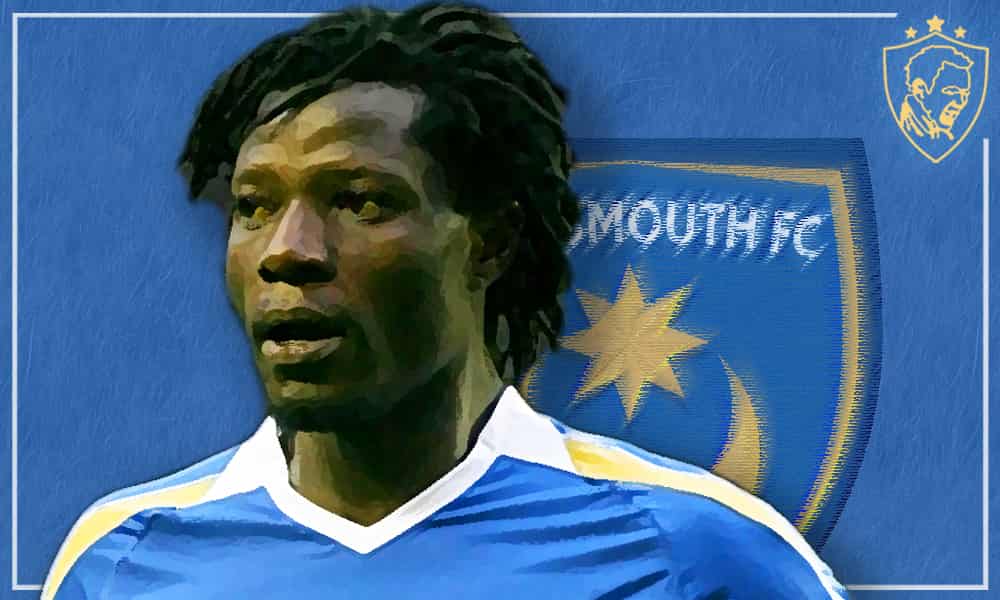 It seems weird to think that a player could be an ‘unlikely’ star upon someone like Arsene Wenger’s recommendation, but in the circumstances … this was pretty unlikely …

In their Premier League years, ‘Benjani‘ is a name that most Portsmouth fans will remember fondly, particularly in his final season at Fratton Park. But before that, the fierce, determined Zimbabwean arrived following a couple of seasons in Ligue Un with little reputation to hold him down on the British mini-island territory of ‘Pompey’.

Nevertheless, moving from a club like Auxerre to fight it out in the midriff of the world’s most coveted league was never going to be an easy transition for him. Though, luckily for him, he would arrive at a club during a time their current cohort would give their left arm to go back to. An exciting lineup under a forward-thinking manager, it took their latest signing a little time to get settled in before really making an impact down there.

Prior to their eventual financial and ownership woes, Portsmouth were enjoying a fantastic couple of years peppered in and around Benjani’s arrival. Arriving for an undisclosed fee (believed to be in and around £4 million), the overall success of the team largely clouded his ineffectiveness in front of goal during his first few months up top.

Failing to score in any of his first fourteen games for his latest employers, it was refreshing to see how well the fans took to their newest signing despite his struggles in front of goal. Posing a Dwight-Yorke-like figure at the tip of the Pompey triangle, he became revered for his hard-working and no-nonsense style when it came to dedicating himself to the team’s cause.

So much so, that by the time he did score his first goal – in a relatively routine victory over Wigan by the end of the 06/07 season, to officially scathe off relegation – the floodgates had officially opened for him to do what he did best. Famously scoring a hat-trick against Reading in the highest-scoring game the Premier League had seen (a 4-7 win), he looked visible relaxed and fulfilled for the first real time since he joined.

This new mindset soon attributed him to becoming the league’s top goalscorer for October the following season, and set him on his way to earning double figures across the campaign as Portsmouth set sights a little higher than usual. Which, unfortunately for him, included trying to attract the signing of Jermain Defoe for the next year.

Seeking an opportunity to raise some funds for the deal, while at the same time giving Benjani the opportunity to play for another club where he could be the first-choice front-man, Harry Redknapp signed off on the £7.1 million sale of the then-cult hero to Manchester City – then managed by future Notts County marquee acquisition, Sven Goran Eriksson. Click here, if you have no idea what I’m talking about with that, btw.

The thing is, Benjani himself had become so enamoured with this side of the English game, that he saw no reason to move. After all, he’d smashed his personal scoring targets just the season before and was only getting started down South, so ‘if it ain’t broke, don’t fix it’, right? But that’s not how football works.

As it happened, he was eventually shipped out the Portsmouth door to Manchester City and continued his efforts there. But for fans and player alike, his time in that darker blue strip will be remembered most fondly of all.

What do you recall most about Benjani’s time as a Portsmouth player? Get them down in the comments below and share this post on social media to get the Pompey ultras in on the action, too!