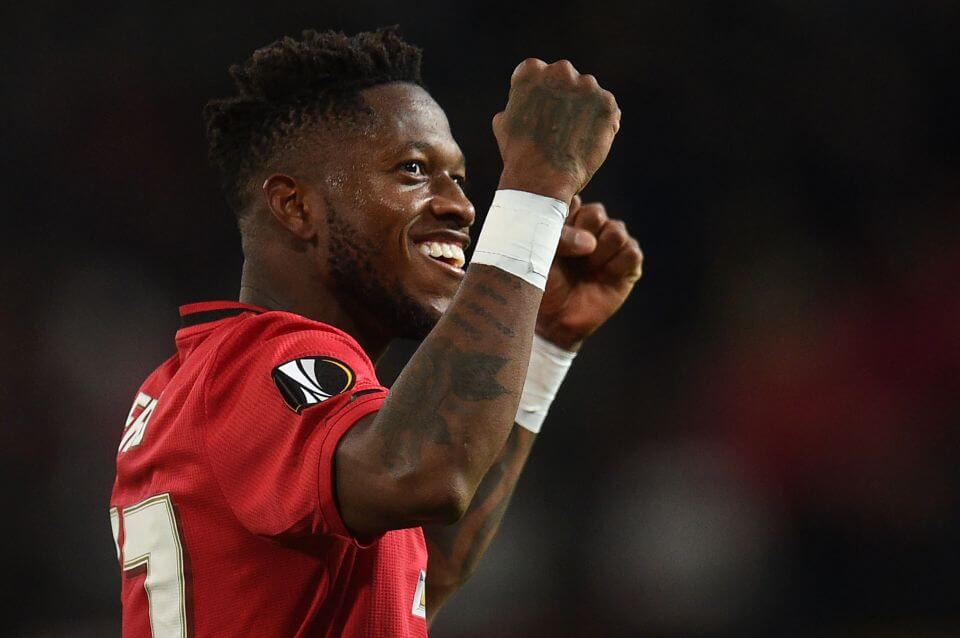 As things stand Fred appears to be Manchester United’s biggest (and easiest) scapegoat! So while I can understand why many fans may not be too fond of him … I absolutely love him, and I’m not alone!

Fred is possibly the least Brazilian footballer you’ve ever seen in your life. Seriously! He doesn’t quite provide the mind boggling skills that Ronaldinho did, or even possess the flair and cockiness that Neymar has every time he steps on the pitch. Some might argue he doesn’t even have the ability to pass the ball 5 yard! But what he does have is an undeniable passion for trying as hard as he can every time he puts on that red shirt.

The majority of Manchester United fans will sit back and tell you “Fred just isn’t good enough to be in the midfield of the biggest club in the country.” I’m not one of them. I just have this unbelievable love for the bulldog in midfield! He reminds me of Forrest Gump, just tell him to run and he won’t stop until he has to. And IMO, what many fans need to consider more is perhaps where the club would be without a guy like that working his a** off!

Without his tenacious tackling and unbelievable desire to cover ground, the more technically gifted players would spend 90% of their time doing the dirty work that they don’t want to do. The likes of Bruno Fernandes and Paul Pogba wouldn’t have the license to create opportunities and provide the goals and assists as United aim to break their trophy-less spell. Now I’m not saying he is our own N’golo Kante or Wilfred Ndidi. He can’t be put in the same conversation as those two on a technical level. But he is a work horse, and I love work horses. Here’s why …

As kids, we all grow up wanting to be a striker. Basking in the glory of scoring goals and winning matches. But the fact is, not all of us can be a striker, and there is only one No.9 jersey on each team. Personally, I’m secure enough to admit that I wasn’t exactly blessed with a goalscoring gift. I was a full back/midfielder that was there on merit. I ran myself into the ground trying as hard as I could until I couldn’t feel my legs anymore. And that stuff matters!

I’d rather have died than ever lose a match. I enjoyed watching the silky and skilful players of my generation, BUT, they weren’t my heroes. I looked up to Park Ji- Sung, Rafael Da Silva and Javier Zanetti. Every team needed those players to put in a shift and give their blood sweat and tears every weekend. Every club still needs those players!

Fred is Manchester United’s version. And has performed in some of the most important games in United’s recent history. He has been immense in almost every Manchester derby, providing defensive cover against (it pains me to say this) one of the best teams in the world. How about those European nights against the giants of the game? Yup, you guessed it, Fred has been in the starting XI for almost every single one.

The standout game being United’s VAR-assisted ‘miracle’ win in Paris in 2019. In a team full of kids and players who just didn’t seem up to the task, Fred provided a masterclass in doing the simple things right. Breaking up play, committing tactical fouls and never overplaying it in sticky areas of the pitch. For reasons like these, it’s clearer to understand why he is the first name on the team sheet for every game against a top six side …

So, for all the kids out there who are like me, not blessed with pace, height, power, technique (the list goes on and on). Keep your eye on Fred … and let’s all do better to appreciate his pivotal qualities to this side.

Go on then, if you’re a United fan, then stick your thoughts about Fred in the comments below!