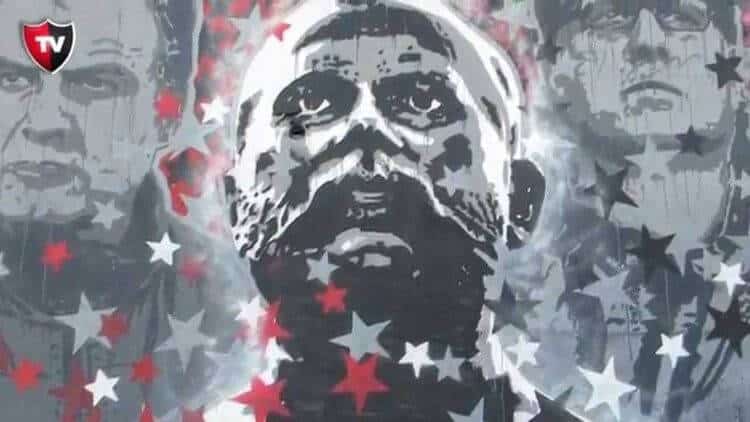 Boca Juniors, Independiente, Cordoba, Rosario Central, all enormous names in the world of the Argentinian game.

Along with, of course, Isaac Newell’s ‘Old Boys’, which doesn’t sound as authentically South American as the others, I’ll admit – but is more than worthy of a notable admission when we’re talking about ground-breaking tacticians in the world of South American ‘futebol’.

After a debate with a couple of friends of mine about football teams not named after place [insert a mention to ‘Hashtag United’ here – or you can read our article on them HERE) some of the more famous ones came up, like Juventus and Celtic, quite a few from Scotland actually if you don’t refer to them as ‘Glasgow Celtic’ or ‘Glasgow Rangers’, a few more obscure ones, Port Vale for example.

Newell’s Old Boys then came up, and I thought for sure Isaac Newell must be a place, from which these old boys are from, no? No. I couldn’t have been more wrong. Newell’s Old Boys is in fact named after the Englishman, Isaac Newell, originally of Strood, in Kent (which absolutely blew my mind – as I live about two miles away from his birthplace myself, and I couldn’t believe I hadn’t known this sooner).

However, he didn’t just go to Argentina and set up a football team, Isaac Newell was much, much more than that. He was the one of the pioneers of football in Argentina. In 1869 at the tender age if 16 he boarded a boat for Argentina, settling in Rosario, he’s credited with taking with him the first physical footballs and rules of the sport. He worked at the British owned Central Argentine Railway. Whilst studying at night to become a teacher. In 1884, he founded a school, along with its football club, Colegio Comercial Anglicano Argentino. Catchy name, right(!)

Represented by a black and red crest, now associated with Newell’s Old Boys, his institution became a highly recognised cultural symbol and attracted many students from the Rosario and Sante Fe areas. Sadly in the early 20th century, Isaac Newell fell ill and passed away long before he could see the impact of his creation. His son Claudio then set up Newell’s Old Boys in his memory; ‘Old Boys’ being a reference to graduates of his school.

Isaac Newell’s side has since won 6 Primera Division titles and gone on to reach the Copa Libertadores final twice since their inception. There’s another wonderful article on Ultra United from a couple of months ago that really delves into the style of play and individuals who have passed through the club, Marcelo Bielsa for one, and his distinctive style of expansive football that he’s never strayed from wherever he’s gone.

Gabriel Batistuta, Gabriel Heinze, Mauricio Pochettino, Ever Banega, Walter Samuel, Maxi Rodriguez, even the late Diego Maradona had a spell there towards the end of his career. None pale in comparison though, in my opinion, to the greatest to ever do it, Lionel Messi. The embryonic stages of an unimaginably successful career, which all stems back to the pioneering venture of Mr. Isaac Newell way back in 1869.

Whilst Isaac Newell is so highly revered in Argentina, he is virtually unknown in England, and even with football fans in his hometown of Strood, why is this? Simply, I couldn’t tell you. Although there is a local campaign by the Kent FA for a statue in his honour right by where he used to live, which I’m fully in support of, it seems as though his beautiful impact of football might be lost and consigned to history over time. But while we live and breathe here on the Ultra United team, we shall ensure that his fire continues to burn bright.

From football fans the world over, we want to say … Thank You, Mr. Isaac Newell