Ever Banega: A Mini Maestro Many Loved to Hate! 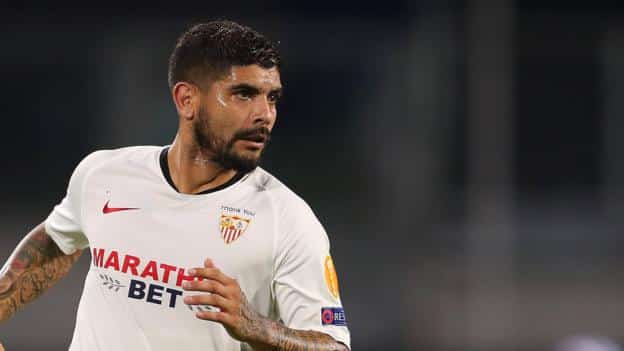 Despite the odd scandal, a broken leg and no shortage of bust-ups, Ever Banega endeared himself to millions worldwide.

Personally, and as a lifelong Preston North End fan who has grown up on the fringes of London, my self-professed ‘love’ for the Argentine has raised its fair share of eyebrows and has led to a number of awkward segues onto different topics of discussion when brought up. Justifiably so, probably! Yet as far as I can see, he’s a player with an undeniable pedigree at the higher corners of the game – and will be widely regarded as a highly effective midfield dynamo once nostalgia works its magic upon his retirement.

In one of many “rags to riches”-type stories littering the game (and joining those that of which you can find more closely on our Ultra United ‘Cult Heroes’ page), Banega rose to fame after breaking his way into Boca Juniors’ Copa Libertadores-winning side of 2007 at 18. He then bagged an Olympic gold medal in Beijing a year later, before earning a expected big-money move to Europe when Valencia came calling at the age of 21, with later spells at Atlético Madrid, Newell’s Old Boys, Internazionale (Inter Milan) and Sevilla giving him further opportunity to cement his intercontinental legacy in the game.

Admittedly, my notice of Ever Banega’s quality came while playing FIFA 13’s Career Mode, and it was only after he helped out my digital record that I decided to see what the real guy was like. Small, nimble and bereft with technical ability – much like his coded counterpart – Banega was also an undoubted match-winner, though he appeared as one of those infuriating figures that can saunter around for ninety-minutes, and actually impact the game when he can be arsed to do something different! He also didn’t help himself when his off-field life became just as mainstream.

Before he officially journeyed off to see out the rest of his ‘playing’ days earning unimaginable amounts of oil-infused cash while basking in the Saudi sun, Banega signed off his time in Europe with a typically stunning and influential outing for Sevilla in their favourite continental tournament – the UEFA Europa League. Fittingly, for the sort-of pantomime villain he has at times been perceived to be, it was against one of his former sides, too!

While he was never able to clinch that most coveted of titles (being the UEFA Champions League), nor truly reach the levels of superstardom many of his equally talented contemporaries have gone on to enjoy, his career and time in Europe has undoubtedly been a success. It really is unfortunate that the nature of our game’s coverage (and perhaps Ever Banega’s own naivety away from the field) has shrouded a lot of his legacy in a veil which covers a some of the praise he deserves. But without that, I suppose he wasn’t a world-beater … but he was highly under-appreciated and will be missed if his talents aren’t adequately replaced.

What are your thoughts on Ever Banega? Get them in the comments below and tag us in your favourite moment of his so we can see!

previousDidier Drogba: ‘Commitment’ – My Autobiography
nextShay Given: ‘Any Given Saturday’