A Loyalty Lesson for Gabriel Heinze 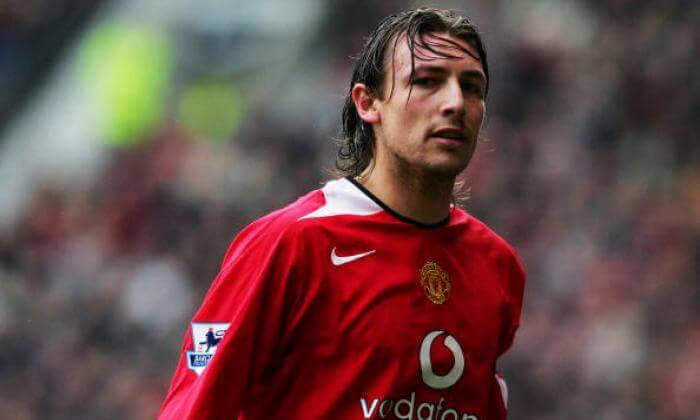 Arriving from Paris Saint-Germain into the Old Trafford dressing room in 2004 (when the Parisiens were a decidedly different team to watch compared to how they line up now), a certain level of culture and grace came with Gabriel Heinze. And after the sale of left-back stalwart Phil Neville to Everton around the same time, he looked destined to make that berth his own – with his versatility providing cover for United’s shaky defensive mid-section.

After what felt like an eternity of uncertainty for United’s back line, the inclusion of somebody as confident on the ball as Gabriel Heinze helped to provide a level of stability that they’d been lacking since the twilight of Denis Irwin’s career a number of years earlier. It certainly takes some doing to carry on the mantle left by somebody as consistent and dependable as Irwin, but it’s fair to say that Heinze didn’t do too badly at all.

Alongside (more often than not) Rio Ferdinand, Mikael Silvestre, Wes Brown, John O’Shea and the more experience Gary Neville, it seemed as though the Argentinian was going to enjoy a number of years on that left side for United as they looked to re-assume their perch atop the Premier League table – with an ‘Invincible’ Arsenal waving ‘goodbye’ to their time in the spotlight, and a threatening Chelsea team appearing on the horizon. But things aren’t always as they seem in this beautiful game, is it?

Manchester United were experiencing a complete sea-change at the club, where the team were aiming to revert to the type of fundamentals that they seemed to have lacked over the past years (which led to Gabriel Heinze’s arrival there). As mentioned in my debut book, ‘The Football Spider Web‘, United were transitioning from this time to changing their recruitment strategy. Where big-money moves for prime-time players were being curtailed for those with hunger, rigour and potential.

For example, the great Ruud van Nistelrooy (who still ranks as Manchester United’s most prolific strikers to date – check out our latest article about him here) was shipped out of the club in order to make way for younger, ‘hungrier’ versions of a forward in Alan Smith, Louis Saha and Wayne Rooney. And once these lads began to lead from the front (which happened in particular once Cristiano Ronaldo came in the year after ‘Wazza’), it seemed inevitable that the defence was going to go through its own change.

Unexpectedly, the team’s most pivotal defensive alteration came in the 2006 January window – a period of time which has since proven notoriously difficult for concluding permanent transfer sales. In this case, United tore up that particular script by signing both Nemanja Vidic and Patrice Evra – the latter of which possessed a number of key attributes which rendered the talents of Gabriel Heinze largely moot in United’s new-look, pace-centric, explosive-counter-attacking mantra for the years ahead.

Not only was Patrice Evra faster, more athletic and possessed better recovery and attacking qualities than his Argentinian colleague, but he was also five years his junior. And Heinze (fairly sensing that his role would be limited at the club in Evra’s shadow) decided to jump ship before his prime years escaped the pitch and onto the Old Trafford bench. But to declare your desire to sign for Liverpool publicly, only to have it rejected and be sent off to Real Madrid for more money tells us this: No matter your role in the club or personal feelings towards the manager, in the modern era, there’s no such thing as going from United to Liverpool. No such thing.

What did you make of Gabriel Heinze’s proposed move to Liverpool? Share this on Twitter and let us know!