As part of a new series to see how the great teams have been built over time, we begin with Arsenal and Thierry Henry.

Newer readers might have a very different view of Arsenal compared to some of us elder people out there. Nowadays, they have fallen from grace and seem a shadow of a team that could even dream about challenging for higher Champions League spots – leave alone a title run.

But once upon a time – and only just over a decade ago, they were a very different outfit. And one could argue that without their move to the Emirates Stadium; which put Arsene Wenger’s role under unnecessary strain (and contributed to his negative end at the club), there’s some evidence to suggest that Arsenal might still be in and among the top dogs in the English first division. Semantics aside, I’m sure it would have encouraged a certain Thierry Henry to stay and continue his good form.

Before earning his legendary status at the Gunners, Thierry Henry had to be completely reinvented by Arsene Wenger if he ever dreamed of becoming as effective as he showed signs of being capable of becoming one day. As it happened, the pair knew each other well during their time spent in AS Monaco in the late ’90s – when both Arsene and Thierry were learning their ways in their sport on their own personal career paths.

Fast forward a year later and Thierry Henry earned an illustrious (but short-sighted move) to Juventus in the Serie A and it was there where the infamous cattenaccio style threatened the early development of the Frenchman. Not to mention his deployment on the left side of the forward trio with very little direct routes to goal for him to try out himself.

” Young players need freedom of expression to develop as creative players… they should be encouraged to try skills without fear of failure. “

As fate would have it, just around the time when Henry wasn’t enjoying himself in Italy, his old mentor Arsene was looking to cement a dynasty in the Premier League with Arsenal – and was backed by a can-do board executive to finance whatever he thought was necessary for the team’s progression through this period. And if that meant signing a precocious Thierry Henry for a club record £11 million fee, despite there being very little evidence of his eventual worth, then so be it.

In case it wasn’t obvious, Thierry Henry’s signing proved to be an absolute masterstroke by Wenger, as was his development, attention to detail and overall management of the Frenchman. Soon after joining the club (which also coincided with the unpopular sale of fellow Frenchman Nicolas Anelka – tune into Ultra United to find out more about this soon), Thierry became the focal point for Arsenal’s attack.

Not only did this mean that he had to deal with whatever service came his way, but also that he would be the figurehead behind Arsenal’s new-and-improved all-conquering style. Wenger wanted his teams to press from the front, operate how they wanted to operate and be far more proactive in influencing the game than they had been prior to his arrival in London.

And in Thierry Henry, not only did he have somebody who embodied the industry and integrity with which he was looking to build his Arsenal legacy, but also one of the most confident, competent and broadly skilled forwards to have ever graced the Premier League screens. You know, social media giants like AFTV have made me grow to almost loathe the club and a large portion of their fan base, but if they retained players as overall likeable and talented as Thierry Henry, that hate would leave my body quicker than the ball did his right foot.

Are you a Thierry Henry fan? If so, share this post and tag us in your favourite ever moment of his! 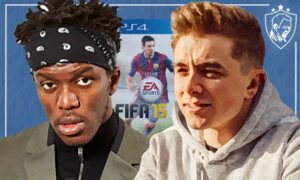 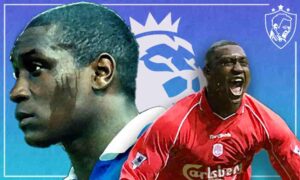 Here we have one of three players with a last name beginning with ‘H’ to score 100+ goals in the Premier League … so yeah! 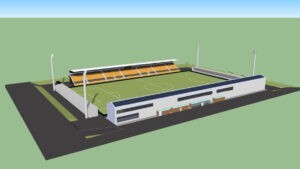 I went to Barnet FC with very little pre-conceptions in mind. Yet even then, I was rather surprised when I arrived at the Hive. In 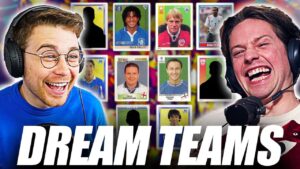 Now, I watch a heck of a lot of YouTube (perhaps an unhealthy amount, come to think of it) but every now and again, I 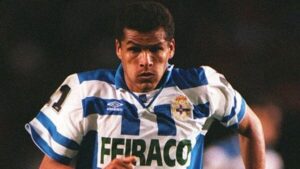 Rivaldo & His Valuable Deportivo Spell in ’96

Of all the top Brazilians that pop up into our minds whenever we think of the great samba nation’s history in this game we love, 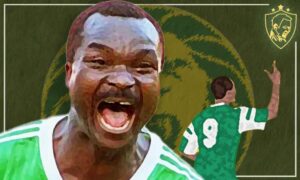 I may not have been born by the time this World Cup happened in 1994, but looking back, I really wish I was! As far