When ‘King’ Thierry Henry Returned to Arsenal in 2012 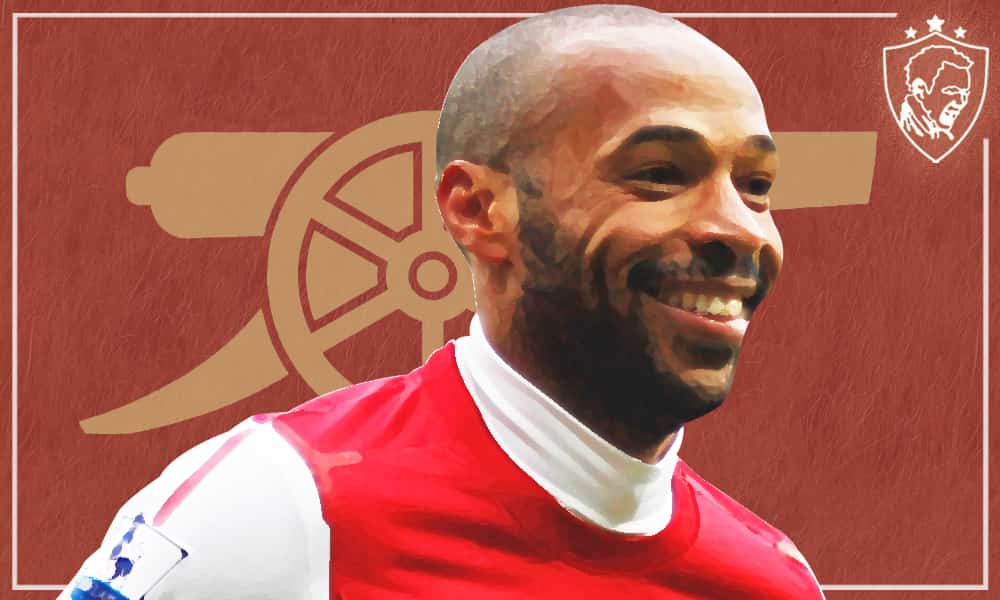 I’m not even an Arsenal fan. In fact, I personally couldn’t care less about them. But I was gassed with a capital ‘guh’ when this move was announced!

As far as strikers go, do they get classier than Thierry Henry? I doubt it. Gliding over the grass with an unerring level of properness which befits a man of his quality and integrity, there was a certain level of inevitability whenever he was through on goal. And bless most of the poor goalkeepers tasked with stopping him.

The grandeur with which I refer to him now derives mostly from his time as an Invincible for Arsenal Football Club in the late ’90s and early 2000’s. A moment in his career which we’ve spoken about previously here at Ultra UTD, it’s a wonderful rise-to-fame-story for Thierry in a career which was at risk of stagnating due to a Serie-A-induced slump whilst at Juventus following a somewhat exciting role at AS Monaco under Arsene Wenger earlier on in his career.

Joining Arsenal at a time of major redevelopment under Arsene Wenger at the club, Thierry Henry (very) quickly became the focal point of one of the greatest institutions ever formed in the history of English football – one that was tailor-made with his talents in mind to bring the best out of his finishing qualities.

Over time, the ‘Henry finish’ would be something which would go down in the annuls of the English Premier League, and is something which has never been replicated with the same level of vigour and efficiency as he was able to produce on an (almost) weekly basis. Any meek comparisons that were made, have since been put to rest.

However, when Arsenal moved to the Emirates Stadium around 2006 – a relocation which coincided with the unfortunate ageing and dismantlement of that Invincible squad – Thierry Henry opted to leave his English home in favour of seeking a triumph he’d been unable to hoover up whilst in an Arsenal shirt.

Switching the drizzle of North London for the sun-soaked world of Catalonia, a timely union with perhaps the greatest club side ever assembled brought the King the UEFA Champions League title which alluded him. Then, realising he’d pretty much achieved whatever he’d ever wanted to, he must’ve thought (and quite fairly so), that it was time for him to set up show somewhere a little … slower and a bit more … affluent. He moved to America. Is what I’m trying to say. With the New York Red Bulls. And it was assumed he’d retire there, enjoy the chilled life and return a retired ambassador (if anything). But we were wrong, weren’t we?

An arrival as welcome as a cold beverage on a hot summer’s day … in Egypt … ‘s desert … Thierry Henry benefitted from the unconventional MLS season schedule to bring a much-needed lift to Arsenal in 2012. In his absence, the club were up some kind of creek with nary a paddle in sight, and were in an even greater pickle when injuries to forwards Gervinho and Marouane Chamakh left a big ol’ crack which needed filling up top.

Not having as many funds available as the years of yonder, Arsene Wenger relied on a familiar face to help give them sort sort of option for the remainder of the 2011/12 season. As far as pure numbers go, Thierry Henry played less than five times upon his return and scored even fewer. But even for a United fan like me, watching him score that typical finish against Leeds in the FA Cup was what everybody liked to see. Even today, it must go down as just a wholesome, loving, welcome return ‘home’ for perhaps the greatest EPL striker in history. Unreal scenes.

What do you remember most of Thierry Henry’s return to Arsenal in 2012? Let us know in the comments below and share this around to reminisce with fans all over!