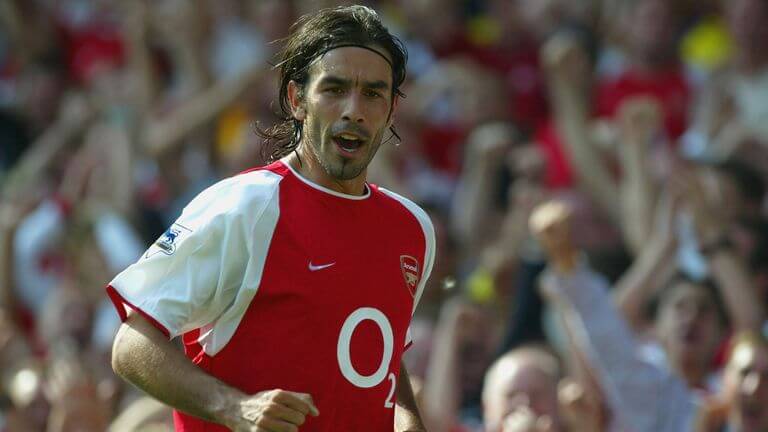 Forming another part of this incredible French-based attack, we have the wing-play majesty and style of Robert Pires.

Before we go on, I just have to say that I absolutely adore Robert Pires. Being a Manchester United fan, you would think that I wouldn’t say that about a rival player, but when it comes to me, I prefer to look at one thing and one thing only when discussing a baller’s qualities: and that is, just how good they are. And the fact is, Robert Pires was a little bit good!

We discussed in a previous article around the Invincible squad, that the team’s focal point up top in Thierry Henry needed a constant level of supply in order to stay focused on the task at hand. But also, let’s say that this squad came up against another that seemed hell-bent on neutralising the impact of Henry in any game. Then, they’d need a plan B – ideally someone to come off the wing and give them another pair of feet to think about – therefore forging a chance themselves or making space. Like Robert Pires.

When you watch him play, Robert Pires was not your conventional winger, and in fact, he seemed to be made in the mould of some other Frenchman who already blazed this particular trail in the Premier League. A player certain to feature in the Ultra United ‘Cult Heroes’ section, David Ginola had been cooking up a storm with his lackadaisical, intricate and dainty style for years before Pires’ arrival. But when you compare the two, you could say that Robert Pires almost directly emulates Ginola’s style … only with the added vim and hunger that comes with being a younger man … no offence!

On top of that, I think that there were certain areas of Robert Pires’ game that trump his predecessor. Particularly when it comes to enacting the ‘Invincibles’ famous pressing style which became commonplace throughout their front line. As we know, Wenger adopted a ‘Total-Football’-inspired doctrine which required his team to defend from the front – something I predict that David Ginola was allergic to – but played right into the hands of the eager-to-please Pires in his earlier years in England.

On top of that, whenever he picked up the ball, he was more than capable of carrying it with either foot – constantly giving his opposite number something to think about when it came to defending him. ‘Will he go to my left, will he come back in on his right foot?’ Who knows! In fact, there’s a very intriguing clip of when Robert Pires discusses this particular tactic with Gary Neville on Sky Sports’ Soccerbox series which is worth a watch!

” You really were a nightmare to play against! You loved coming back in on your right foot. I tried my best to prevent that and Sir Alex [Ferguson] would always be wary of it. But whenever I saw you do that against another team, I already knew what was going to happen! “

Gary Neville
speaking to Robert Pires on Soccerbox in 2017

And this is what was so pivotal to having Robert Pires in this formidable Arsenal side. It became apparent that simply relying on Thierry Henry to bag the goals was only going to work up until they came up against a defence that could prevent him – something that’s simpler than it seems once you double up on the guy. But with Pires, teams became so unsure of where the threat would come from, and when they themselves had the ball, they had to deal with him bearing down on them.

It stands as one of my favourite ever transfers of the Premier League era and stands to reason why it pays to have a true footballing man (with an in-depth knowledge) of the transfer market, to take full command of your team’s football operations. And after scoring 14 goals and attributing to 8 assists across that famous 2003-04 season for the would-be ‘Invincibles’, it becomes clear that it couldn’t have happened without the vision, trickery addition that was Robert Pires two years earlier!

What’s your favourite Robert Pires moment? Share this and tag us in it so we can see!

previousApache: The Early Life of Carlos Tevez
nextJohan Cruyff: The Great Inventor of the ‘False 9’