Tell me that Ruud van Nistelrooy isn’t one of the greatest finishers of all time, and I’ll book you into the nearest facility to check yourself.

In other words, you have to be out of your mind to think that the Dutch God himself, Ruud van Nistelrooy, isn’t one of the greatest out-in-out goal-scorers to ever grace a football pitch. And as we’ve discussed on many different striker-based articles here on Ultra United, there are many different types of scorers – each with their own qualities and table-topping figures.

You have the ‘drift in from the left and see where the goal is’ mentality of Thierry Henry, or even the ‘okay, just tell me when you need me and I’ll step up’ direction of Didier Drogba. But then you have the: ‘I don’t care what you do with the rest of your time, you just better make sure you feed me the ball by the end of the play … because Ruud is hungry’ van Nistelrooy mantra.

When I was growing up – back in the times where Manchester United actually knew what they were doing (kind of) – Ruud van Nistelrooy scoring just came to be expected whenever the club ran out onto the pitch, and it’s simply because he was one of the simplest, most efficient and single-minded goal-scorers to ever run out in front of the Old Trafford crowd.

His station was the penalty box, and he knew he needn’t move from there. As far as he was concerned, his game centred about making sure that when he got the ball in that area, that he knew exactly what he wanted to do with it and how he was going to make that happen, and his teammates knew it too!

“Out of all the strikers I’ve played with, I enjoyed playing with Ruud [van Nistelrooy] the most, because you just knew what to expect, and understood what he was capable of doing.”

Now this is some pretty high praise coming from someone as respected and seasoned as Paul Scholes, but it stands to reason to illustrate just how proficient van Nistelrooy was – as does scoring 150 goals in just over 200 games in all competitions for United … only I hate when people rely on stats to make their case because they can be mis-leading at times. Instead, it’s all about how a player behaves, acts around their teammates, and the type of example they set for the squad through performances on the pitch.

I’ve mentioned before in a previous article regarding Alan Shearer, that today’s strikers could learn a thing or two from some of the older guard. In that sometimes, it pays to be a little simpler to ensure that the job gets done as opposed to always seeking to be a little bit too flashy when making your point. And when it comes to just doing what needs to get done in order to fulfil your role, Ruud van Nistelrooy completely understood that.

Manchester United’s entire game plan around this time (rightly or wrongly) was to get the ball up to van Nistelrooy and hope for the best, and the Dutchman’s accuracy and dedication to getting on the scoresheet allowed him to carry a largely average United side to some meaningful moments in their history.

I long to think what life would be like right now if he was able to line up alongside some of United’s talent today, and unlike most comparisons, I actually think he’d fare well despite the generational differences between his time and theirs. Because one thing has always been able to transcend the different eras of the game of football, and it’s that goals are the order of the day. And goals = Ruud van Nistelrooy.

Share this post using the buttons below and tag us in your favourite ever van Nistelrooy moment! 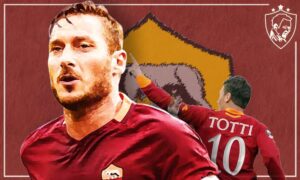 Loyalty is something that is almost lost on the itchy-footed players of today, and looking back on the Re Di Roma‘s career is one to

A Love Letter to Neil Warnock

To some, Neil Warnock is … a relic. A merchant of sh*thousery long past his expiry date. But what he’s achieved in football, and more 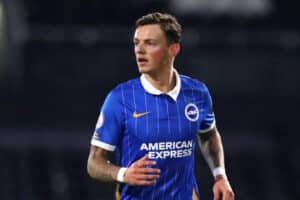 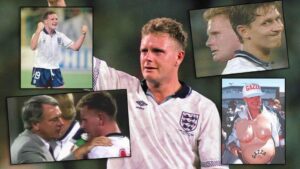 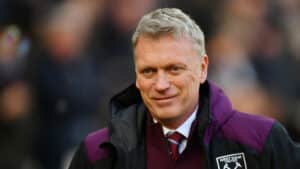 David Moyes has said (quite rightly) that West Ham are a different side to the one he inherited from Manuel Pellegrini in December 2019. That