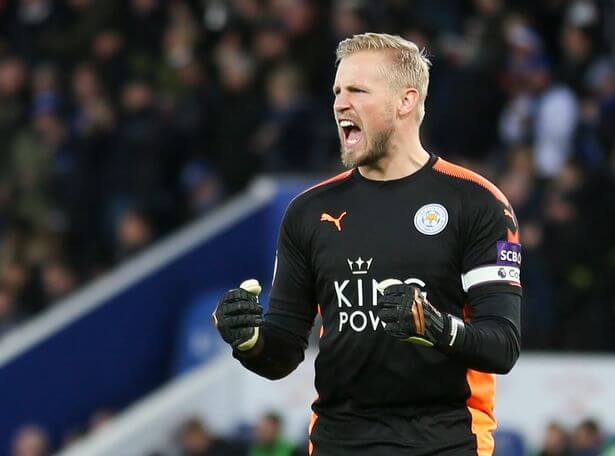 Carrying on the mantel from his dad was a tough act to follow, but Kasper Schmeichel has done it incredibly well.

In fact, I find it insulting when fans and media pundits liken one player to another without giving them a chance to stand on their own two feet – and it’s even more concerning when it’s a family member. I personally believe it’s one of the reasons for why Jordi Cruyff is perceived in a certain way, as well as the likes of Florentin Pogba and Kevin-Prince Boateng. Being ‘overshadowed’ publicly by family is an awful feeling. And it’s something I fight to repel whenever the subject comes up.

And in the case of Kasper Schmeichel, his closest playing relative and even more easily comparable than the examples that I’ve just mentioned. For one, both he and his father have very similar features and are goalkeepers. They even both played for Manchester City at one point. And certain similarities can be found in their game – particularly in regards to their one-on-one style and reflex abilities. But after that, Peter and Kasper have comparative differences which triumph over one-another.

Granted, Peter was taller, perhaps a little more shouty, and had a certain presence which more evidently inspired his back line at club and international level, but to say that his son is some slouch in comparison is a grossly misleading summary of his capabilities as a goalkeeper. The fact of the matter is that Kasper Schmeichel is a mightily fine shot-stopper – and was pivotal to the ultimate success that Leicester City enjoy today.

After reuniting with Sven-Goran Eriksson for the third time in his career when the Swede took charge of Leicester in the English second division in the summer of 2011, the undisclosed fee required to bring him there stands as one of the Foxes most shrewd acquisitions to date. And in his earlier years at the club, he worked tirelessly with the coaching staff and other subsidiary senior pros to hone his craft and maintain the No.1 spot. To be fair to the lad, it wouldn’t take long before the name ‘Kasper Schmeichel’ would be etched indefinitely onto the team sheet in the years to come.

As discussed in a previous article on ‘Ultra Teams’ where the signing of Thierry Henry catalysed a number of key differences in the run-up to Arsenal’s legendary ‘Invincible’ run in 2003-04, Kasper Schmeichel’s arrival at the Foxes ensured that their backline would at least have a stable figure between the sticks to keep a good hold of the men in front of him. And during his inaugural years in blue, he sharpened his tools of leadership.

His communication improved drastically, he better understood how to claim control of his own penalty area, and his began to develop a whole new style of his own. Which, once you get over the fact that he resembled his father, was idiosyncratic to Kasper himself. I don’t recall very many keepers in the Premier League at that time being as assertive and confident as he was, and it was this confidence which helped to carry the team through once they’d reached the ‘Promised Land’ in 2014-15.

The Dane was absolutely instrumental in preserving their status for that title-winning year the following season – with his consistency in goal being a key feature for their relegation battle towards the end in particular. And when we look into the year when they won it, a lot of the plaudits go towards the likes of Jamie Vardy, Riyad Mahrez and N’Golo Kante – and all for very good reasons, of course, but what is a team without a goalkeeper? What is a team that scores, against a team that concedes? What is a team that’s inconsistent and working on the break, without something to keep them strong in transition. So basically, what is Leicester during this time without Kasper Schmeichel?

Share this post and let us know your honest thoughts about Kasper Schmeichel in Leicester’s title run!

previousYaya Toure: ‘The Pied Piper’ of Manchester City!
nextWhat Should Jack Grealish Do Next?