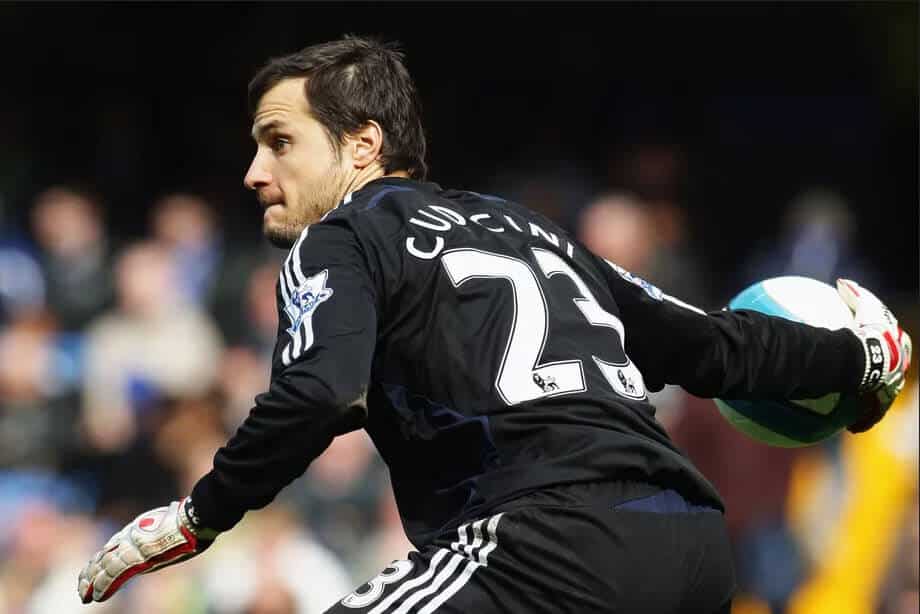 A goalkeeping ‘understudy’ is a highly deplorable name to give to the majority of top stoppers – but it’s sacrilege in the case of Carlo Cudicini.

Don’t get me wrong, it’s not as if players are signing up to become official ‘under-persons’ to another player – like a sous chef in the eatery industry or an official ‘understudy’ in the world of theatre. But just as things tend to happen in the football world, it’s a common unofficial title.

In layman’s, for every single position on the football pitch, there is only one person who is permitted to take that role on in a single game. Thus, if there’s another player within the team’s ranks who plays that position but isn’t a managerial preference, then they’ll unofficially be below them.

However, in outfield positions, there’s always the scope for players to improve their versatility elsewhere in the bid of being considered ‘useful‘ to the coaching team. But with goalkeepers, there’s only one spot between the sticks. And as luck would come to be in the world of Carlo Cudicini, he just never seemed to take the prime spot! But it wasn’t for lack of ability!

Joining in 1999 for Gianluca Vialli‘s Chelsea (only for a year before a longer-form version in Claudio Ranieri came along to the Bridge come the turn of the millennium), Carlo Cudicini was the first-choice stopper for the Blues right up until 2004. During this time, it was clear to see his enviable qualities when considered their main man between the sticks …

A natural shot-stopper and clearly fearless in a one-on-one situation, Cudicini quickly proved to be one of the top reflex-based ‘keepers in the league. His distribution was pretty solid and he communicated well with his back line, but annoyingly, an almighty sea-change was on the horizon.

As we know now, 2004 wasn’t just the year which officialised Arsenal’s invincibility under Arsene Wenger, but it also saw one of the most overtly invasive financial takeovers in footballing history. Roman Abramovich completed his summer purchase with Ranieri still in charge but clearly ruled the roost when it came to bringing in some financial reinforcements. Not only up top with the likes of Hernan Crespo and in midfield with Claude Makelele, but in Carlo Cudicini’s coveted position, also!

Without wanting to take up too much more time in your afternoon, evening or whatever point in the day you’re choosing to read this (which we thank you for, btw!), not even a goalie of Carlo Cudicini’s quality was capable of displacing the incoming Petr Cech at Stamford Bridge.

Stints at Tottenham Hotspur and LA Galaxy followed for the flying Italian, and it’s a real shame that people don’t give the guy the credit he deserves. To the wider footballing community, he might always be known as ‘the guy in Petr Cech’s shadow’. But to me, I think he’ll have to go down as one of the most underappreciated goalkeepers in the Premier League era.

What do you think? Any Carlo Cudicini fans out there? Let me know in the comments below!