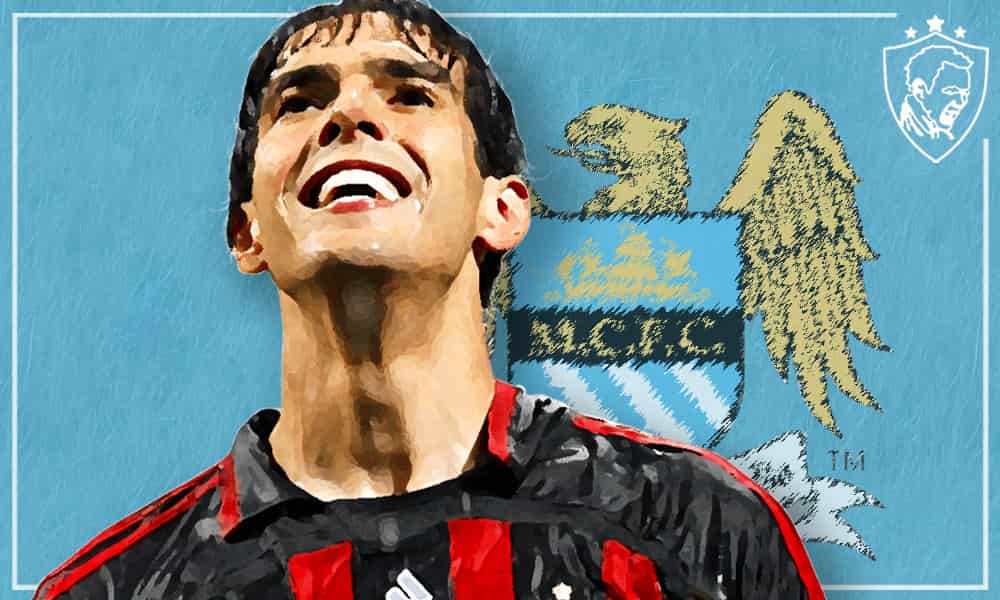 You know, sometimes football can be a bit of a reality TV show at times. Not like ‘Love Island’, I mean a properly interesting one …

The tale of Kaka and Manchester City is a real convoluted one, and altogether paints the picture of where either party were at during the time of when this story was being released. Because, I’d imagine, if something like this were to be going on in the present climate, any sort of deal might have been a foregone conclusion.

But back then, the club were only coming into what we now recognise as a game-changing era for them (and indeed, the entire footballing world). With their projected and drawn-out Abu Dhabi takeover finally recognised by the powers that be, there was still some kind of formalities needed in order to be considered something to be reckoned with by their peers. In other words, they needed to (quite literally) put their money where their mouth was.

As we’ve discussed previously within the Ultra UTD archives, their journey began with the signing of Real Madrid and Brazilian starlet Robinho. Now, whether or not the player himself actually knew he was joining Manchester City was one thing, but the impact this had on their fortunes as a reformed football outfit was unmistakable.

Serving as that ‘marquee signing’ they desperately needed, Kaka was soon sounded out the following season as the ideal person to keep them on this trajectory. After all, what’s the point in going this far in getting someone like Robinho to usher in this new era, without having the forethought of following that up? Plus, though the winger might not have had the best effect (as far as consistency was concerned), Kaka seemed a little different.

Firstly, he was one of those rare breeds who could actually survive in the ‘no creativity allowed’ cauldron of Serie A. As we know, it’s long proven to be a difficult place for creatives like Kaka to do well in these circumstances, so quelle surprise when the lad went off and claimed the world’s admiration during his time there.

After an illustrious few seasons with A.C. Milan, the summer of 2009 brought up that age-old question of ‘what’s next, then?’ for the Brazilian superstar. A Ballon D’Or down – yet still with ‘something to prove’ – it was widely reported at the time that a number of high-profile clubs had come in for him. The most persistent among which (or at least, the ones who got there before anyone else) was none other than Manchester City.

As discussed in a revealing episode of ‘The Transfer Talk’ podcast on Sky Sports, then-Chief Executive Gary Cook describes how important it was in the early days to build this Manchester City brand under their new ownership. Not just for how this would look to the outside world, but also to ensure that their superiors felt that they had the right people in the right places to make the decisions they want to make. This is where Kaka came in.

He seemed a perfect signal of intent for where the team were looking to go, and Cook and co. set to in earnest to get their man before the vultures circled. So early were they, that it got to sitting down with Kaka’s representatives to hash out a deal. Apparently, the money and some personal terms were agreed! So, what went wrong?

Well it’s of Cook’s opinion that City were used as a bargaining chip to get Kaka the move he really wanted to Real Madrid. So, when Los Blancos were twiddling their thumbs on the deal, it was easier to say ‘come on, let’s get this done’ with City so keen. I mean, time heals all wounds, so I doubt they care much about it now, ey?

What do you remember of the rumour linking Kaka with a move to Manchester City in 2009? Let us know in the comments below!