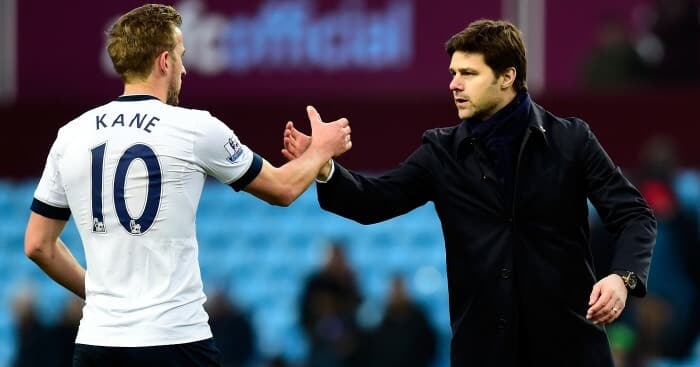 It’s clear that Mauricio Pochettino isn’t having the start he wants at PSG – and I’m pretty sure that the arrival of Harry Kane could turn things around.

In recent months, things haven’t gone quite to plan for neither Poch nor Harry – in that both of their teams have seen a recent downturn in their fortunes from what their fans demand. PSG ought to be at the top of the tree in Ligue Un, and yet they’re third following a strange ol’ loss to AS Monaco.

Whilst Tottenham Hotspur are struggling to even reach those in the top four positions, having been touted to win the entire bloody thing when this looked better for Mourinho. But at it stands, it looks like it could be another tough journey for Harry Kane and his beloved Lilywhites this summer.

Which beggars the question (that usually gets asked pretty much every transfer window nowadays), will there come a time where Harry Kane’s patience will run out with Spurs, and will he respond by finally moving elsewhere into a position of authority to win a title of some sort? Well, whilst there is zero guarantee of this until he signs on a dotted line, let’s admit that the circumstances for this summer will be unlike no other.

During his most successful time at the club (and arguably the best time for the club as a whole in the Premier League era), Spurs were being stewarded under the watchful eye of Mauricio Pochettino himself. While there, Harry Kane developed his overall game into the player we know and love today.

He’s an incredible creator, a deadly finisher and a clear leader from the front. As such, he’s revealed to be one of the best in his position in the world, and the game’s bigger players are bound to take notice. But only some are in a position to take action on it.

Alongside Manchester City, PSG are the only other state-backed club in the world and boast a bank balance befitting of this status. So, there is a very strong possibility that they could move some finances around to acquire someone like Harry Kane. And all I’m gonna say on this here is: PSG need a striker like him, and Harry Kane deserves more than he’s getting at Spurs. I reckon the human aspects of the game are standing in his way, but winners need their thirsts quenches sooner rather than later, don’t they?

What do you think will happen with Harry Kane this Summer? Let me know in the comments below!

previousThe Innocent Beauty of Topps: ‘Shoot Out’ Cards (2004-07)
nextSouth Korea at the 2002 World Cup: A Tale of Dreams or Corruption?