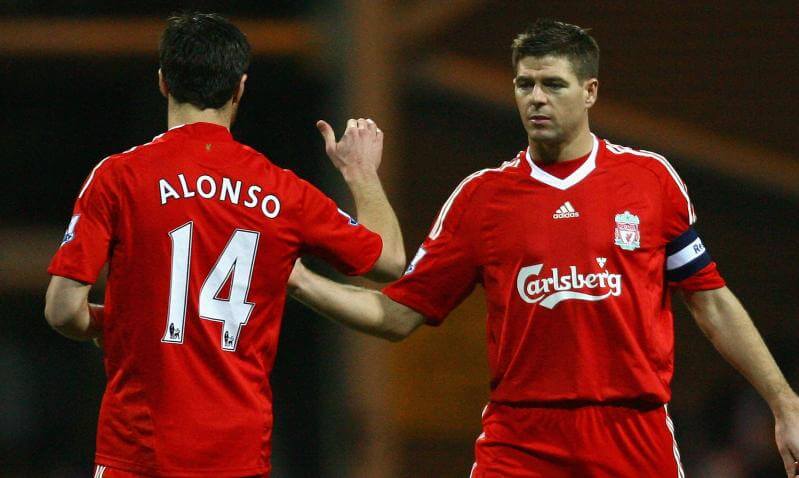 Forgetting my United allegiance for a moment, game recognise game – and even I have to admit that this Liverpool midfield trio ranks among some of the best I have ever seen!

Okay, this is going to be difficult for me as I’m about to do the unthinkable – and speak about Liverpool in a positive light (United fans, pls forgive me!). Because although it’s playing against me here, Ultra UTD was founded with the purpose of being completely unbiased with the aim of recognising what’s truly there to be appreciated.

So, in this case, football fans need to put aside whatever their feelings are about Liverpool and recognise two things: 1) even despite their current run of form, they are one of the best teams in the world, and 2) even against a squad who won the league last year, this current Liverpool midfield trio couldn’t even hold a candle to the one from around 2008.

Beginning with the captain, Liverpool’s box-to-box efforts were maintained and stabilised by the insatiable Steven Gerrard. Who for me, despite the technical ability of Paul Scholes and the goal-scoring nature of Frank Lampard, ranks (for me) as perhaps the greatest all-round midfielder that England has ever produced.

Arriving from a talent-ridden La Liga in 2004 following the welcome arrival of fellow Spaniard Rafa Benitez, Xabi Alonso brought creativity and culture to this Liverpool midfield trio. To the point where opponents soon began to recognise his visionary qualities and eye for goal.

So much so, that it freed up the usually encumbered Steven Gerrard to have more space than he was used to. Therefore, with the attacking side of the team’s midriff working overtime, it was imperative that the recruitment team focused their efforts on its defensive arm. Right on cue, enter …

Being brutally honest, even with the great talent that has worn Liverpool red in recent years, I have never been more jealous of an Anfield arrival than Javier Mascherano from West Ham in 2007. Admittedly, United were able to benefit from that odd Hammers announcement with the brief, yet beautiful loan spell of Carlos Tevez, but I look back now and see Mascherano as the beating heart of that Liverpool midfield trio.

Together, these lot complemented each other beautifully, and but for the team’s lack of defensive stability, they might have gone on to achieve more than they did. Gerrard brought the energy and leadership, Alonso brought the calm and Mascherano brought the storm. It was the footballing equivalent of a brand new Audi – absolute poetry in motion on the offensive, yet sturdy and dependable as they regressed.

The true ability of these lot were compounded in their limited season’s together with the powers of Fernando Torres up front. At his pomp, the bright-haired Spaniard was absolutely deadly and I know Steven Gerrard loved his time with him at Anfield. But more on that later on …

For now, we remember one of the greatest Liverpool midfield trio’s of all time, so we wanna know how do you remember them? Comment down below!