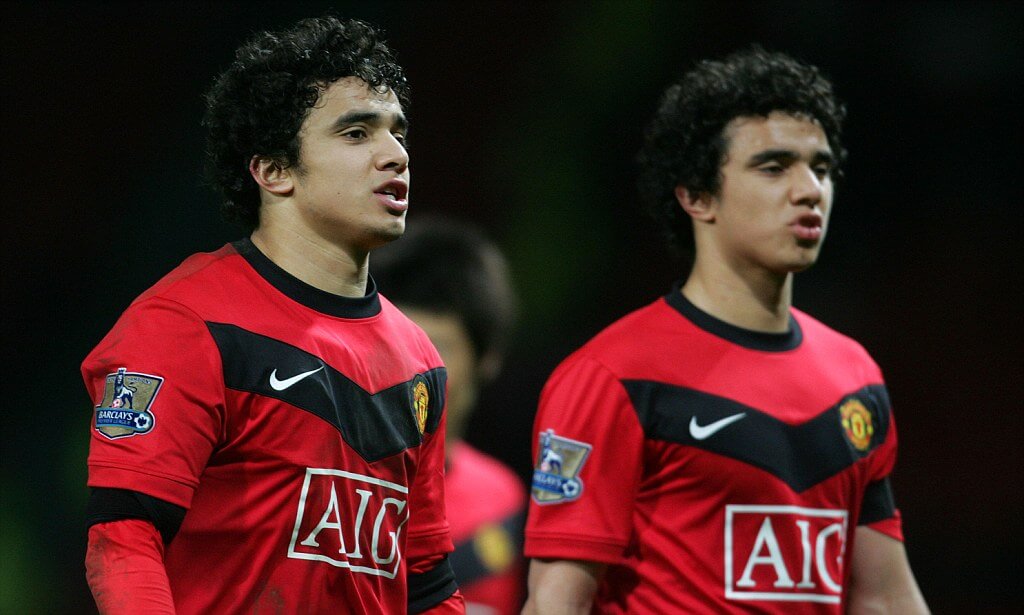 I must admit, when I first heard that Manchester United were in for the Rafael and Fabio Da Silva duo, I was confronted by a number of mixed emotions …

On the one hand, the concept of having a couple of hotly-tipped youngsters from the bowels of Brazil to join the United development squad is an exciting one, but we all know what happens with modern day journalism and not giving young players the time they need to develop, and none of us want that to negatively impact players!

But then again, they would be under the guile and stewardship of the great Sir Alex Ferguson – a manager who not only prides himself on his attitude towards developing and exposing young players to first team football, but is also blessed with the man-management qualities required to bring the best out of most players he comes across. So, it’s a risk, but a calculated one!

Out of the two, one could arguable say that Rafael Da Silva (technically the elder one) developed quicker than his younger brother. But on the other hand, one could make a similar argument in saying that Rafael was simply presented with more opportunities than his brother.

Together, Rafael and Fabio Da Silva were an enigmatic partnership – like something you’d see in a fictional story. In that they were identical in appearance, equally quick, technically gifted and played on the opposing side of the defensive back line. Rafael on the right and Fabio on the left.

On the elder’s side, he had little other than an ageing Gary Neville and dwindling Wes Brown to compete with for a first team spot, whereas Fabio had to content with an ageing-like-a-fine-wine Patrice Evra staking his claim as Fergie’s out-in-out left-back. And this might explain why Rafael and Fabio Da Silva rarely played together on the same pitch at the same time during their near decade in the red and black and Manchester United.

Nevertheless, their impression on the United fans would supersede their on-field statistics. Personally, I never really felt all that comfortable in either of their pure defensive capabilities, but going forward, they were very dynamic and offered a switch-up in variety for United. As seen above, they were even trialled out on the wings in some games whenever the Gaffer felt like resting some of his other star players in those roles.

With everything in mind, I reckon that if you asked a Manchester United fan their true opinion of the Rafael and Fabio Da Silva partnership, few would be quick to lambast them for their overall qualities. Personally, I will remember them as being a pair of dedicated professionals who were as loveable as they were unpredictable. Would I want them in the current United squad, probably not. Do I appreciate their contribution to the cause and wish them nothing but the best in whatever they do with their post-Old Trafford careers? Absolutely.

What are your views on the Rafael and Fabio Da Silva entries on MUFC’s registrar? Let us know in the comments below!