Who REALLY Signed Dennis Bergkamp in 1995? 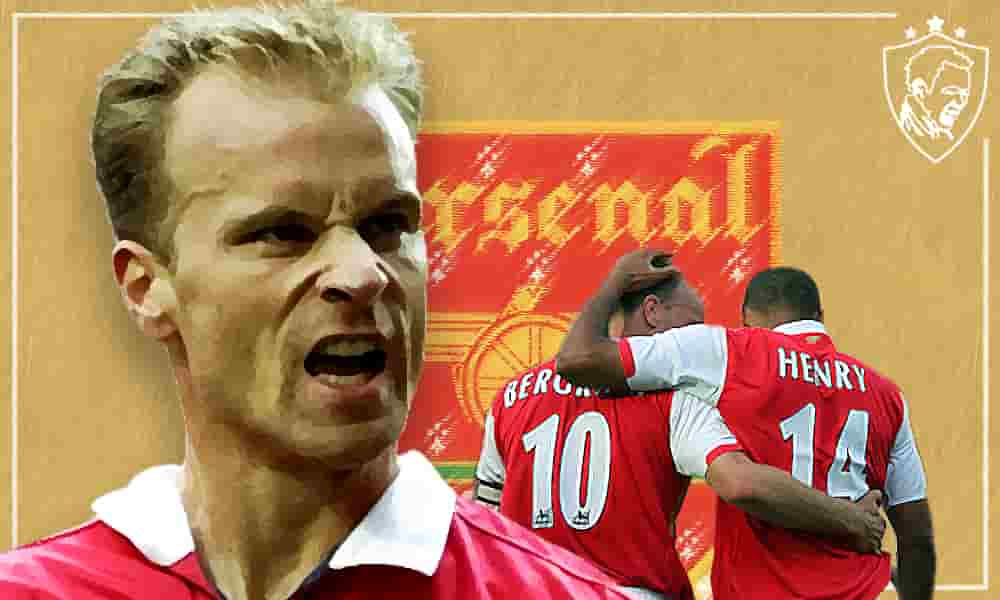 Now, we all know that the Dutch Maestro ended up becoming a legend at Arsenal Football Club, but the question here is, who signed him?

Now, I know that this is a pretty basic point – and it’s something Dennis Bergkamp himself will know all too well – but generally, managers, directors, players and agents are the people in charge of signing new team members. And only in the past two decades have agents and directors been more directly involved in that process.

So, by that yardstick, the signing of Dennis Bergkamp would have most likely been in the hands of his club representatives and agent. Who, at this point in time was a domineering ‘soldier-like’ manager by the name of Bruce Rioch. Arriving from Bolton after the ignominious departure of ex-patriarch, George Graham.

Who would only go on to manage the club for a matter of months after Bergkamp entering the club in 1995.

So, considering how long he was able to enjoy his latest purchase, can we really say that he was the man behind smashing the club’s transfer record to buy a player that wouldn’t fit his typical system … and would only be able to manage the guy for the best part of the year? Well, no. No, we absolutely can’t.

At the time, Arsenal were in a perpetual state of limbo following the dismissal of long-term manager George Graham following an illegal ‘bung’ scandal for his own transfer-related misgivings. And given that a lot of the backroom staff followed him on his way out, it seemed logical for the club to appoint a sturdy (and temporary) steward to steady the ship before the truer captain arrived on board.

And, as harsh as it may sounds to say, Bruce Rioch was that temporary man.

But in all of this, Arsenal’s Vice-President David Dein (MBE) was looking for anything but a temporary solution to the long-term problems at the club. He wanted to alter the style of football that ‘Boring, boring Arsenal’ were used to putting out there, and went on his own journey of self-discovery in an attempt to sift through the weeds and happen upon the ideal person to lead the club to prosperity.

On his travels, he came across some diminutive-looking Frenchman conducting a number of seminars and assemblies on behalf of FIFA – preaching about the importance of nutrition, free-spiritedness and long-term recruitment to a football club’s lengthy success. His name was Arsene Wenger, and after arranging to pick his brain even more, Dein knew he had his man … and even arranged a little present for him!

As we will come to discuss multiple times (for sure) on Ultra United, Dutch football was making something of a serious power-play around this period, and Arsene Wenger wasn’t the only person to be completely enamoured by their legacy and continued influence on the sport. So, Mr. Dein (being the absolute diamond that he is), decided to reward Wenger’s decision to manage Arsenal by signing Dutch playmaker, Dennis Bergkamp for £7.5 million.

A paltry sum by today’s standards, but a rather sizeable one back then!

At the time, Bergkamp wasn’t enjoying the best of stints in his career in Italy with Internazionale given the inherently negative and constrictive nature of the Italian ‘catenaccio’ style.

But having spoken at length with Wenger about what his proposals to make Arsenal more fluid and easy to watch, it’s clear to see that Bergkamp was brought in with Wenger in mind – even if it meant committing to the fee almost a full year before the club would be able to reap any rewards … and even before Arsene could legally buy his way out of his existing managerial contract (with Grampus Eight in Japan).

It’s all a bit messy when I put it like this, but here’s a little synopsis (and no, you didn’t need to scroll all the way down here to miss my waffle at the beginning, because that’s just rude!)

There’s even a fitting statue of the great Dennis Bergkamp sitting proudly outside Arsenal’s more recent home at the Emirates Stadium. A physical representation of his immortality in the red part of North London.

Be honest now, did you know the circumstances behind Dennis Bergkamp’s arrival at Arsenal? If not, share this post via social media below and spread the knowledge! Go on, Tweet us … you know you want to!

4 thoughts on “Who REALLY Signed Dennis Bergkamp in 1995?”