The Transfers That Got George Graham Fired in 1995! 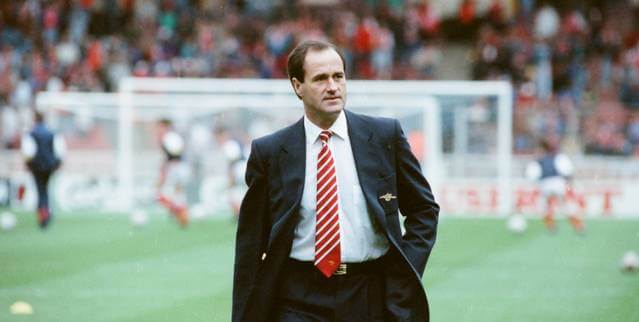 People will have their own theories, but it’s generally accepted that this is what got George Graham sacked from the Arsenal job before Rioch and Wenger came in.

Right, so before we get into this ‘oh how awful was George Graham for doing this‘, we cannot escape the fact that he remains a much beloved figure at Arsenal Football Club. He was a perennial winner, respected backstage and knew what it meant to be at a club with the heritage and gravitas of the Gunners. And I genuinely don’t think that his future actions were done with the clear intention of impacting his employers. As Alan Smith mentions in the link included earlier on, that wouldn’t be in his nature.

Though perhaps his heightened standing in the game at the time, as well as how poorly regulated it was contributed to what happened next. Nowadays, the game still receives a lot of flack for its stance on football transfers. No matter which way you look at it, it appears that contracts are heavily weighted in favour of the player against the club, which in turns offers some far more leverage towards their intermediary / ‘agent‘. As of right now, current FIFA president Gianni Infantino is apparently doing what he can to combat this, but admits that the ship might have sailed on that one.

In regards to the issue of agency in football (and the rabbit hole that derives from it), I’m sure there will be time to discuss this in much greater detail on Ultra UTD, and you can even check out my debut book ‘The Football Spider Web’ if you want to find out more about how it ties into the wider footballing world. For now, it remains a reference in George Graham’s trial.

Back in the early ’90s, agents were only beginning to have the influence that seems so commonplace today. But there was even less regulation in place to control whatever they were getting on with behind closed doors. Strictly speaking (and though there are copious amounts of ways to get around these ‘prohibitions’ – just ask Sam Allardyce! … too soon?), agents today have their commission capped, and underhand payments aren’t all that common given the company implications behind running an agency.

But George Graham knew around the time of his Arsenal ascendancy, that certain agents were more than happy to pay off their parts here and there if it meant that a deal would go over the line. And this was before the Bosman ruling came in, which meant that actual payments were the order of the day if you held a hope of obtaining your primary targets.

Therefore, the art of ‘this is how much we’re going to pay for your player – but here’s a little piece to get yourself something nice’ was a laughably common interaction. So, various underhanded payments in the form of cash stuffed into brown paper bags (no, genuinely they often used to look like this – so that the cleaner knew to leave them alone!) would be presented by agents (usually) to club officials, managers and players to bring on their clients or to generally have their way with a deal going through for their benefit. This happened when George Graham met Rune Hauge in 1994.

Having built up a solid reputation for himself back home in Norway, Rune Hauge became well known and respected with nearby players. And given the fact that the Scandinavian stock as a whole had risen once local in-landers Denmark won the European Championship in 1992, George Graham sensed that Hauge would be a stepping stone for greater things.

In order to get in his good books, Graham signed off on an outlandish deal for Danish ‘stars’ John Jensen and Pal Lydersen. The former had actually been at Euro 1992, and the latter’s stay was about as long as this sentence. And given that he signed the pair of them for almost three times the fee required to bring in the likes of Ian Wright and David Seaman (!!!), it was clear that something shady was going on. Further investigation revealed an illegal £425,000 pocketed by Graham for his co-operation, and he was sacked hours later before Bruco Rioch and Arsene Wenger got the club back on terra firma. Moral of the story: money is a dangerous thing!

What do you reckon would have become of George Graham if something like this happened today? Get thinking down below!

previousBrad Friedel: The Definition of Consistency (2000-15)
nextNapoli: A Club of Cult Heroes