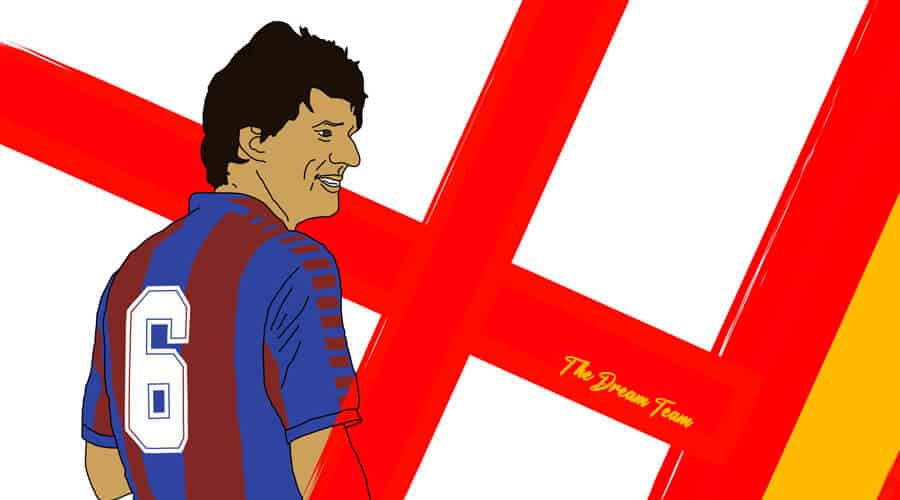 Imagine being chosen by Johan Cruyff to be his creative outlet, yep, that’s how good Michael Laudrup was.

We’ve already spoken about Johan Cruyff a few times throughout Ultra UTD. but as you know, I’ll never pass up the opportunity to wax lyrical about the man who I deem the most influential to ever kick a football. After seeing out an outrageous twilight to what was an incredible playing career, Cruyff was looking to have an equally profound impact from the coaches’ dugout. Needless to say, he didn’t disappoint – breaking record after record at his first home with AFC Ajax, before moving onto another former residence at the Camp Nou of FC Barcelona.

When he was there, he had a huge playing legacy to follow, and yet he lived up to expectations – assembling one of the greatest Barcelona teams ever formed during his tenure there as ‘Head Catalan‘. To do this, not only had he maintained a steely and fluid defensive style (thanks in part to the ‘Total Football’ philosophy which governed much of his time on the grass), but he also recruited and coached perhaps one of the most deadly attacking trios in Blaugrana history! In fact, but for the likes of Ronaldo, Messi and Neymar gracing the Camp Nou turf, I reckon we’d still be talking about this side a lot more than what we do now. Millennials, ey?!

But before we can even consider the talents of Hristo Stoichkov or Romario, Cruyff understood better than anyone, that a team’s front line is nothing without the conductor at the head of the orchestra. Someone who’s primary objective is to carve out opportunities, rather than slotting them away. And considering his own incredibly high expectations, it was always going to take a fantastically good player to live up to that of the Dutchman. So yes, you guessed it – Michael Laudrup was that ‘fantastically good player‘.

Prior to joining the club in 1989, Michael Laudrup was going through a similar fate which befalls a number of creative, forward-thinking players. Given the stature of Serie A football at the time, Laudrup decided to test out his exploits for Juventus, before realising how difficult it can be. Granted, he lasted a heck of a lot longer than Roberto Carlos or Dennis Bergkamp did (with each of them suffering for a quarter of the time compared to the Danish artist), but it still wasn’t ideal. So, that big-money move from Cruyff really couldn’t have come at a better time – both for club and player.

Signing Michael Laudrup enabled two things to happen for Barcelona: to play more freely through the middle of the park (so as to not rely on their inefficient wing-play), and attract a higher-profile of player to the club to be used in advance of him. For Laudrup personally, having the impending arrival of Stoichkov and Romario ahead of him meant that his creative abilities could be exploited in its fullest form. As his time at the club carried on, he even became a very vocal supporter for some of the young players around him – something a young Pep Guardiola found invaluable.

The ‘Dream Team’ was ready to go, and a number of domestic and European achievements helped to elevate the profiles of those who earned it – as well as the man who formed it. Yet even then, when we speak of great midfield creators – where’s the respect for Michael Laudrup? And we haven’t even gotten into his impending time at Real Madrid, or even his leading-from-the-front international escapades. The man was a genius, plain and simple – so let’s start thinking of him as more than just that ‘other Danish FIFA icon, that isn’t Peter Schmeichel.