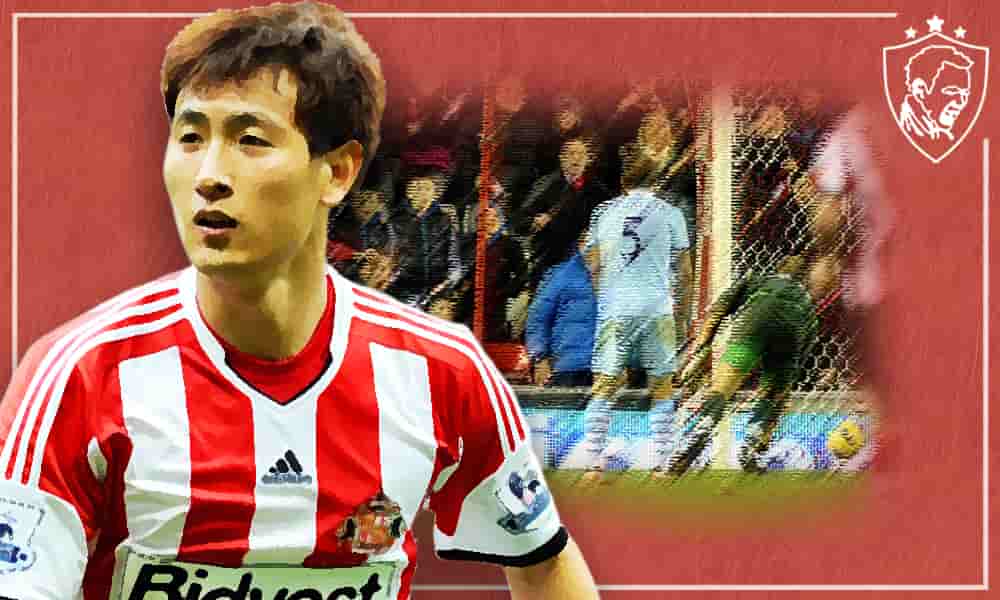 New Year’s Day 2012, Sunderland drawing 0-0 versus title contenders Manchester City. Last attack of the game and the chance for someone to carve their name into Black Cats folklore. Of course, there’s only one man for the job …

Before we delve into this scenario re Ji Dong-Won, it’s important to look back on the context of Sunderland’s 2011/12 season and the importance that such a game meant for their season’s survival hopes.

After a dreadful start to the new campaign, Steve Bruce was given his marching orders in November after a miserable run of results and a summer window that saw major departures for the likes of Jordan Henderson, Anton Ferdinand and Steed Malbranque.

Not the most ideal ways to kick the season off, I’ll give them that!

With the Black Cats defeating Blackburn Rovers and Queens Park Rangers before claiming a respectable 1-1 home draw against Everton as O’Neil amassed an impressive seven points from his first four games in charge.

Sunderland entered the secondary period of the season in heightened spirts but would play host to a sensational Manchester City side who were mounting a major challenge for the Premier League title following their significant financial takeover in 2008.

The game was played on New Year’s Day on a usual breezy, winter’s night at the Stadium of Light with Sunderland heading into this game as heavy underdogs.

After Blackburn Rovers’ famous 3-2 win against Manchester United the previous day, this would be the perfect opportunity for City to exploit on their closest rivals error and move closer towards their first title in 44 years.

The game itself was a tight affair as both teams came close to breaking the deadlock with Sunderland defending admirably throughout the contest, but the moment we all remember about this game is the closing moments.

With time ticking away, Sunderland mounted one last attack as substitute and £2million summer arrival Ji Dong-Won collected the ball on the left wing before playing a pass to attacking midfielder Stephan Sessegnon on the edge of the box.

In a matter of seconds, Sessegnon slotted the ball back to Ji who was played onside by the enduring Gareth Barry before taking the ball around Joe Hart and stumbling as he knocked the ball into the empty net sending the Stadium of Light into a frenzy.

Martin Tyler’s commentary of this moment may have been the very best of his career, well at least until the final day with the iconic ‘Aguerooooooooo’ moment.

“Sessegnon. For JI! He’s round the goalkeeper and HE’S DONE IT!!!”

This sends chills down the spines of Sunderland fans and is still a momentous nostalgia trip in the midst of a miserable few years for the Black Cats.

Sunderland certainly had a knack for shocking Manchester City throughout the Citizens trips to the Stadium of Light as they also beat them the previous year with Darren Bent scoring a last-minute penalty and would again upset the new champions the following season thanks to a Phil Bardsley winner.

Seems like playing against the likes of Ji and Bardsley proved a greater challenge for Mancini than England’s 2021 Euros squad!

While the South Korean international was never able to replicate this incredible this moment in a Sunderland shirt, he was able to raise some eyebrows in Germany with Augsburg including scoring twice against Borussia Dortmund in March 2019 before heading back to his homeland where he is currently playing with FC Seoul at the age of 30.

Was this Ji Dong-Won moment Martin Tyler’s best ever call as a commentator? Let us know by clicking the Tweet button below and let us know what you think!