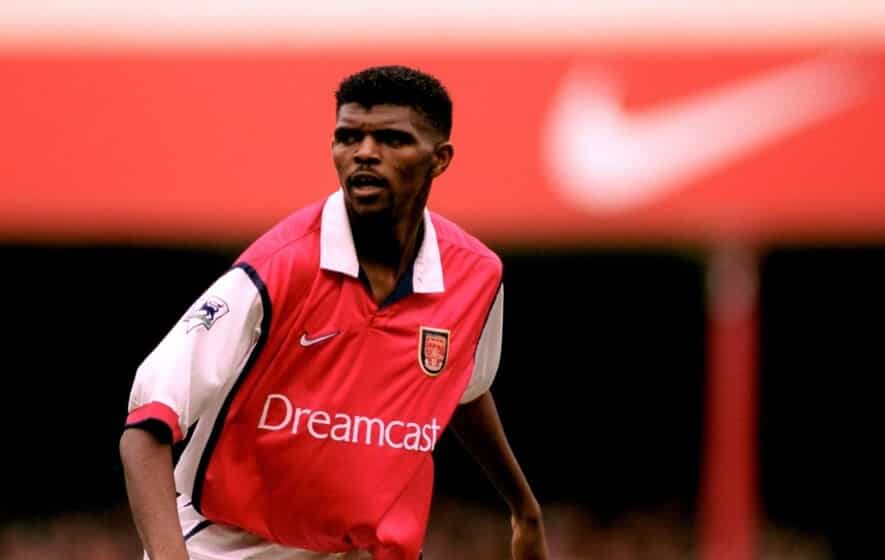 Naturally talented and with a carefree attitude, I sincerely believe that nowhere near enough commentators give Nwankwo Kanu the credit he deserves!

Think about it yourself: just taking a quick glance back at the illustrious career of Nwankwo Kanu will reveal a number of top-level teams. Ajax, Inter Milan, and no less the famous ‘Invincibles’ squad of Arsene Wenger’s early 2000’s Arsenal. The lad has been around the block, for sure!

But then, when you consider these sides and the other top-level players that were on their respective rosters, where would Nwankwo Kanu rank? And that’s where I have an issue with the discussion over his legacy; as just because you’ve played with some of the best players to ever grace a football pitch, doesn’t mean you weren’t a baller of your own esteem!

What also brings me reason to speak about Nwankwo Kanu in this way is the fact that things didn’t come easily to him. Not only did he really have to show his worth back home in Nigeria for AFC Ajax to pick him up in 1993, but his career reached an almost certain halt three years later.

On the face of it, one would think that Kanu’s experience in top-level football is akin to his future teammate Dennis Bergkamp. Who, as we know, rose through the Ajax ranks to earn an illustrious move to Internazionale – only to realise the strains of Italy weren’t suited to his free-flowing playing style. However, the Nigerian’s struggles there were far more personal.

Over three years in Milan, Kanu amassed a feeble-looking sub-15 appearance figure – averaging around 5 p/season with only a single goal to show for his time there. Though shortly before joining, his stellar Olympic run led to a routine medical examination prior to playing at the San Siro.

With the 1996/97 season fast approaching (and the likes of Ronaldo, Clarence Seedorf and Christian Vieri waiting to greet their new arrival), it was revealed that Nwankwo Kanu suffered from a debilitating heart defect. Something which should have halted its career in its tracks; but for the timely medical intervention of his carers, and the footballing intervention of a certain Arsene Wenger who was looking to diversify his front-line.

Apparently calling upon Bergkamp’s own review of the incoming front-man, it soon dawned upon Wenger that Kanu was exactly who he was looking for. As while the likes of Nicolas Anelka and Thierry Henry will always be considered to be better all-round strikers than their new colleague, Kanu possessed the aerial and physical capability that they lack.

So while he might not have had enough to completely displace the aforementioned duo (and the likes of Wiltord and Reyes when they came in), Nwankwo Kanu was still a force to be reckoned with when he played. Since then, he remains much beloved in North London’s red half, and his moves to West Bromwich Albion and Portsmouth years later only cemented his personal reputation. As someone with a butt-load of personality with the cards stacked against him, yet one who persevered through the strife to give his all to the game that captivates us all. Even as a non-Arsenal or associated club fan, I miss the guy!

Fan or not, it doesn’t matter. Get your honest thoughts about Nwankwo Kanu in the comments below!