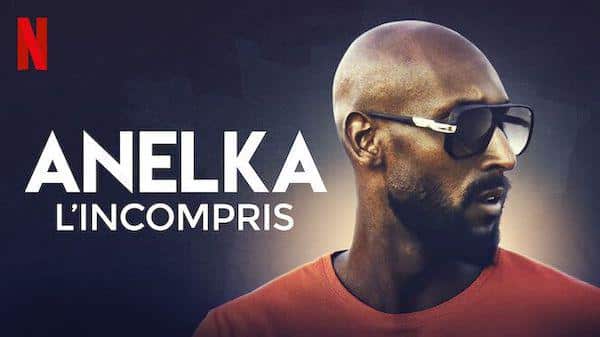 If you have a particularly strong viewpoint on Nicolas Anelka (regardless of the reason for it), then I implore you to watch this thing.

Personally, I didn’t really hold any antipathy for Nicolas Anelka and whatever he chose to do with his career before his documentary was released on Netflix. And if I had a gun to my head and was forced to think of something – I can only conjure up some jealous-based idiocy around his choice of joining pretty much every topflight giant other than my own beloved Manchester United. But that’s a pretty stupid reason, isn’t it?

If anything, I really liked Anelka. I thought he was always a really graceful striker when I got to see him – and this was during his latter periods at Bolton, Chelsea, West Bromwich Albion et al. But thankfully, the documentary precedes the time where my parents … did what they did, and I was fortunate to learn more about the meteoric rise of Anelka on the world stage, which sets the scene for the outstanding career that ensued.

Bursting onto the scene at the famous Clairefontaine Academy and quickly forcing his way into the senior Paris Saint-Germain setup as a result, the documentary does a great job of taking the viewer back to the points as if they’d just happened – without much presence of forethought around to skew our thoughts about it. In this case, we are able to appreciate just how much of a talented, explosive, natural goalscorer a young Nicolas Anelka really was! It’s no wonder that Arsene Wenger made a bee-line to bring him to his new-and-improved Arsenal side in 1997.

Two brief but wonderful years though showed the raw talent available to a young Anelka as he went through the motions as a professional. The interest which came soon after shaking his rump in front of the Premier League cameras was inevitable, and the documentary makes it clear as to why he couldn’t really turn reject a huge move to Real Madrid in 1999. As it appears, it seems as though Arsenal may not have wanted to let go of their prodigy, but their €20 million profit was enough to dry those tears.

Thereafter, I’m not shocked that he struggled to adapt to the Real Madrid way – who were in the process of beginning a new era with life under Florentino Perez quickly on the horizon. And truth be told, it took a move back home and two intra-UK relocations to Liverpool (on loan) and Manchester City (permanently) to start realising the potential he showed earlier at The Highbury Stadium.

Then, whether this is factually correct or not (and regular reviews suggests that it might be), I reckon that Anelka fell victim to a certain strand of journalism that is just as fragrant now as it was back then. Now, this might be strange to hear but, footballers are actually people too! And as such, they suffer from the same issues that we do as we get older – in that their physical attributes generally fade before a wiser, more cultured mental acuity prevails. In football terms, it means a player who was a teenage pace-man, might regress to a slightly slower and well-rounded disposition.

At Chelsea and in other later stages of his career (where I remember him from – because I’m just so spritely and youthful), Anelka did what some of the better strikers do. Instead of staying up top and purely becoming a finisher, he found it better to drop a little deeper and link up the play earlier on in midfield. So, instead of thinking about what was ‘lost’ from his game during this period, it’s much more constructive to think about it in terms of how he developed as a better all-round player.

With regards to his international escapades, we know that this was a particularly tough time for the French national team – with regular backstage ruckuses impacting their on-pitch success. Even with this, I’m glad that some of his teammates admit that Anelka was scapegoated for his perceived negative and low-key personality. A naturally withdrawn and talented footballer, we see a whole new light to the enigma that is Nicolas Anelka. And all in all, this documentary does a good job in showing refreshing side to the lazy journalism that depicted his ‘downfall’.

Have you seen ‘Anelka: Misunderstood’ on Netflix? If so, get your thoughts in the comments below!

previousHarry Redknapp: A Great Manager with an Even Better Personality!
nextI reckon … Liverpool Should Go for Ben White in the 2021 Summer Window!