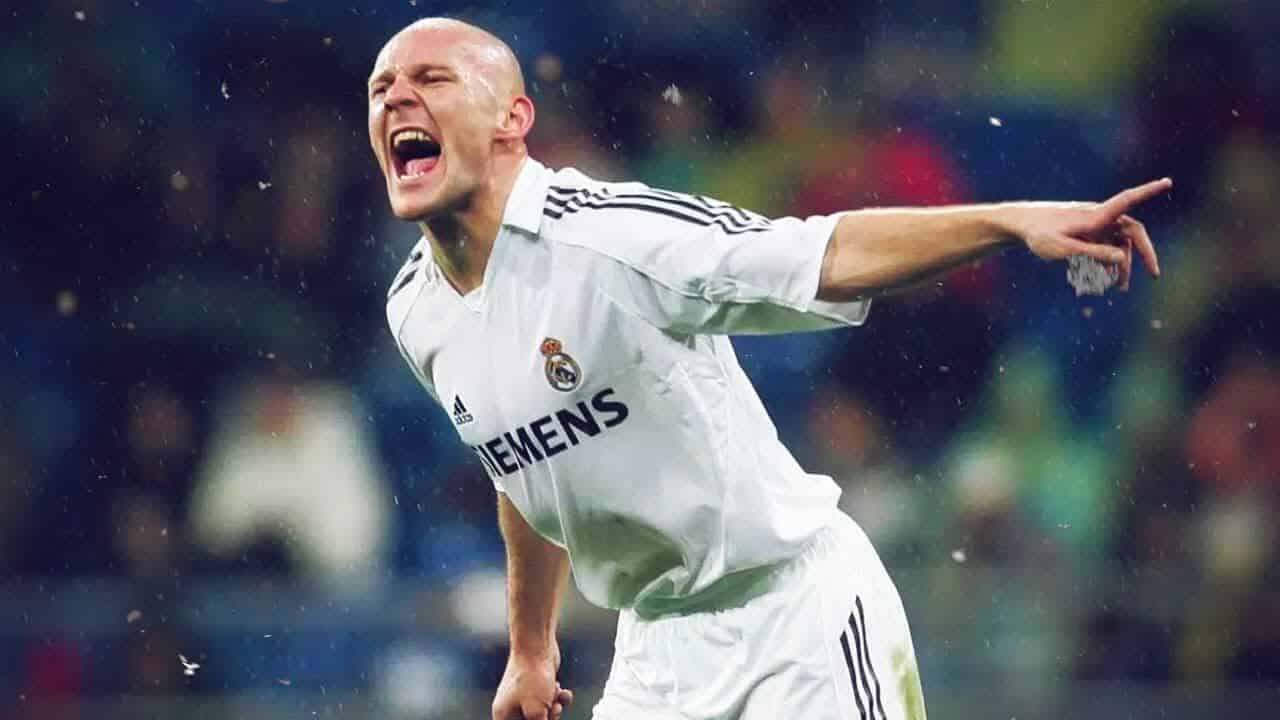 You really don’t need big names in your team to be a strong unit. And Thomas Gravesen’s surprise move to Real Madrid in 2005 proves that fact very well indeed!

Prior to his move to the Spanish giants, Gravesen was developing quite the reputation for himself in the Premier League with a spritely Everton side. Thrusted in a midfield containing a potentially distant twin in Lee Carsley and some Spanish pretender by the name of Mikel Arteta, his role was simple – stop the opponent’s attack and start one of our own.

In other words, we refer to him as an ‘Anchor Man‘ or a traditional ‘holding midfielder‘ – somebody designed to sit in between the midfield and defensive lines and act as a sort of dam to make sure not too much seeps through. A highly necessary and under-appreciated role in football.

In more recent years, games like Football Manager and FIFA have recognised their importance by putting them in their games and educating the user on how best to utilise them. And in a philosophical world, I’d like to think that their boffins were taking leafs out of the real world for that one.

As we’ve discussed a couple of times at Ultra UTD, these types of players are grossly undervalued; and there was a point where their value was only considered when it was too late. Here, we arrive at Thomas Gravesen as he serves to illustrate a point that we’ve discussed earlier …

Of course, I’m talking about the cautionary tale of Claude Makelele in a Real Madrid shirt. Under the famous ‘Galactico’ policy, a tidy water-carrier did not fit, but once ‘the engine’ of the side had left and performances stuttered because of it, Thomas Gravesen was drafted in as the ‘hard-man’ personality required to inject some power and solidity to that Madrid midfield. And given his stature in the game at the time, they needn’t have worried about his ability to perform in a league like the Spanish topflight.

Lovingly nicknamed ‘The Psycho‘ but his new cohort, Thomas Gravesen didn’t hide behind his new title – in fact, he embraced it! Never afraid to chuck himself into a tackle and sacrifice his own vanity for the good of the team, he was an absolute coup for the £2.5million pittance required to bring him to the Santiago Bernabeu (with Everton having to succumb to such a low offer with the prospect of a Bosman departure looming on the horizon).

Gravesen found success in white in a new 4-1-4-1 formation (which looked tailor-made to bring the best out of their new signing) and it worked well as the team seemed more balanced and solid than in the years prior. Unfortunately for him, the Dane’s marmite personality didn’t rub off that well with the typical stern-faced Madrid backroom department – leading to his departure for Celtic a year after arriving. Yet, his legacy as a cult hero for Los Blancos supersedes his own personal need to be liked.

What do you remember about Thomas Gravesen’s time in Real Madrid? Let us know in the comments below!

previousSouth Korea at the 2002 World Cup: A Tale of Dreams or Corruption?
nextExplaining Jesse Lingard’s Resurgence at West Ham