There will be time (I’m sure) to discuss what Emmanuel Emenike was actually like as a physical specimen in real life … but for now, let’s stick to FIFA 13.

In more recent editions of the game, the graphics and playing style have grown more sophisticated, fiddly and … largely, more cumbersome than earlier versions.

This is to be expected as the pastime gets with the times and wises up to what its audience becomes expectant of, and it meant that certain characteristics of players back then would be considered ‘overpowered’ (or ‘OP‘ to the gaming community) when matched up against other players in that same category.

In this case, pace ruled all. Which I doubt has changed much despite barely playing it over the past few years.

Quite literally, so long as you yourself (as the gamer) were well-adept at sensing danger and anticipating your opponent’s moves, all you needed in FIFA 13 was an inherently quick side all-round to be able to thwart your adversaries advances.

Is he running through on goal? Get an 80+ paced centre-back. Do you need a late winner? Get the 90+ lads on.

And around and around, we go!

I suppose it also helped that your players were physically able to hold themselves in duals with the enemy, and particularly for the advanced players, could unleash a ferocious shot toward goal when the opportunity presented itself. And as we will come to explore in this Ultra UTD ‘Gaming’ section, there were many different selections to choose from given how low the barriers to entry were for this particular category. But pop culture dictates that we can start nowhere else, but with Emmanuel Emenike.

A lot of us would like to think that we’ve come a long way, and are nowhere near the cretin that everybody around us thinks we used to be. But not many of have a video diary of our development through these years – which have been shared and edited throughout the years to serve as a telling reminder of where we came from regardless of where we go.

And it’s a case in point with ground-breaking British YouTuber KSI.

Nowadays, we know him as this bright, bubbly (and largely mainstream) personality who releases as many top-10-charted singles as he wins boxing matches – just going to take this opportunity to say that I work for DAZN and was able to work in the rights department to procure his winning fight against Logan Paul so, make of that what you will!

But before all this, he was an innovative UK gamer which a particular affinity for all things FIFA, and making his videos a striking collection to behold!

With FIFA 13 running rampant in the vastly-growing gaming community, the true marketing genius of KSI came to the fore – as he wanted to make his videos stand out from the rest with a series of memorable avatars.

So, citing his Nigerian heritage as an allure when searching for his ideal striker, he opted for then-CSKA Moscow striker Emmanuel Emenike. Who was not only a great marketing decision as very few gaming competitors would be known for having him, but was the ideal choice for the mentioned criteria.

Gifted with a 90+ pace statistic and a sturdy shooting ability to boot, Emmanuel Emenike was absolutely unstoppable at full pelt if you controlled him properly.

Needless to say that KSI did just that (even though a collaboration with his brother Deji in the 3rd and 4th episodes were exceptions to the rule), and Emenike proved pivotal alongside his Russian-based wingers as ‘JJ’ made a bit to soar up the lower leagues of ‘FUT’.

As the above embedded YouTube episode suggests, there came a point when KSI went for the more suitable EPL alternatives for his team in order to achieve better ‘team chemistry’ for the long run.

Nevertheless, Emmanuel Emenike’s reputation in the FIFA community became legend – and I’m yet to think of another YouTuber-footballer duo that was forged on a similar mutual respect for being prolific on the ‘beautiful digital game’.

Be honest, did you ever buy Emmanuel Emenike on FIFA 13? If so, get your review of him using the Twitter button below to let us know your thoughts! 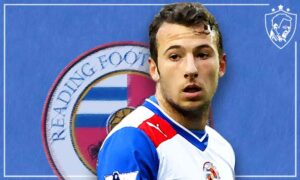 While Reading’s return to the Premier League was short lived, Royals fans had the privilege of watching some thrilling late action in their Premier League 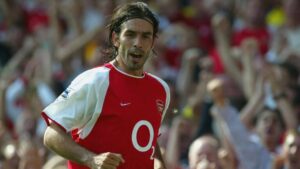 Forming another part of this incredible French-based attack, we have the wing-play majesty and style of Robert Pires. Before we go on, I just have

I could use a plethora of words to describe how good I think this guy was – but we’ll stick with ‘stylish’ for now. It’s 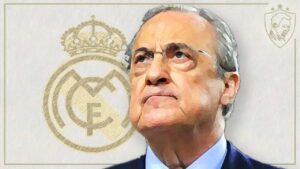 It slowly occurred to me that we referenced this time in Real Madrid history multiple times, but we never really sat down and discussed its 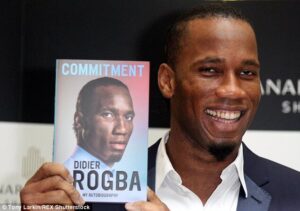 If you’ve ever wondered what drove Didier Drogba to do what he’s done … then here’s your chance to find out! Ark your head and

Excusing his stints at Liverpool and Crystal Palace, there’s no doubting that the big Belgian forward was a colossus for the Villains. Nowadays, Aston Villa