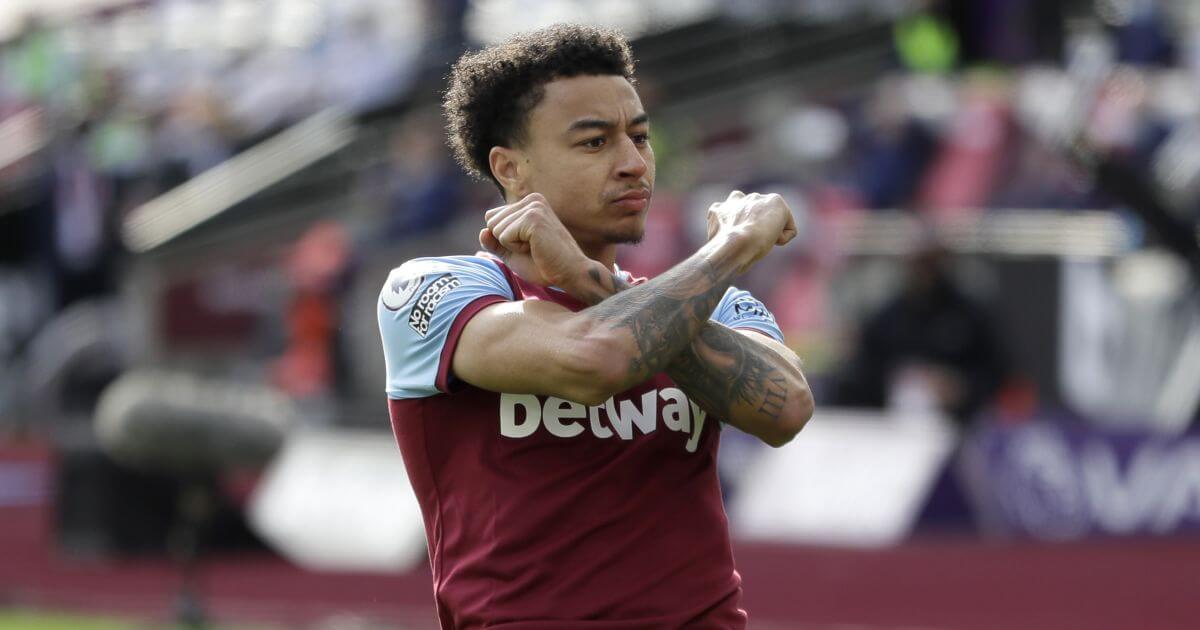 Speaking objectively, I don’t think you have to be a Manchester nor West Ham United fan to enjoy Jesse Lingard’s resurgence at the latter in recent weeks.

Frankly, it’s a situation which affects a number of football players at any given time. In fact, there’s probably an argument to suggest that this has impacted every single football player ever: where they lose their best playing selves to poor form and personal issues, only to be ridiculed by the media and their own fans who care about nothing much other than their on-pitch performance.

You know, I’d like to think that many of us are happy to look beyond those issues in order to respect and be fair to the human beneath that shirt. But in reality, it’s clear to see that the advent of social media in particular has seen pure human empathy become curtailed by this constant need to be given what they want. Fans want wins, not whinging …

The above video with Jesse Lingard and much-beloved TV and YouTube personality Maya Jama is from 7 months ago, and has only been received very positively with the benefit of hindsight. But as it reveals, Lingard was going through a very rough time in his personal life earlier in the season which impacted his ability to perform for his club, Manchester United.

Plus, at the same time, United themselves were on the rise – with a midfield bereft of quality serving as the driving force behind their most recent upturn in form; which led them to being top of the league by January. But as has come to epitomise this topsy-turvy season, times have changed …

In the January window, it seemed only fair to his own career, that Jesse Lingard’s resurgence was allowed to be found elsewhere. I personally don’t think that Manchester United was an environment tailored to bringing the best out of him, and he needed to join a positive, familiar surrounding within which he could rediscover himself (both as a person and as a professional footballer). And he found this at West Ham United.

As he’s proven by rising through the ranks at Manchester United throughout his development and professional career, there’s no doubting that Jesse Lingard has the personality and drive to succeed. He’s tenacious, he works hard and has the experience and positivity in his play to understand what the game requires of him before executing it.

In an over-achieving Hammers side, I believe that this was the perfect surrounding within which Jesse Lingard’s resurgence could be displayed to the footballing public. He’s under a manager who recognises his ability and believes in him, within a system which is tailored to utilising his energy in the final third, and he can play freely with the security of knowing that West Ham’s typically relegation-focused mentality is something of the past for at least the duration of his loan. And I reckon he might even stay!

Given Jesse Lingard’s resurgence in claret and blue, should he stay at West Ham or return to Manchester this summer?