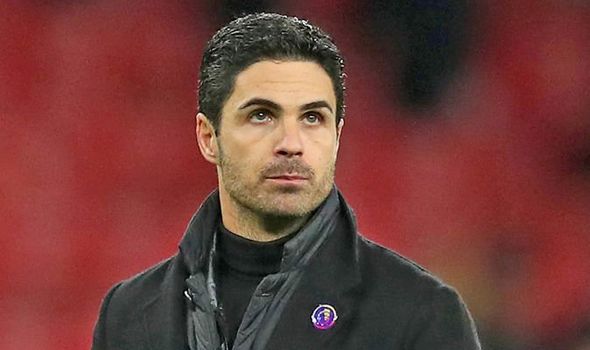 13 Games in, 14 Points earned and 15th in the table, what do with think about Mikel Arteta at Arsenal?

Let me set up my stall early on here, and say that it’s not in my nature here on Ultra United (‘Ultra UTD’) to provide baseless reasons for a manager to be sacked. In fact, I think it’s usually a lazy form of journalism to suggest that a manager should be sacked in the first place. So from hereon in, let’s just talk facts when it comes to Mikel Arteta.

Taking the job in the first place was a pretty ballsy move from the Spaniard if I do say so myself. Namely because this would be his first every role as a ‘Head Coach’, he was going into a very high-profile job to take over his previous employers as a player … and that he was following on from Arsene Wenger and Unai Emery, a club which required a major overhaul and renovation to ensure that their demanding crowd could enjoy the heights of where they once were. So, Mikel Arteta had it all to do, and he’s enjoyed a mixed level of success since taking on the job.

“This is a huge honour. Arsenal is one of the biggest clubs in the world. We need to be competing for the top trophies in the game and that’s been made very clear to me in my discussions with Stan and Josh Kroenke, and the senior people from the club. We all know there is a lot of work to be done to achieve that but I am confident we’ll do it. I’m realistic enough to know it won’t happen overnight but the current squad has plenty of talent and there is a great pipeline of young players coming through from the academy.”

Mikel Arteta (Dec 2019)
on joining Arsenal as their Head Coach

A positive step is that there have been changes above the manager’s station to ensure that things run as smoothly as they can below their feet. The arrival of Sporting Director, Edu is testament to that fact – insofar as that his involvement allows for the manager to focus solely on their own role while the transfer negotiations and business-y stuff is sorted by someone else. So, ideally, this would allow Mikel to simply say who he wanted, and those more corporate-based around him to go about getting them.

It’s a system that has worked quite effectively so far for Arteta and Arsenal. This season, they were able to smartly procure the signing of Willian on a free transfer from Chelsea who, though he might not have as many years on the tank as they would’ve liked, is a very competent acquisition for someone looking to make their mark on a club as big as them. And it always help to pinch a big-name player from a rival to help our the young’uns.

But better than that, signing both Gabriel from Lille and Thomas Partey from Atletico Madrid were major steps in the right direction for the club – signalling that Arteta’s vision was at least being respected and implemented by those around him. What’s more, is that they both fixed two key problem areas for the Gunners over the preceding seasons … and they were made even more positive by securing Pierre-Emerick Aubameyang on a long-term deal – which was like a new signing in itself.

So, where have things gone wrong? In my opinion, I think it’s just a simple case of it having to take time to engage with Mikel Arteta’s new style at Arsenal Football Club. He clearly shares a similar vision with Pep and, with the greatest of respect to the players at his disposal, I don’t think they’re technically gifted enough to make the most out of whatever he dreams up in the night. And over time, once they become acclimated with his pressing style, and see what can happen when they act as a unit, they’ll enjoy themselves a whole lot more than they are right now.

As recently as two days ago, Edu spoke publicly in Mikel Arteta’s defence to re-affirm the club’s wholehearted respect and defence of the man that looks to bring them to pastures new. And if I’m speaking honestly, I have a sneaking suspicion that he might just have the time to give it a proper go. This is his first full season and I’d like to think he’d have at least beyond January to see some implementation of his philosophy. But with the Arsenal fan-base as they are, let’s just hope he can turn things around before their restlessness rubs off on Arteta’s employers.

Share this post on social media and give your honest opinion on Mikel Arteta! Arsenal fans in particular!!!

2 thoughts on “Is Mikel Arteta’s Time at Arsenal Limited?”

previousWhy Blackburn Rovers Only Did It Once
nextWhat’s Gone Wrong at Sheffield United?