Why Memphis Depay is Key for Holland’s Euro 2021 Chances! 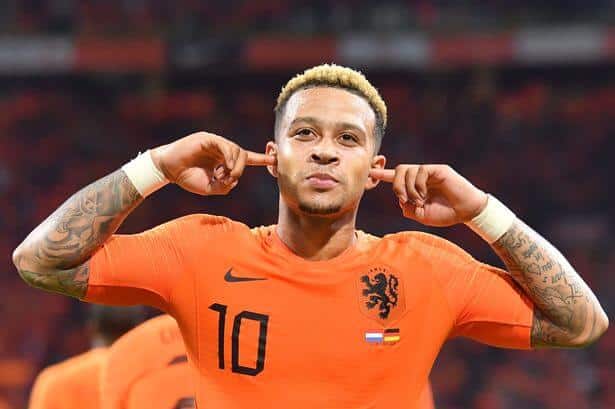 I’m really unsure as to whether we’re calling this competition Euro 2020, or 2021, but I’m just going to go with the latter so I can forget the former ever happened. Cool? Cool.

I must say, taking everything into consideration, I hold a great deal of respect for Memphis Depay. Annoyingly, fellow Manchester United fans might not feel that way due to his sub-par secondment to Old Trafford a few years ago, but since then, the man has come on leaps and bounds to prove his doubters wrong.

Originally derived from the PSV Eindhoven youth setup, Depay established himself as an explosive winger with a plethora of tricks ‘n’ flicks to confuse the opposition into submission before (usually) smashing the ball into the roof of the net. Blessed with the acceleration of a Nissan GTR and the dribbling qualities to sustain that pace with the sphere at his feet, his recent resurgence could prove key to Holland’s ambitions at Euro 2021.

Ever since leaving the Red Devils under a cloud of smoke in 2017, Memphis Depay raised more than a few eyebrows when he decided to move to Lyon that summer. Especially when you consider that Ligue Un had already become a duopoly with the likes of Paris Saint-Germain and Monaco leading the way at the time.

In fact, it turned out to be quite an inspired choice given Depay’s new positional alteration in white and blue. Previously, his skills were deployed out wide to see if he could add some bite from the wings, but as shown in the red of Manchester United under a defensive manager like van Gaal, perhaps he could do more in a central position.

At his previous employers, signing the likes of Radamel Falcao, Anthony Martial and the emergence of Marcus Rashford saw his overall playing time limited, leave alone the freedom to see whether or not that free No.9 role could turn into something that he could make is. By contract, Lyon were all ears. So far, it’s paid dividends in return!

Able to recapture some of the form he put on display for PSV some four years ago, Memphis Depay proved to have something of a ‘big game’ mentality in his latter years in France. With him becoming one of only two Dutch players in European football history to score in six consecutive UEFA Champions League games – second only to the wonderfully efficient Ruud van Nistelrooy. And you need only click here to find out how I feel about him!

All things considered, it appears as though Memphis Depay has shown his abilities to the footballing world at just the right time to be in strong contention to lead the way for Holland this tournament. With the exception of perhaps Donyell Malen (who is certainly one to watch this summer on his own), there isn’t any other striker in Oranje who possess the pure, aggressive, in-your-face ability that Memphis has shown to be capable of.

The recent announcement that Donny van de Beek will no longer be able to represent his nation in a few days will surely be a big blow for the country’s hopes – and the striker’s own service to put those doubts to bed. But with Gravenberch, De Jong and Koopmeiners on the team sheet … absolutely anything is possible!

What do you make of Holland’s chances this summer and how central will Memphis Depay be to those plans? Let us know your thoughts in the comments below!