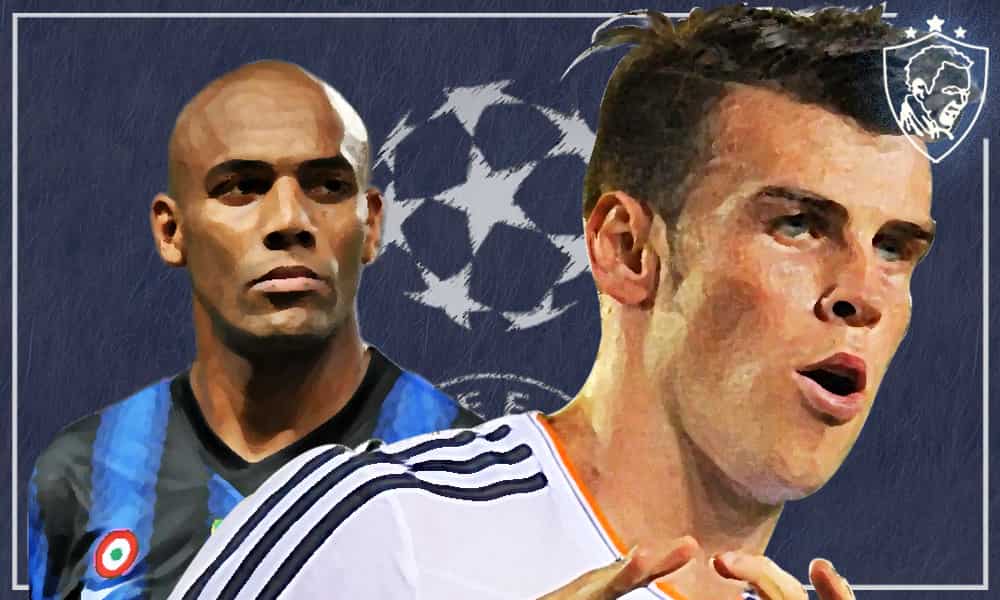 Looking back on this game, I’m surprised the man wasn’t arrested for some form of homicide, let alone being given the Man of the Match award!

Whatever the tabloids spout about him now, one simply cannot deny that Gareth Bale was (and still is) an enormously talented footballer. Especially when the lad was coming into his final years in a Tottenham Hotspur shirt, because the man was simply electric towards the end of his six-year spell in North London.

Now attributed as one of the most shrewd choice of Harry Redknapp‘s career as a manager, the decision to move Gareth Bale from a nippy left-back to an out-in-out winger was a masterstroke. Not only did it allow the man to get forward and stay there, but also to explore just how many options he could use to take his man on and do what was required of him. He was also naturally in-tuned to defend from the front, which is always a plus for the more progressive managers out there.

Enjoying a mirrored development in terms of position compared to the likes of Patrice Evra (which we’ve explored before), Gareth Bale quickly became one of the most exciting players in the Premier League. Especially one that was void of a Real Madrid-owned Cristiano Ronaldo and where teams largely took his team for granted as a whole.

Slowly rising through the tables and eventually earning a relatively unlikely Champions League spot for the 2009/10 campaign, it was now time for Bale and co. to truly test themselves with Europe’s elite. Once officially drawn into their group alongside Werder Bremen, FC Twente and Internazionale, it was destined to be a tough ride for them.

Of them all, the San Siro giants stood out firmly in terms of ‘toughness’, as would prove to be the case when the two locked horns in October 2010. Unfortunately for Spurs as a whole, the entire occasion would be one where his teammates largely let down what would come to be a sensational solo display from Gareth Bale.

Down to ten-men and conceding a total of four goals in the game, it was nigh-on impossible for his efforts alone to be able to close that deficit to sure up their status in the Champions League Group. But while he might not have been able to get the 3 points for Spurs, Gareth Bale made sure that everybody in attendance (and indeed, watching from home) knew just what he was capable of. An idea which I’m sure the Inter back line would concur with.

Lining up with a back four of Maicon, Lúcio, Walter Samuel and Cristian Chivu with Júlio César backing them up, the words ‘respect’ and ‘fear’ were dumped from the Welshman’s lexicon when the goal came into view with a ball under the spell of his left boot. Something which Maicon in particular knows all too well …

The first of three goals turned out to be his most scintillating – coasting passed the mentioned Maicon at the halfway line before shrugging off Walter Samuel and hitting it early to deceive the ‘keeper. Almost identical to the first (though starting a little further up the pitch), the same formula crops up to give Bale his second. And to top it all off, some great work from Aaron Lennon off the right frees up some space for his colleague to get the hat-trick.

Altogether, you look back at this game and see it as some embryonic form of what the aura of Gareth Bale would become. Pace, instinct, fearless, it was all there! It’s just a shame he couldn’t fully celebrate any of them!

What do you remember most of this Gareth Bale performance against Inter Milan in the 2010 Champions League? Let us know in the comments below!