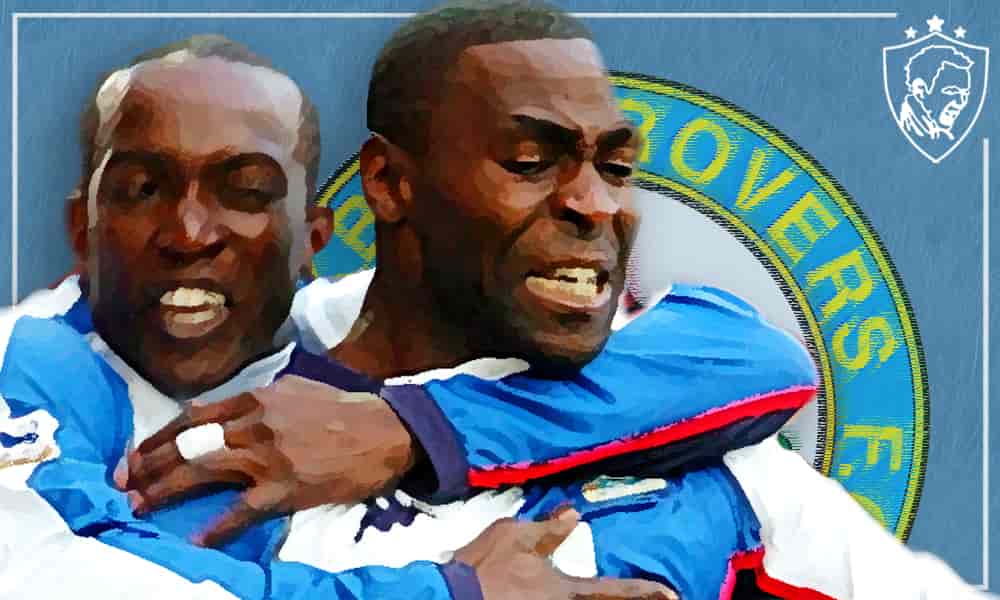 A pair of Premier League legends fleeing the nest to rekindle their partnership at a smaller club within the same league? Say it ain’t so!

Blackburn Rovers have had their fair share of top strikers in their day, but even by their standards, Dwight Yorke and Andy Cole ought to be right at the top of that prestigious list! Not sure what the likes of Craig Bellamy and Roque Santa Cruz might think of this, but let’s get real for a moment and properly consider who we’re dealing with.

Throughout the Premier League era, UK fans have been treated to some of the most prolific, aesthetic and deadly striking partnerships the world has ever seen. Chief among whom have proven pivotal to their individual team successes throughout this period. When Blackburn Rovers won the league that time under Dalglish, they had Shearer and Sutton to rely on to do their bidding, but even their legacy pails in comparison to Yorke and Cole.

I might be biased, considering I’m a United fan, but they were pretty darn good, weren’t they?

Somehow developing this form of telepathy that simply cannot be forced into the minds of players in any day and age, the two worked in a way which was about as natural as is humanly possible to conceive. It was a partnership where their off-pitch relationship transpired to morphing their independent qualities into a single, devastating entity during their prime years representing Manchester United.

Andy Cole – someone we spoke of recently following his deserved ‘Hall of Fame recognition – was a deceptively delicate and technically gifted striker capable of doing what many strikers were incapable of doing. By slight contrast, you’d seldom find a more tenacious forward than Dwight Yorke in all the footballing land.

Together, they merged to form this all-encompassing pair of strikers that few defences could handle, though much like everything in this cruel world … it had to come to an end at some point. By the turn of the millennium, Manchester United were undergoing a facelift which seemed to alienate some incumbent members of the squad.

Riding high off their European coat tails, the club followed up on their prestige to attract some big names; and for some even bigger transfer fees. And once Veron and Van Nistelrooy were installed, Andy Cole was the first to go.

Sensing an opportunity to pounce on their oversight, Blackburn Rovers launched a tidy £8 million bid for him.

Coming into a strong unit with some dependable Premier League names already on the team sheet, Andy Cole was immediately given the reigns to be the first-choice striker at Ewood Park – a role he took to with aplomb off the back of his experience with United to earn the team a League Cup trophy and keep them within the top 6 for that year.

Then, much like his fallen partner, Dwight Yorke was similarly left out in the wings at Old Trafford by the time the 2002/03 year was about to begin. And with the club looking elsewhere in search of strikers to compliment the now-prolific Ruud van Nistelrooy, Blackburn Rovers saw if they could be it two-out-of-two. Then they did!

For a poultry £1.6 million, Yorke reunited with his favourite colleague and endured a fine year in a Blackburn Rovers shirt – claiming a UEFA Cup space in the process and reminding the football world of their enduring abilities. It may not have lasted as long as they would have liked, but I think they made their point …

… one does not simply replace Andy Cole and Dwight Yorke.

Something Blackburn Rovers were all too happy to teach their Northerly rivals; who struggled to do so for the best part of a decade after letting them go. But you know what they say, all’s well than ends kinda well … right?

What do you remember most of Cole and Yorke’s reunion at Blackburn Rovers by the 2002/03 season? Let us know in the comments below and share this on social media if you enjoyed it!

previousThe Cairo Derby Goal Which Shook the Country in 2020
nextDerby County, 11 Points & The Worst Premier League Tally of All Time (2007/08)