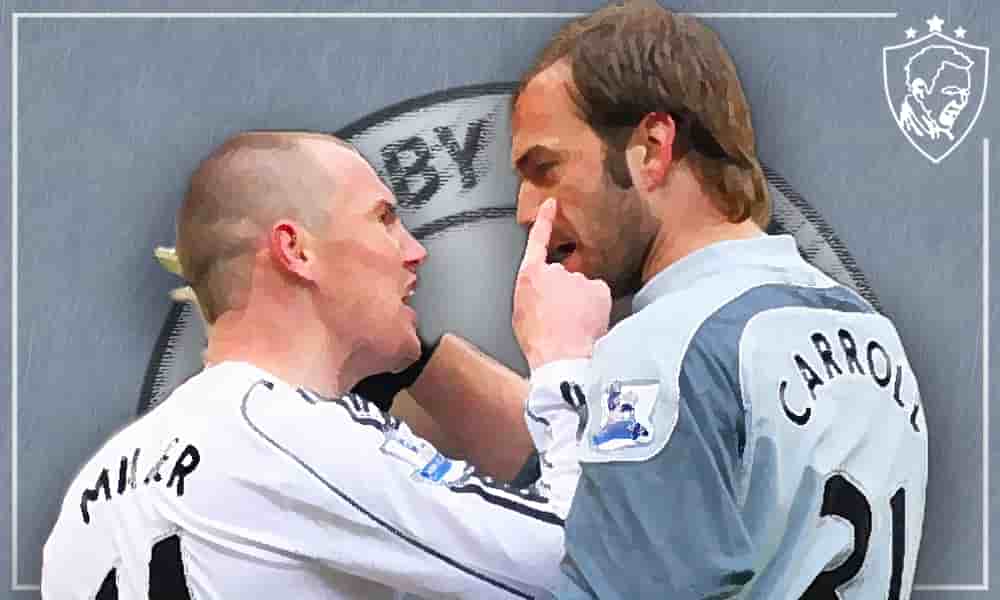 The label of the ‘worst ever Premier League side’ remains as an almost unanimous decision, with even the most die-hard of Rams supporters nodding in discontent …

Going into the 2007/08 season, Derby County fans had every right to be excited as the team made a return to the top-flight for the first time since their relegation back in 2002.

The Rams finished the 2006/07 Championship campaign with a third placed finish acquiring a spot in the Play-Offs where they would defeat Southampton and scrap out a 1-0 win over West Bromwich Albion in the final, earning them passage back to the Premier League.

Derby would join Championship winners Sunderland and runners-up Birmingham City (before they bolstered a certain Nigerian speed demon in their starting lineup), with their marquee summer signings including Kenny Miller from Celtic, Robert Earnshaw from Portsmouth and Claude Davies from Sheffield United.

After a respectable 2-2 opening day draw to Portsmouth, Derby would lose their next four consecutive games to Manchester City, under Sven-Göran Eriksson before he was approached by Notts County, a 4-0 away defeat to Spurs, a 2-1 defeat to fellow newcomers Birmingham City and capped off with a mortifying 6-0 hammering at Anfield.

However, Derby would not be deterred (at least for one matchday) as the Rams picked up their first and only win of the season in a 1-0 home result against Newcastle United at Pride Park.

So, would this be a chance for Derby County to bounce back and get their season back on track? Was manager Billy Davies about to mastermind a memorable season for all the fans to enjoy?

In short, it certainly was memorable, but for all the wrong reasons!

Derby would soon find themselves back in an endless pattern of losing as they were battered 5-0 by Arsenal the very next week and would only gain a further four points before Christmas with Davies given the boot in November and Paul Jewell being named as his successor.

Jewell was unable to turn Derby’s fortune around and while he remained as club manager until 2011, his side continued to struggle going into the new year.

In January, little ol’ Derby County ventured higher and signed veterans Robbie Savage from Blackburn Rovers and Alan Stubbs from Everton in hopes of adding further Premier League experience to a deflated side.

As expected, this would prove unsuccessful with Derby rooted to bottom of the Premier League suffering humiliating defeats almost every week as well as an embarrassing 4-1 fourth round FA Cup exit to Championship side Preston North End.

Derby’s fate was eventually sealed as they were confirmed relegated on the 29th of March becoming the quickest side to ever suffer a relegation in a Premier League season.

With little to play for, as pride was most assuredly thrown out the window the moment they kicked off the season, Derby ended the season with further demoralising defeats including a 6-0 home dismantling at the hands of Aston Villa which was capped off by a screamer from Villa cult icon Stiliyan Petrov.

Finishing the season with a 4-0 defeat to relegated Reading, they tallied the lowest points from any side to ever compete in the Premier League with just 11 points and a minus 69 goal difference.

The Rams lost 29 games, drew eight and won only one game all season in their September victory over Newcastle.

While fans have seen their fair share of horrendous Premier League sides including Huddersfield in 2019 and Sunderland in 2006, it would be hard-pressed to ever find a side that could be capable of besting or, in this case, worsening this catastrophic Derby County team from a momentous Premier League campaign.

What do you remember most about this calamitous Derby County Premier League season in 2007/08, and do you think they’ll be back anytime soon? Tweet us below to let us know!