Why Andy Cole is a Hall of Fame Nominee! 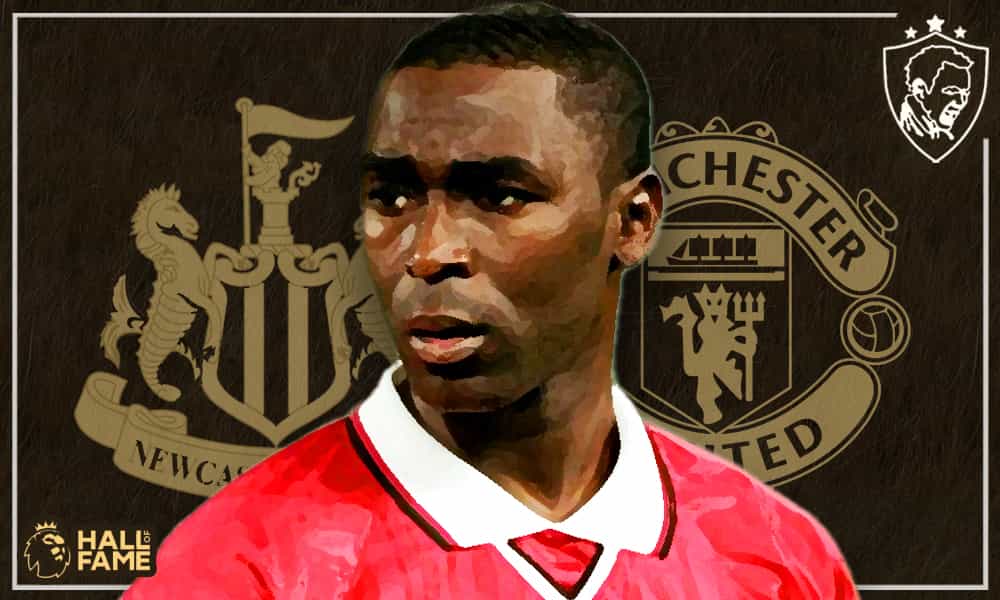 For someone who’s still the third highest goal scorer in Premier League history, it’s high time we give this lad the credit he deserves.

Putting all my Manchester United bias to one side, can you really doubt the Hall of Fame-related credentials of Andy Cole? Throughout the inaugural stages of the Premier League era, the fact is that the man fast became perhaps the most deadly predator to adorn this new stage in English football history.

Better still, he’s gone on to sustain his success at the very highest level with some of the country’s largest clubs, in order to truly establish himself as one of the game’s greats. But when we have these ‘greatest ever’ conversations, it’s rare that the guy even gets a look-in. However, a man who knows a lot about what it takes to be a great striker, a recent interview with Thierry Henry about his best Premier League players reveals that perhaps there’s a lot more than what greets the mind when it comes to the mind-blowing powers of Andy Cole.

Technically bursting onto the scene with Bristol City in the early 90’s after being plucked from the Arsenal ranks, the true realisation of Andy Cole’s prowess in the opposition penalty area came from his wearing of a Newcastle United shirt. A transfer which technically required a club record transfer fee of £1.75 million, there wouldn’t be a single Geordie in the land who wouldn’t agree that this was more than money well spent for them.

Straight off the bat, ‘Coley’ proved instrumental in the Magpies securing promotion to the heralded Premier Division, having scored 12 goals in as many games as they romped their way towards the title and unto the promised land. Where, under the stewardship of Kevin Keegan, they showed very little signs of slowing down.

Rather than enjoy where they were and consolidate their position, Keegan set about assembling perhaps the most exciting outfit the Geordie-land has ever seen. The focal point of which was an in-form Andy Cole, whose blistering pace and explosive striking technique dovetailed beautifully with Newcastle’s flair, pace and trickery off the wing. Sure, their defence could’ve been a bit stronger, but they were very exciting to watch, that’s for sure!

Subsequently voted the PFA Young Player of the Year having finished with just over 30 goals in the top division, ‘Andy Cole’ was a name on the lips of all top clubs in the land, though it would take a club (and manager) of great stature (and nerve) to try and prise away Newcastle’s top marksman. Luckily for those of an Old Trafford variety, Manchester United possessed more than enough stature, and manager Sir Alex Ferguson was nerveless.

Joining a club with a rich striking history and an already-formidable force up top, the £6 million + Keith Gillespie (who was a decent player in his own right, btw) purchase of Andy Cole emphasised just how integral he would be to the club going forward. Truth be told, if there were any doubts in the type of player they were signing and whether or not they’d have the desired effect, they really needn’t have worried much about this one.

Right from the get-go, Sir Alex made it known that Andy Cole was going to be ‘the’ man for him at Manchester United with his powers at their absolute peak. Pace aplenty, a deadly finishing ability and an unerring sense of knowing where he needed to be and when, the technical abilities in midfield were tailor made to making the most out of what he was blessed with. Lest we forget his partnership with Dwight Yorke?! Goodness me!

But then we go back to what we said in the intro, why don’t we speak about him more? For us at Ultra UTD, there isn’t a reason large enough to excuse his omission from our ‘top goalscorer’ chats. In reality, he’s right up there, and it’s high time that we put some respect upon the name that is Andrew Alexander Cole.

In your opinion, where does Andy Cole rank in England’s illustrious history of Premier League marksmen? Get your thoughts in the comments below!