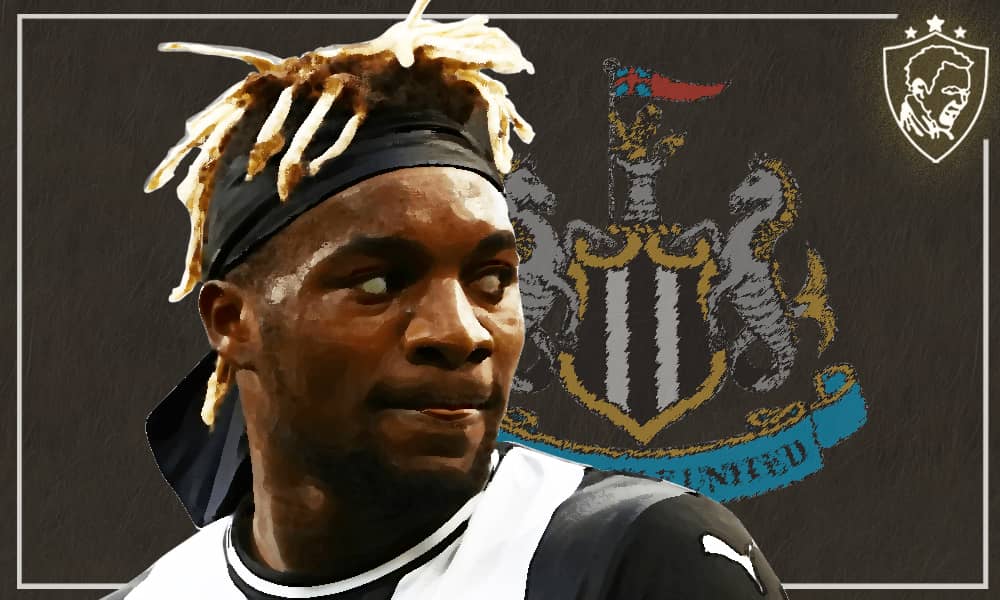 The last thing we’d want to do is launch any pressure on the Frenchman’s shoulders by saying this, but you simply cannot doubt how talented he is.

Serving as the ‘bright spark’ for Newcastle United this season, Allan Saint-Maximin is not the kind of player whose impact can be measured solely by how many goals and assists he gets in a calendar year. Instead, the Frenchman is much better reviewed with the all important ‘eye test’ – something I wish people did a lot more.

We’ve mentioned this previously (although briefly) when we reviewed James Allcott’s phenomenal new ‘Dream Teams’ series on his YouTube channel. Where he explores this idea of having a ‘favourite’ player whose measurable impact on a team is definable by things outside of stats, and the whacky Frenchman might fall into that category. And more to the point, he’ll do so largely for reasons that have very little to do with his own ability.

Although I myself am a Manchester United fan, I’ve always held a soft-spot for Newcastle. And I must say that it pains me when their development is stagnated by playing under the likes of Steve Bruce. An incredible servant to the football world, he is … but a groundbreaking manager for free-flowing football, he is not.

Herein is where the issue lies for Allan Saint-Maximin. Right from when he arrived from Nice two seasons ago – a stint which became synonymous with the tricks and flicks he holds dear to his heart – it was clear that the Magpies had a bit of a show-pony on their hands who potential was almost equally matched by his current ability.

But much like we’ve explored before with the case of Hatem Ben Arfa at the same club, players like Allan Saint-Maximin are ones that are best left to themselves. Just set them free and let them get on with what they need to do. Instead, Messrs Bruce and co. have decided to restrain his ability. And for reasons like this, not only do I think they’ll struggle to survive in the Premier League with that mindset, but the enigmatic Frenchman might just have to seek pastures new in the next few years to maximise his potential. But, where would he go? …

It’s a rogue shout, but if Allan Saint-Maximin were to improve his decision-making in the final third, I really do think that he’d become a viable option for any of England’s top clubs. Especially so if Newcastle were to get relegated, as I would expect him to follow in the footsteps of Gini Wijnaldum or someone of that ilk.

Liverpool may lose Mané or Salah in the not-too-distant future and the skiller is a top, top replacement for the long-term at only 24 years old. However, I don’t personally see Liverpool changing too much up top in the next few years, though the likes of Arsenal or Tottenham could do well to hoover him up for a decent price. Once given the license to kill, I can see him flourishing in Europe on the larger occasions – where he’s since flourished in a Newcastle shirt. Overall, though it’s hearsay at this point, this sky really could be the limit for this lad. Trust me.

Where do you think Allan Saint-Maximin’s career will take him? Let us know below!

previousJermain Defoe & His Big Role in the Rangers Setup
next3 Hidden Sampdoria Starlets from their 2016/17 Squad!