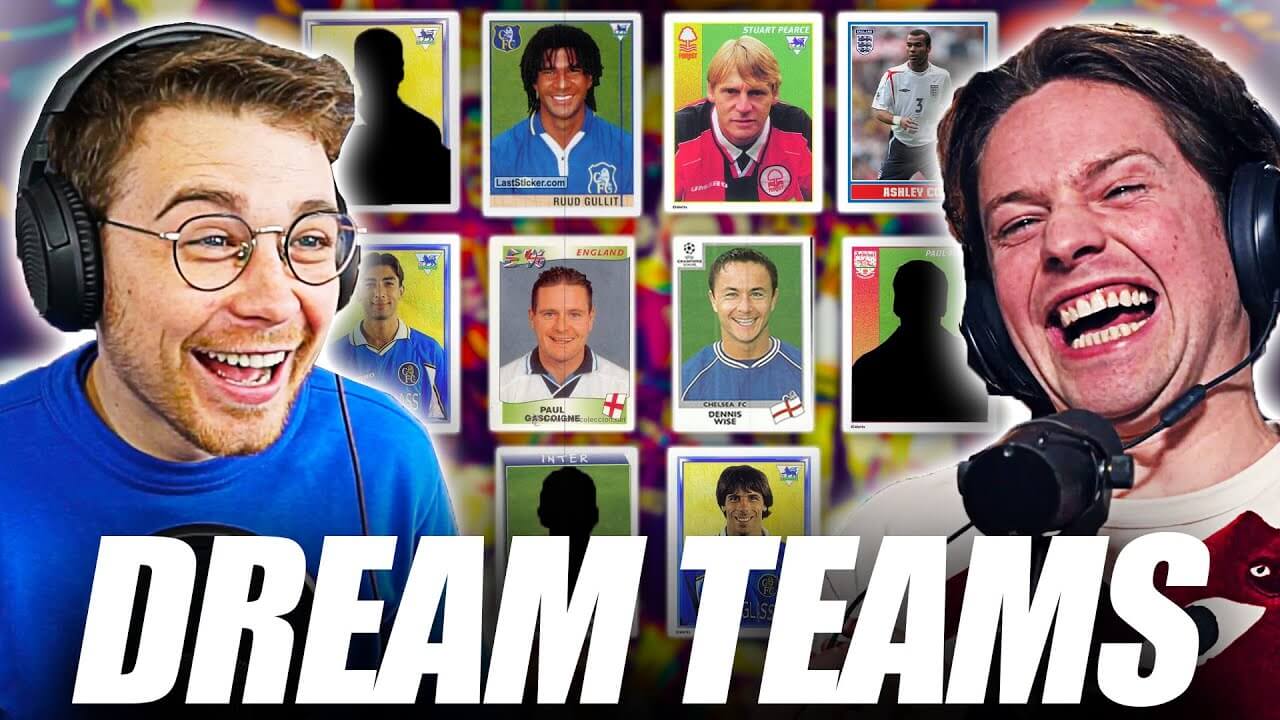 Now, I watch a heck of a lot of YouTube (perhaps an unhealthy amount, come to think of it) but every now and again, I stumble across an upload which just resonates with me. And it’s a case in point with ‘Dream Teams‘.

My ‘Subscriptions‘ page is awash with a broad depth of creators, and not a single day goes by where I don’t traipse through them in order to find something which suits my mood. More often than not, a cheeky chin-wag about the game I can’t shut up about myself will do the trick – hence why a number of football commentators grace my feed.

Among them, James Lawrence Allcott has quickly grown to become one of my favourite content creators. Not only does he upload very frequently, but his channel is high in quality and is presented in a mature, calculated fashion. Plus, I appreciate that he is the kind of commentator who goes into greater detail about what the game really means to the fans; instead of being put off from engaging in such hyperbolic discussion as it appears contrary to the norm.

Take the above video for example. I adore True Geordie‘s content and I’m sure you can expect to see a number of entries about his organisation’s videos on the Ultra UTD Library, though I believe that it could have been amplified by greater discussion about how these sorts of players made you feel as opposed to the stats they’d amassed. Granted, this was a ‘Hall of Fame‘-type chat which lends this kind of analysis, so I’m sure we will see even more all-rounded talks from the True Geordie table as suitably trending topics make the rounds.

In the meantime however, we have James Allcott’s phenomenal upload from a few days ago simple titled ‘Dream Teams‘. Better still, the very first collaboration for this series was with none other than Rory Jennings – a die-hard and considerate Chelsea fan who embodies a lot of what we believe in here at Ultra UTD.

The premise of the show was to put Rory to task and ask him to come up with his favourite (very important word here) all-time World XI. And that’s the USP. Any statistician could dive into the archives and pull out the (technically) ‘best‘ team of recent years. But to be one’s favourite means to draw upon one’s personal recant of how certain players impacted us. It’s a reason for why Stuart Pearce and Gianfranco Zola make up his side, despite the fact that they weren’t as prolific in the numbers world as a John Terry or Diego Costa.

Players like them made us feel something that others do not, and it’s why my own Manchester United team would be a far-cry from how the annuls of history would remember them, and potentially for why your own favourite XI would contradict the stats book. Feelings drive football beyond anything else, and the ‘Dream Teams‘ series is a really welcome addition to a largely predictable and monotonous address to the football world.

Honestly, if you find the time to go and soak up some content over this weekend or whenever you get the chance, then stick this video right at the top of your list. The discussion is incredibly passionate, really insightful and something that I could listen to time and time again!

In fact, I’m currently on my second watch of the thing, and even the thought of having someone like Spencer Owen or the True Geordie himself on next would be a really interesting change-up to the ordinary football chat on YouTube. Psst, James (if you ever happen to read this), I’m just jotting down my all-time United XI and reckon it would make some good content. So … shall we set up the Zoom link now, or …? hehe

Have you already seen the first episode of ‘Dream Teams’? If so, get your thoughts down in the comments below!

previousThe Transfer that Made Diego Forlan’s Career in 2005!
nextWho is the Famous ‘Gabigol’?