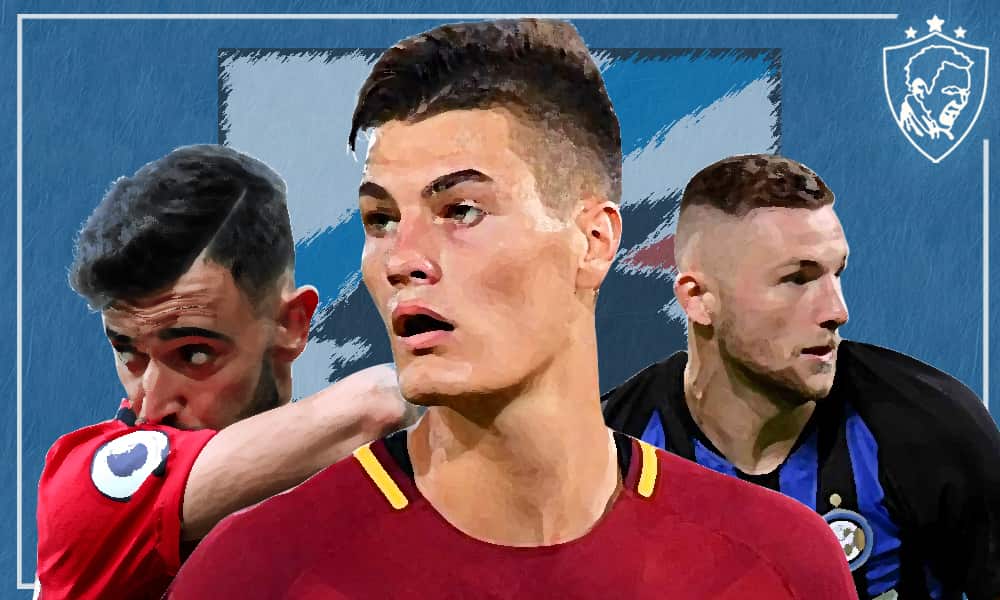 From future stalwarts to surprise packages at this year’s European Championship campaign, there’s quite a few gems packed into that bright blue kit from this era.

A year which might be remembered as a ‘what if’ season for most Sampdoria fans, it’s somewhat surprising to look back now and think the best this team could muster up was a 10th place finish in Serie A that season. Though perhaps if lads like these stuck round for more than a solitary season, then maybe that could have changed! Yes, you read that right. Each of these players came and went on either side of this year. Savage, if you ask me(!)

A man-mountain for his role in a Slovakia shirt and a stand-out performer for Internazionale over the past few years, Škriniar was only 21 years old by the time he arrived in Sampdoria in 2016. With little more than some home-grown apps to his name, his 35 showings at the club was a great achievement for such an unknown quantity.

A mix of his odd cultured appearance and the demand that comes with youth, he was sold to Inter for almost three times the fee paid out for him, so maybe that helps put some of the Sampdoria minds to rest when they think of what could have been on this occasion. Safe to say, we might now be able to say that for the rest!

What can we say that hasn’t already been said about Bruno Fernandes? Now labelled as something of a catalyst to bring some much-needed change at current employers Manchester United, his sole season yielded much less of the return we’ve come to expect from him in recent years. Probably because of the fact he was playing in Serie A.

As we know, there have been numerous instances of when playing in this sort of competition can stifle the creativity of players with the quality of Fernandes. We’ve looked into it ourselves with the careers of Nwankwo Kanu and Dennis Bergkamp (both before going to Arsenal), and Bruno’s later move to Sporting Lisbon was a welcome one.

Looking back on some of his Sampdoria appearances, I would have suggested that moving him on was fair for all involved. A diminutive frame with a hot temper, he needed somewhere more freeing in order to prove to his doubters that he was capable of reaching certain heights. A measly €10 million move was organised by the end of the season and Sporting would soon more-than-triple their ROI in January 2020. Sell-on clause, anyone?

Completing this proverbial spine which could have revitalised those Sampdoria fortunes, we have domineering frame of Patrik Schick. Arriving as another relatively unknown quantity with little other than a profitable Bohemians 1905 loan the year before, his rough goal every 3 games was a relatively stellar return at the time.

An immediate small-fee move to Roma didn’t quite work out, though a strong one-in-two return for RB Leipzig and a subsequent move to Bayer Leverkusen the season after that, were more than welcome in changing the fortunes of the 6ft 3inch Czech. All of which seems to have aided in giving him the confidence to attack the current Euro 2020 campaign with a level of gusto he might have lacked.

As we know, he’s been a star in an over-achieving Czech side whose industry and guile have served them well en route to the Quarter Finals. In fact, at the time of writing, he’s the man who put his country through to the latest round with a surprise win over Holland on 27th June. Whether his star will continue to shine as brightly remains to be seen, but maybe it’s a sight for any sore Sampdoria eyes when they see him doing so well internationally.

Altogether, I imagine most current Sampdoria fans will look at these guys and wish they had them at their current levels to represent their club right now. However, it’s not as if we can safely assume they would have developed into the players they have without actually moving away from them.

If anything, I would take this as a compliment to the Sampdoria scouting department. In three players and a single year, they brought in an under proven spine to their club who have since achieved perhaps far beyond even what they thought they would. They even profited from their sales handsomely at the time, and mustn’t cry over spilt milk when asking those stupid ‘what could have been’ questions. Good business all round, if you ask me!

With that being said, which of these ex-Sampdoria players do you think the club would love most to have back at the club? Get your choice in the comments and share it below!