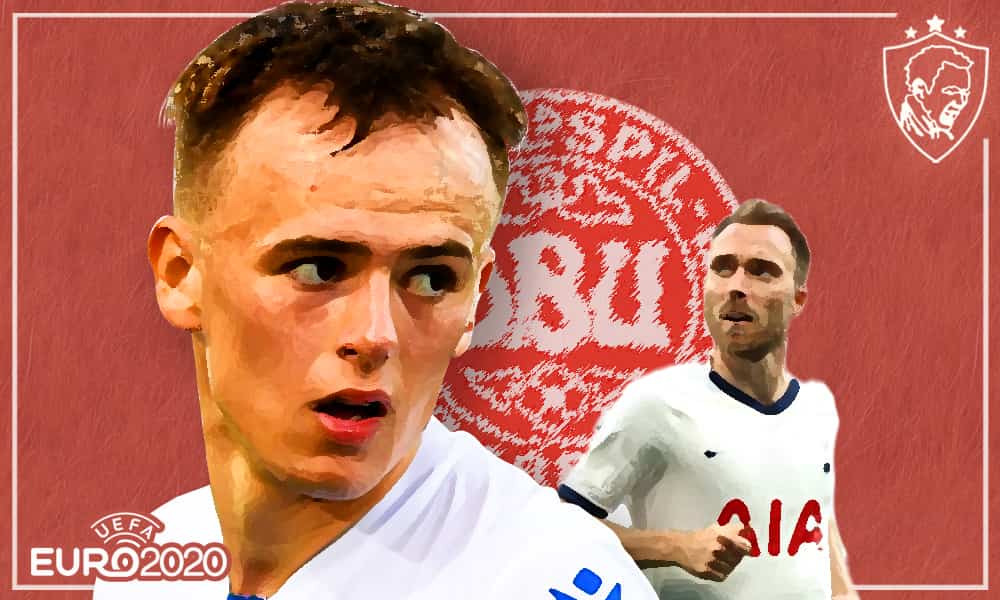 Coming into the tournaments as relative underdogs, players like Mikkel Damsgaard were relative unknown quantities to watch. Nevertheless, given their status as potential dark horses against the more in-form squads of Europe, there was reason to tune into the majority of their performances as the competition got under way. Though as we all know, things got off to the most awful of starts for the Danes this year.

In their inaugural outing against Nordic neighbours Finland, all eyes (and unfortunately, most cameras) shifted away from any on-the-ball action and centred upon a stricken Christian Eriksen. At the time of writing, the Danish talisman is making a full recovery after suffering a cardiac arrest which brought the entire world to a standstill on that fateful day. But from a more cynical, sporting outlook … after UEFA determined that ‘the show must go on’, it was time for Denmark to search for his ‘replacement’ once given the all-clear. Enter: Mikkel Damsgaard.

In certainly the most shocking and insensitive turn of events we’ve ever seen from a European Championship campaign, Mikkel Damsgaard was given an almighty job on a number of different facets. Not only did he technically have to ‘replace’ Eriksen (such a horrible phrase in the circumstances, but my inner thesaurus is failing me), but he was also unofficially tasked with rising a number of dampened spirits right across the nation.

Now, coming into the Euros, it’s not as if the young lad had a huge pedigree to rely upon in such circumstances. In fact, after breaking through the ranks at local club FC Nordsjaelland, Mikkel Damsgaard could only follow that up with a relatively tough and unenjoyable time at Sampdoria. Where many couldn’t forecast his return here.

Claiming roughly 6 goal involvement across just shy of 40 appearances in all competitions, one can only assume that this is a tough teething period for a young player in the stifling surroundings that is the Serie A. After all, we’ve been through a number of stories here on Ultra UTD of players who struggled in a similar way. And if it’s tough for Dennis Bergkamp, Nwankwo Kanu and Roberto Carlos, then it really is tough enough for anybody!

However, when linking up with his compatriots in a neutral ground like the Euros this summer, Mikkel Damsgaard quickly became a little nimble weapon at the heart of Denmark’s progressive movements up the pitch. A slight frame with a quick turn of feet and a penchant for carrying the ball fearlessly towards the opposition back line, he brought a much-needed sense of confidence and brashness needed to spearhead their revival.

What I’ve personally enjoyed most is seeing how freed up Mikkel Damsgaard was throughout the tournament. Unlike his time with Sampdoria, he wasn’t restricted to a single position, and was instead afforded the opportunity to drift right throughout the offensive line to see where he’d be most effective. Naturally right-footed, he would generally stay on that side of the penalty area, but when he wanted to cut in from the other side, he definitely could.

Actually, he did! Contributing to Denmark’s surprising circumstantial semi-final end to the tournament in a showdown with England, Damsgaard ranks as one of my most surprising players of the summer. Partly because I didn’t know much about him, and also with the amount of pressure placed on his arrival. He was calm, collected and professional throughout his European campaign. But equally as important, he was very, very talented for somebody so young.

It’s no wonder that a number of clubs have come swarming in for him ever since, with recent reports suggesting that Leeds United are readying a £25 million bid for him. No doubt, his value has sky-rocketed since the competition’s end, but it remains a heavy outlay for a club like them. Only time will tell to see whether that will happen and, if it does, whether he can sustain his form. But one thing’s for sure, is that the early signs are good!

What did you make of Mikkel Damsgaard’s tournament? And do you think he’s deserving of an even bigger intra-European move now that it’s over? Let us know in the comments below!