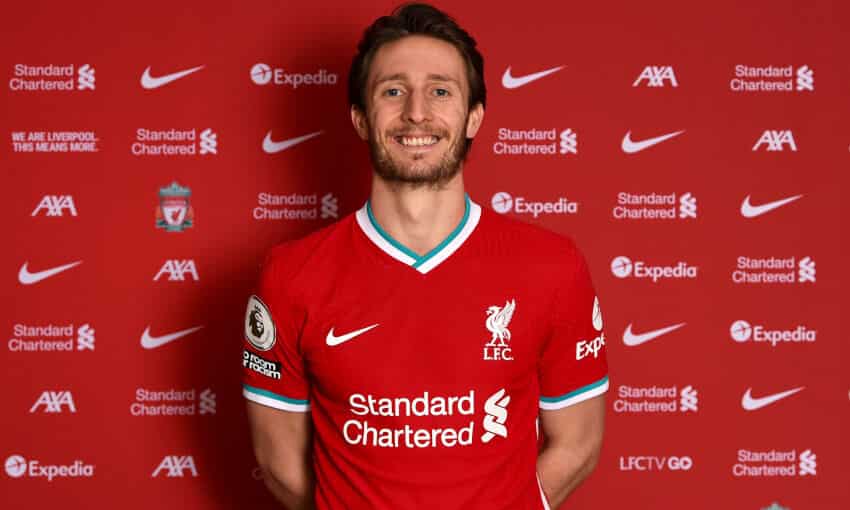 Pinpoint passing and a calmness under pressure, here’s what to expect from Liverpool’s latest deadline day signing, Ben Davies …

A lot of even the most die-hard football fans (who, if this is your first visit to Ultra UTD, you’ve found the right place!) have been left scratching their heads over the last few days and weeks when it comes to answering the simple question of: who is Ben Davies, and why have Liverpool elected him as their preliminary choice of back-up centre-back in this enigmatic season.

I don’t blame Liverpool fans and the vast majority of the footie-mad crowd for not being too clued up on the Reds’ latest centre-back. Were I not a lifelong Preston fan, I’d likely as not be scratching my head myself. But, as painful as it is to see one of my team’s best players leave the club I love, you can hardly blame Ben Davies for doing so. After all, transfers don’t come much bigger than moving to the reigning Premier League champions!

Like many football-mad fans and Ultra UTD readers, I’ve seen upwards of thousands of football games over the years and seen no shortage of good players, great players, bad players, forgettable players and everything in between. I’ve watched Davies play in person on countless occasions, and painful as it is to see him go, he is, without doubt, the real deal.

Though he’s unlikely to be the next Van Dijk or Maldini (read more on the Maldini dynasty here), that isn’t to say he’d look out of his depth pulling on the famous red shirt for the champions. He’s a quality, quality player. And one that, at only 25, has already amassed a wealth of experience at near enough every level of the game (soon to be the Premier League if Kabak and Alisson continue to work together as they are!)

Stints in the National League with Southport, League Two with York City and Newport, League One with Fleetwood and almost 150 appearances in the Championship with Preston mean his experience on the pitch belie his relatively young age. Though nothing can compare to playing for the reigning English champions, he’s more than earned his stripes.

His experience is clear to see, too, when you watch him play. There’s a solidity, calmness and ease in the way Davies operates that is incredibly impressive. He’s far from the fastest centre-back in the league, but the sheer ease with which he can move and pass the ball (we’re talking 30-yard diagonal balls) is staggering, and means he’ll slot right into Jürgen Klopp’s high-pressing style that often requires the defence to either pass it out from the back or ping jaw-dropping long balls out to the wings.

Defensively he’s as solid as they come. Stretching blocks, headed clearances and crunching tackles are pulled off with the same sort of ease with which he can move the ball. He isn’t as much of a threat going forwards (though, let’s be honest, not many centre-backs often are!) but what he lacks in goals at one end he more than makes up for in preventing goals at the other.

An interesting comparison can be made with Joe Gomez, who, when the Reds pinched him off Charlton as an 18-year-old in 2015, had far less of a reputation and considerably less experience at a senior level of the game than Davies does now. While Gomez took a while to get going at Anfield, Davies should be able to hit the ground running.

In short, though Liverpool will present a significant step up for Davies (no offence, fellow Preston fans!) Reds fans can expect a calm, level-headed, very experienced young centre-back who will fit right into their revered style of play and, crucially, has bundles of potential. And, at less than £2m, he’s one hell of a bargain!

How do you reckon Ben Davies will fare at Liverpool and, actually, do you think he’ll be given the chance?!

previousTom Ince: From Inter Milan to … Luton Town (Explained)
next‘Let’s Make a Soccer Team’ (2006) – A Football Game like No Other!