The Deschamps Decision that Transformed Patrice Evra in ’02 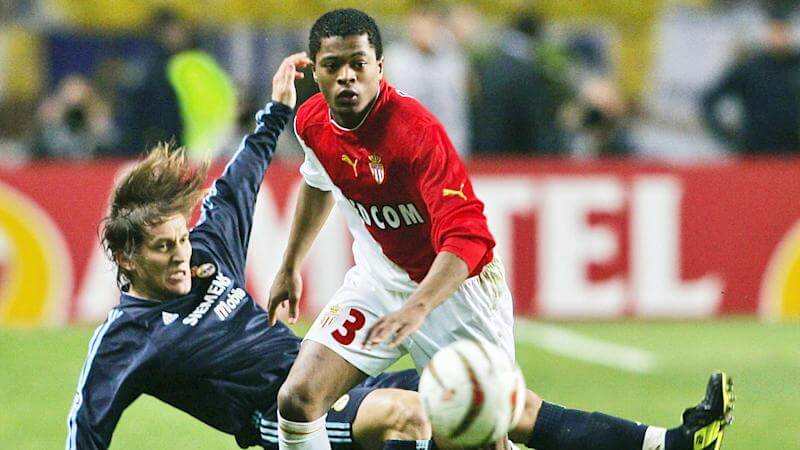 Sometimes, it can be something as simple as a positional alteration which can catapult one’s career from a prospect to an eventual stalwart.

In case you haven’t seen any of those Patrice Evra videos where he mentions how much he ‘loves this game’ or professes his adoration for any of his previous teams, let’s just say that he is one of those players that got into this crazy football world for the pure fun of it.

For the beginning of his career in particular with Nice in France, that was one of the primary focuses in his development as a professional. After all, it’s more common for young players to enjoy the attacking side of the game rather than the defensive side. And a 21-year-old Patrice Evra felt no differently at that time in his life. But thanks to a legendary patron of the French game, that was all about to change for the fresh-faced winger.

That’s right, for those who know him as no more than a wonderful wing-back … Patrice Evra began life as an attack-minded wide man – and it was relatively difficult at the beginning to get him off that train of thought. But if anyone was going to get him thinking a different way, it would be a person who’s been there and done it all.

Didier Deschamps – a tidy defensive midfielder-cum manager who came to coach Evra when he moved from Nice to Monaco in 2002, possessed the qualities to see what his new recruit was best at and to convince him that he was best at it. And once he trialled out the Frenchman in a more reserved position, the rest was history!

Don’t get me wrong, even looking at Patrice Evra on the left-hand side throughout his illustrious career will feature a number of driven forward runs and forays into the opposition penalty. But thanks to Deschamps, he developed the presence of mind to use his speed and footballing intelligence to ensure that his journeys into the attack didn’t leave his team over-exposed in the transition. In 4 years, his style became stuff of legend down there.

So much so, that Monaco were able to guide themselves to the most unlikely of Champions League final outings by the end of his second season. And his improvement in maturity and presence of defensive mentality encouraged a left-back-needing Manchester United to take a punt on him in January, 2006.

Arriving for a sum shy of £5.5 million – a relative pittance for someone of medium Premier League ability, let alone his – Patrice Evra soon adapted to the rough and tumble nature of English football to become an Old Trafford favourite. Sure, he was very good going forward and I’m certain he could have done a number there for United should he have chosen to stick to his guns. But his eventual legendary status achieved as one of the club’s greatest ever left-backs can be traced back to the simple, yet pivotal decision of Didier Deschamps.

Do you think Patrice Evra should have stayed a winger? Let us know!