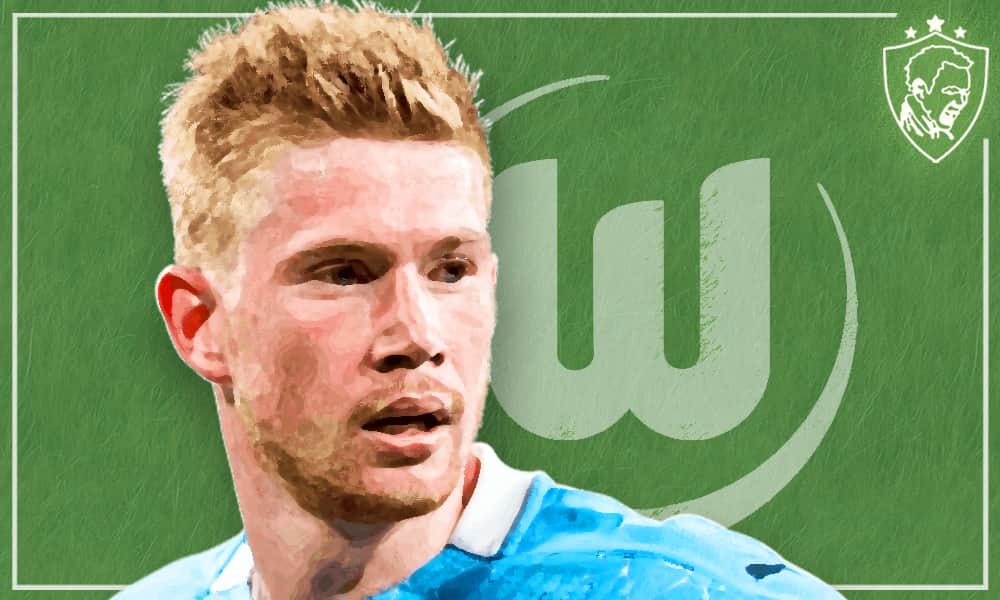 If this were on a CV, you’d think that the word ‘upgrade‘ was probably a loose term here, but let’s delve a little deeper into that …

In recent years, Kevin de Bruyne has quickly established himself as one of the best midfielders in the world. In fact, in terms of his club accomplishments, assertiveness in the middle of the park and arsenal of forward-thinking talents, I doubt there would be any midfielder who could rival him. Perhaps Pogba, but then, consistency, innit?

However, if you turn back time a little bit to before he was a record-breaking Manchester City player, life was a little bit different from the bright-haired Belgian. To the point where he was a part of the infamous Chelsea setup and subject to their even-more-infamous loan retention structure. True to form, and much like the likes of Mohammed Salah around the same time, it was time for Kevin De Bruyne to head of on loan … to prove himself *sigh*.

In 2012-13, KDB set sail for Germany (well, on a plane, but you catch my drift) to join Werder Bremen on a one-season loan move. By which point, he certainly made an impression in the Bundesliga midfield region. So much so that some were even ready to make his move a more permanent one come the seasons end.

As time would have it, VfL Wolfsburg (in a decidedly similar kit to Werder Bremen) would be the ones to put pen to paper on a rough €22 million deal to keep De Bruyne in Germany. Taking it as a season to prove to Chelsea why they were wrong to sell him permanently, the man completely set the footballing world alight over there.

With sizzling performances coming from the central-attacking midfield area, we got to see a lot of key characteristics that form the majority of the makeup of his current game. Over time away from Germany, I personally reckon that his set-piece ability has improved from when he was in Wolfsburg, but his technical knowledge on the ball, vision to pass between the lines and ability to shoot from distance were clear for all to see.

Also, the fact that he played over 50 appearances for the club in all competitions proved that Kevin De Bruyne possessed the consistency and resilience to work his magic in multiple tournaments. Which was always going to be key if he were to earn an even bigger move amongst Europe’s more elite institutions. No offence, btw!

Another key facet of his time in Germany – whether it was a conscious decision or not – was how he developed his physical stature over his season there. Almost immediately, he became more stable on the ball, a bigger presence of the air and his stamina held him through what was a truly arduous introductory season for him.

Nevertheless, it worked a treat for him, and the rumour mill spun out of control once his first year came to an end. At the time, Real Madrid, Juventus and Manchester City were the front-runners for his signature, and perhaps a mix of sticking it to the Chelsea hierarchy and the prospect of working under Guardiola made his mind up for him. There were also big plans for the Cityzens which featured De Bruyne more heavily, but more on that later …

On the whole, Kevin De Bruyne’s move to Bremen and indeed Wolfsburg are indicative of a man who’s as talented as he is resilient. It could have been very easy for the Chelsea debacle to derail his development and set him on a downward trend. Instead, KDB has never been better, and the Blues have probably never looked more stupid when it came to their transfer policy. Win-win, if you ask me!

What do you remember most about Kevin De Bruyne’s time at Wolfsburg and how important it turned out to be? Let us know in the comments below and share if you liked it!

previousCarlos Tevez: The Illegal ‘Hammer of the Year’ for 2006/07
nextWhen Gareth Bale Dismantled Inter Milan in 2010