Napoli: A Club of Cult Heroes 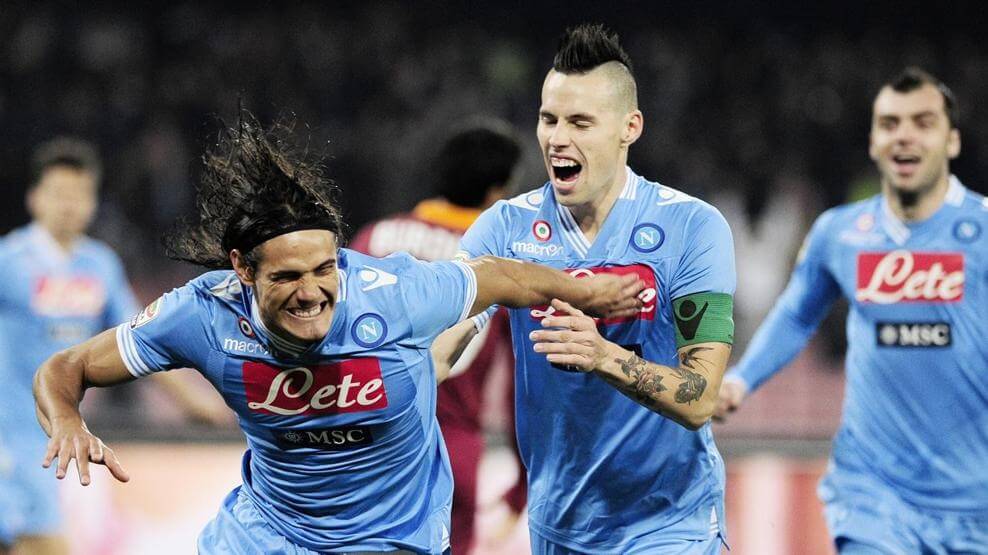 There are unique cities, unique fans, and unique clubs. Then there is Napoli, a club unlike any other in Italian football.

‘Napoli non é Italia’ Diego Maradona once said: ‘Naples is not Italy‘. And if you spend more than 5 minutes in the city, you begin to see what he’s getting at. The city has an infectious, almost tangible energy which allows players and managers alike to fall in love instantly. The real challenge as a player, however, is to get the fans to fall in love with you. After all, you will be following in the footsteps of one of the greatest to ever play the game (a task made even more daunting by the renaming of Napoli’s stadium from the San Paolo to the Diego Armando Maradona stadium).

This article will take a look at some of the players who have managed to achieve cult-hero status at the Neapolitan side. Before continuing, I must warn, Diego Maradona is not on this list. How could I omit the greatest player in the history of ‘I Partenopei’? Because, when consulting with Neapolitan and lifelong Napoli fan Armando Miranda (named after Diego Armando Maradona) on the greatest Napoli players, he also left him out. Why? With a shrug of the shoulders and a wry smile Armando simply said, “because he was not a player, he was a God”. And you can’t argue with that!

Antônio De Oliveira Filho, ironically known as Careca (roughly translates as bald) because of his thick black hair joined Napoli in 1987. Off the back of a personally successful World Cup with Brazil where he finished as 2nd top goal scorer, Careca earned a move to reigning Italian champions Napoli. After a trophy-less first two seasons with the club, Careca was the star of the show in the clubs UEFA Cup success in 1989.

The Partenopei beat Juventus, PAOK and Bayern Munich on their way to the final where they played a Stuttgart side spearheaded by Jurgen Klinsmann. Careca was top goal scorer of the tournament and scored 3 against Bayern in a 2-legged semi-final, followed up by 2 goals over two legs in the final to deliver Napoli their first European Cup. The following season saw domestic success as Napoli reclaimed the Scudetto for the second and final time in their history.  Careca would go on to score 73 goals in 164 appearances for Napoli and solidify himself as an adopted son of Napoli for his role in their golden generation.

Surprisingly, Cannavaro is the first and only Neapolitan native to make this list. Cannavaro started his career in the blue strip of Napoli before joining his brother (and Balon D’or winner) Fabio at Parma. 8 years later in 2006 Paolo returned to the Partenopei in the 2nd tier of Italian football. Paolo won promotion back to Serie A in his first season back at the club, and in the second he was awarded the captaincy for his troubles.

Under Cannavaro’s leadership the club went from strength to strength qualifying for the UEFA Cup in his 3rdseason back at Napoli. In 2011, he helped them earn qualification for the UEFA Champions League. ‘Cult Hero’ status was secured in 2012; when he lifted the Coppa Italia following a 2-0 victory over Juventus to give Napoli their first cup in 20 years.

His hairstyle is iconic as his football was mesmerising. Signed in 2007 from 2nd tier Brescia as a 19-year-old, few could’ve foreseen the Slovakian to go on and be Napoli’s all-time record appearance-maker and captain the club to a Coppa Italia. However, 12 years, 520 appearances, 121 goals and 2 trophies later Hamšík leaves a bona fide legend. Hamšík recorded more assists than any other player during his time in Serie A, and even frequently turned down transfers offers from across Europe, including bitter rivals Juventus claiming he could never switch allegiances. Always helps when you show a bit of loyalty to your adoring fans, isn’t it!

When discussing the legacy of Hamšík at Napoli with Curva B Ultra Armando Miranda, he states “Marek is the only one to come close to Maradona, he was a true Neapolitan”. That is the highest praise you can receive.

Is there a Napoli hero that should rank higher than these?! Let us know in the comments below!